The rise of 3D printing in automotive

Aerospace 3D printing specialist APWORKS announced that its proprietary additive manufacturing alloy, Scalmalloy, was added to the Formula 1 regulations after approval by the FIA (Fédération Internationale de l’Automobile). Originally developed by APWORKS and its parent company, Airbus, for high-stress aerospace components, Scalmalloy is a blend of aluminum, magnesium, and scandium. The high-strength, low-density nature of the alloy makes it a great contender for lightweight structural components, and it can now be used for end-use parts in F1 cars.

Jonathan Meyer, Chief Product Officer at APWORKS, stated: “We are proud to see Scalmalloy in the list of approved materials. Scalmalloy still stands head and shoulders above all other additively-processable aluminum alloys on the market, and due to its aerospace pedigree its performance is backed up by all the evidence necessary to give confidence in design.”

“Our goal is to industrialize 3D printing methods more and more for automotive production, and to implement new automation concepts in the process chain,” said Daniel Schäfer, Senior Vice President for Production Integration and Pilot Plant at the BMW Group. “This will allow us to streamline component manufacturing for series production and speed up development. At the same time, we are collaborating to systematically integrate the technology and utilize it effectively.”

Also in July, automotive start-up Czinger announced a 2021 launch date for its first 3D printed hypercar, the 21C. The vehicle is largely hand-assembled, and will cost around $1.7M. The LA-based manufacturer has stated that the 21C will be fully street legal, but plans to only produce 80 models. Rather than just 3D printing a dashboard trim or an emblem, Czinger has enlisted help from 3D printer manufacturer SLM Solutions to additively manufacture critical load-bearing structural components in the vehicle’s frame.

Former boxing champion Mike Tyson obtained a global 3D printing license for edible cannabis products via his business, The Ranch Companies. Having partnered with beverage firm Smart Cups, Tyson developed a 3D printed plastic cup with infused cannabis extract additives. Users activate the additives with the addition of water, creating what is essentially a drinkable joint. According to Tyson, the approach could lead a more consistent dosing profile when compared to the more conventional inhalation method.

“For The Ranch Companies, it is very exciting to be working with Smart Cups’ technology, because it gives us the opportunity to make anything that is possible with this innovative tech,” said Tyson in an interview with Forbes.

Food 3D printing company Redefine Meat also announced the launch of its first industrially 3D printed plant-based product. Dubbed the Alt-Steak, the vegan-friendly beef substitute is printed using the firm’s own patent-pending process, and is set to hit the market sometime in 2021. In a bid to replicate the taste and texture of a premium steak, Redefine Meat brought in a number of butchers, chefs, and food technologists to digitally map over 70 taste parameters directly into the Alt-Steak.

Eshchar Ben-Shitrit, CEO and Co-Founder of Redefine Meat, explained, “Since day one of the company, we have been working on creating a tasty and affordable plant-based alternative to steaks, one of the most cherished food products and the driver of the entire meat industry. To enable mass adoption, we knew that creating an alternative meat product that was both high in quality and nutritional composition would require new technologies and production processes never seen before in the food industry.”

Additive manufacturing innovation organization America Makes awarded aerospace and defense manufacturer Raytheon Technologies with $841K as part of its Additive for eXtreme Improvement in Optical Mounts (AXIOM) Project Call. With the goal of “supporting the continued technological advantage of the U.S. Air Force”, Raytheon has since been using the funding to develop a revamped software workflow for laser powder bed fusion. The software is intended to allow users to more easily generate topologically optimized optical mounts which can then be 3D printed.

John Wilczynski, Executive Director of America Makes, stated: “The awarded Raytheon-led proposal details an approach that includes numerous tasks, addressing the relevant technological gaps for the design and production of additively manufactured optical mounts. For the Air Force, our membership community, and the broader supply chain, the anticipated outcomes of the Raytheon effort will be very transformative and valuable.”

Finally, the National Football League (NFL) and Football Research Inc. (FRI) announced that they had awarded $1.37M in funding as part of the NFL Helmet Challenge. The award was split among three different groups working to develop 3D printed protective headgear, with the winning design set to be implemented into real games by next summer.

Jeff Miller, NFL Executive Vice President of Communications, Public Affairs, and Policy, stated: “By bringing together experts from multiple disciplines, the NFL Helmet Challenge aims to encourage revolutionary advances in helmet design. The awardees demonstrated the potential to do just that. We’re very excited to support their efforts and test their prototypes next year.”

Subscribe to the 3D Printing Industry newsletter for the latest news in additive manufacturing. You can also stay connected by following us on Twitter and liking us on Facebook. 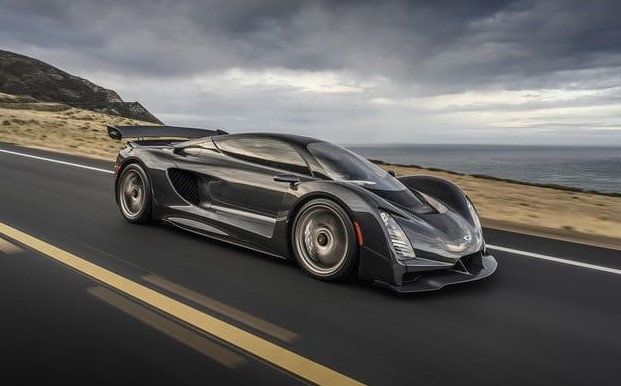