3D Printing Human Evolution, and the Geologic Material Around It

The Smithsonian recently announced its X3D project to digitalize the 137 million priceless items in its collection and make them available for 3D printing everywhere. Even before the largest museum institution in the world made its interest for 3D technologies public, however, other smaller initiatives had begun to explore the possibilities 3D printing offers to scientists, geologists and archeologists. Projects such as Africanfossils.org and GeoFabLab opened the way for the momentous Smithsonian X3D initiative and are still offering something a little different.

Africanfossils.org is based in part upon the groundbreaking discoveries by Kenyan archaeologist and anthropologist Louis Leakey, who proved that human beings were far older than had previously been thought and that human evolution was centered in Africa. The fossils he used to support these theories are now on show in a small museum near the Lake Turkana area, on the Kenya-Ethiopia border. 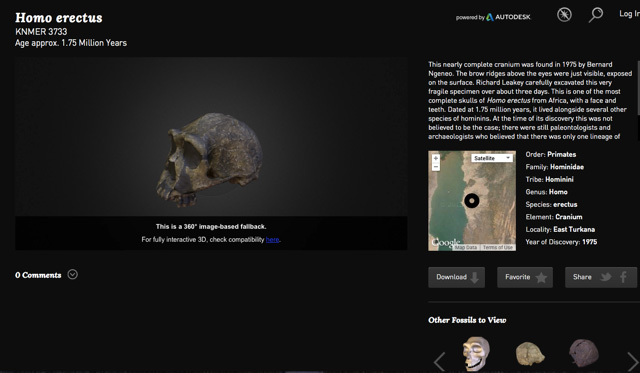 As incredibly important as they are — or just for this reason — the only way to study them has always been to go there in person. Now, through the program support by Autodesk, the National Museums of Kenya, National Geographic, Stony Brook University and the Turkana Basin Institute, people can visit a virtual 3D representation of the museum and view the most important fossils in perfectly rendered 3D details.

Each fossil, captured through SLR cameras and modelled using Autodesk’s 123D Catch and ReCap Photo software, can be viewed online. Schools and institutions can even download the digital models (they are freely available under a Creative Commons non-commercial license) and subsequently 3D print physical replica models of the fossils to study them thousands of miles away from their place of origin.

The GeoFabLab project at Iowa State University is focusing on the rocks. It aims to create an efficient workflow to “photocopy” and study them by allowing universities and institutions worldwide to collaborate. Its final goal is to facilitate interactions with other fields of research such a materials science, biotechnology, microscopy and surface chemistry.

Franek Hasiuk, of the Department of Geological and Atm Sciences, and his team use a Makerbot Digitizer 3D scanner to capture the shape of the rocks. Through CT scanning, available thanks to the collaboration with Dr. Joe Gray from Iowa State’s Center of Destructive Evaluation (CNDE), it becomes possibile to view and digitally reproduce the internal structure of the rocks, which can thus be printed out. 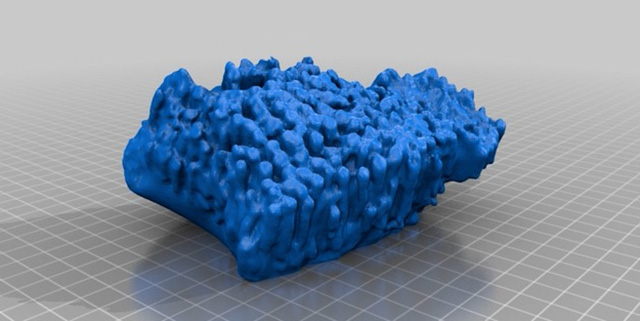 Kenya and Iowa are important locations for these studies, but for someone living on a different continent, it may never be possible for them to visit in his or her lifetime. However, with 3D scanning and 3D printing technologies it is possible to ‘access’ these locations in a tangible way, and even ‘bring back a souvenir’ that may tell the tale of our Planet and of our own human evolution.