Now that desktop replicators have been replicating for a while, there are so many options on the market that navigating them can be worse than shopping for health care in the United States. Eager to get into the process of producing your first 3D print, you might end up making a purchase that you later regret. And, because a lot of these printer designs are still new, there are a slew of bugs and kinks to work out. The result for some consumer-turned-prosumers may be a bit of disillusionment that could reflect negatively on the technology as a whole. 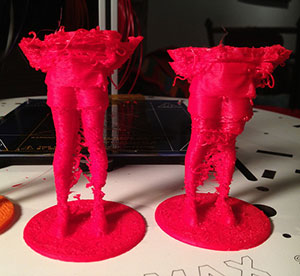 What’s prompted this article? Well, during the cause of my continued 3D printing research, I came across a few reviews online in which individuals were disappointed with their recent 3D printer purchases. The problems with a new 3D printer, as you might expect are varied, and can range from poor customer service to malfunctioning printbeds to software issues. Now this is not to disparage particular brands, rather the intention is to highlight a problematic trend and take time to consider it. I doubt there is any 3D printer currently available that is without issue. My first for instance though, is a YouTube user, who had owned an unspecified 3D printer in the past, and who bought a fully-assembled LulzBot machine with which he had difficulty changing the nozzle on his extruder. In attempting to do so, he destroyed the threaded rod attached to his hotend, and needed to replace it. It turns out that the issue was a manufacturing defect, that he’d received some shrunken hotends; this and lackluster customer service led to a series of rants on YouTube.  Meanwhile, another individual purchased a CubeX Duo, after being happy with previous 3D Systems Cube machines, and experienced some serious Z-axis problems that prevented any printing whatsoever. Despite the quality customer service from the manufacturer, he was never happy with his purchase.  In fact, he recommended a LulzBot machine, instead.  Another customer bought an Afinia H-Series and found the minute adjustments necessary to perform reliable prints to be such a hassle that he rated the machine one star on Amazon.

In these cases, the issues were a result of attitude, defects or poor design. Such frustrations are not uncommon in this nascent industry, with users of a wide array of 3D printers becoming frustrated with their machines.  While I love my Bukobot, for instance, I’ve had to constantly tighten, re-level and troubleshoot. Just yesterday I called to have a small plastic part replaced because I’d managed to clog the extruder. Though it may turn some users off of the new tech altogether, these setbacks are representative of the industry’s specific point in history as I write.  In fact, it’s because of these frustrations that the technology will grow. 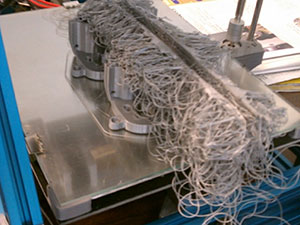 We’re still at the very early stages of desktop 3D printing. The learning curve for the industry is a steep one and we’re on the steepest part of the slope. Though the majority are excited about its potential, there are going to be a number of hiccups along the way to a relatively problem-free process. Unfortunately, some people have to pay the price of getting in early and it is their misfortunes that push the process forward. As users report bugs and design issues, 3D printer manufacturers will learn to make them better, more efficient, stronger.

At the same time, there is a proliferation of machines on the market. I can’t give my opinion on all of them, because I haven’t seen them all in action, yet (has anyone?) but the odds are that there will be a lot of lemons at these early stages. Different companies are attempting to take advantage of the hype and will put an inferior machine out on the market, simply hoping to make some money in the short term. What I predict, in the next few years, is a bit of evolution. A lot of these 3D printer manufacturers will be deemed unreliable and fade away and the survivors will learn from their mistakes. And the group will be left with a collective set of lessons on how to move forward successfully, leading to more efficient, more robust machines. At that point, 3D printing will be acceptable for the mainstream.

By then, everyone will be plagued with the usual manufacturing defects, poor customer service and software bugs that we’ve grown so accustomed to with our smartphones, inkjet printers and laptops. The early adopters of this wonderful, but nowhere near perfect, technology can reminisce about the difficulty and finesse with which they used their original 3D printers and how easy the kids of the future have it.