Germany’s leading aeroplane engine manufacturer racked up more than $1 billion of orders at a single air show and 3D printing is driving the future.

The Farnborough International Airshow in England is one of the biggest aerospace industry events of the year and it’s a great opportunity for the big companies to do business. MTU Aero Engines brought the advanced geared turbofan (GTF) engines it makes in association with Pratt & Whitney that it predicts will carry the company on its shoulders.

“The geared turbofan technology continues to be in very high demand among airlines,” says MTU Chief Executive Officer Reiner Winkler. “For MTU, the GTF will be the most important propulsion concept of the future. With our high market share in programs for short- and medium-range aircraft as well as regional and business jets, we also stand to benefit from the aftermarket business in future.”

Where can you find the geared turbofan?

The GTF family already powers the Aibus A320neo, as MTU Aero Engines works with Pratt & Whitney, among others. Orders are already in place with Embraer, Bombardier, Erkut and Mitsuibishi. This new technology can help power the next generation of flight and can help lower the fuel consumption, while increasing the speed and range of private and commercial jet engines.

Orders also came in for the PW1200G and PW1900G variants for the Mitsubishi MRJ90 and Embraer E-Jets. Swedish company Rockton has put in an order for 20 Mitsubishi MRJs, while Embraer received 20 orders from Arkia Israeli Airlines and Indonesian company Kalstar Aviation. 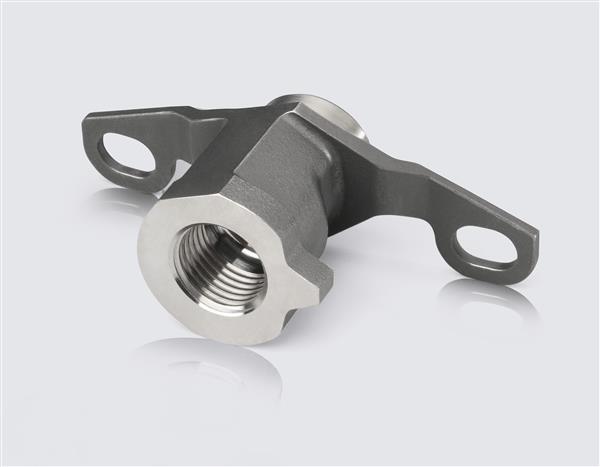 How 3D printing played its part

Aeroplane parts simply cannot fail, this is a given, so the industry’s gradual acceptance of 3D printing as an integral part of the process is a ringing endorsement of how far additive manufacturing has come in a short time. Now the likes of Airbus, Boeing, GE Aviation and more are relying on 3D printing on a daily basis and the rapid prototyping is giving way to full manufacturing.

Airbus has its own division working constantly on 3D printed parts for its own companies and the world at large, GE has opened CATA in Pittsburgh to lead the way with additive manufacturing and MTU is in on the act.

EOS is the driving force at MTU

It has a fleet of seven EOS 3D printers at its Munich headquarters and has been using them to create nickel alloy bosses for the GTF engines. Before the company switched the additive manufacturing, these cast items were hugely expensive and time consuming to produce.

3D printing is tailor made for this kind of role with limited production, designers that want to refine their concept over time based on results and customer feedback and customers that want the very best parts at the best possible price.

Essentially a Geared Turbofan engine puts a gearbox into the shaft so that the fan and low-pressure turbine can rotate at different speeds. This makes for a more efficient turbofan and can increase the bypass ratio, which is critical when it comes to fuel consumption and noise levels.

This will help drive the whole industry forward and this big idea, combined with the constant evolution of the jet engine’s peripheral parts, should help the planes of tomorrow go further, faster and on less fuel than ever before.

Turbine foils, fuel injectors and other parts are often 3D printed now as it gives the designers the chance to reduce the number of parts, strip weight and increase the strength at the same time. There is no downside now that 3D printing has proven itself.

MTU is going from strength to strength and Farnborough was a cause for celebration. Not just for the Munich company, but for the 3D printing industry as well.