3D printing gives retiree a grin like his Cheshire Cat

Retired software engineer and technical director Steve Solomon has discovered his sense of fun, along with 3D printing. He is fast achieving internet fame under the moniker RedDadSteve, thanks to his cartoon-inspired designs on MyMiniFactory.

The American has brought us Fred Flintstone, Dilbert and Hagar the Horrible. His crowning glory, though, is the grinning Cheshire Cat from Alice in Wonderland.

You can see his best work and download the designs on MyMiniFactory.

A new hobby was born

Steve was looking for a new hobby after retiring from a 40-year stint as a software engineer and technical director at a financial company. There was clearly a pent up artist inside him, as well as a comic side that probably didn’t get much of a chance to shine in his job.

When he bought a Creator X FlashForge 3D printer, that changed and he discovered a new passion for holding the result of his computer work in his hands. Sharing his work online is one of the biggest thrills of the whole process, too.

“In my work, everything I did was related to software development, so everything was intangible, impossible to hold something in your hand and look at the result of my efforts,” he said. “There was always an improvement, an emergency or something and therefore never final result. With 3D printing, now I can model something, print it and share it online as a fully completed project. It is a real pleasure to get as concrete results. “ 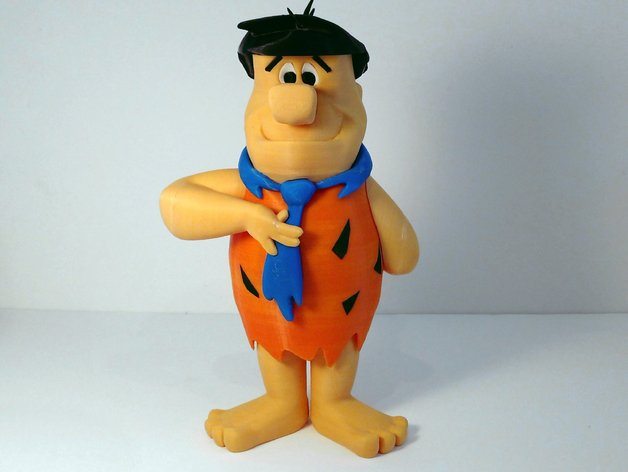 His wife is an essential part of the team

He works side-by-side with his wife, who chooses the subject matter and chooses the stance. Steve then checks to see if it has been done before. If it has, he moves on. If nobody has done it before, he puts his technical knowledge to the test and rises to the challenge. It’s the essence of the maker movement. “My goal is not to improve existing designs, but rather to create new ones,” he said.

Steve is completely self-taught and had to learn Blender from scratch. It’s an inspirational tale, if nothing else, for those that struggle with the software packages. “I have no background in 3D modeling, but there are so many excellent teachers and tutorials on the Internet, it is actually quite simple to learn how to use Blender,” he said.

“I try to create models that do not require print media. Therefore, I consider that the slicer Simplify3D is all part of my modeling process. Simplify3D allows me to locate models weaknesses and plumbs. So goes through many Blender-Simpify3D-Blender iterations before the final 3D printing. “

From disasters to doyenne

Like every maker, Steve had some disasters in the early days and struggled to get the right level of infill, among other things. He says it’s all part of the growing pains and now he has developed a feeling for the right settings.

“When I started modeling, I needed many test prints to find the correct calibration and the correct settings. But now I have enough experience to start printing directly being almost certain of the result.

“There’s two years ago when I bought my 3D printer, I spent a lot of time to improve the settings and find the perfect solution for the parts adhere well to the printing plate. The impressions took off, twisted or too stuck to the tray. Until the day I installed a magnetic plate GeckoTek, it gave me a real comfort level printing! “

Steve is a shining example of how you can pick up a 3D printer, learn the software and become a 3D printing expert. All it takes is the dedication to master the craft and you could join Steve and have a huge following on MyMiniFactory before you know it.