It has been a couple of months since I last looked at a 3D Hubs’s Monthly Report (arguably one of the most comprehensive hard data source for the young and blooming personal 3D printing sector) and quite a few things have changed. Registered 3D printers keep growing and, now, they are up to 18,500, with two delta 3D printers now in the top two spots as the highest rated (more on this further down). One thing that popped up as I scrolled through the charts and tables is that the top five cities for registered hubs coincide with most of the world’s fashion and design capitals: New York, LA, Milan, London, and Paris. 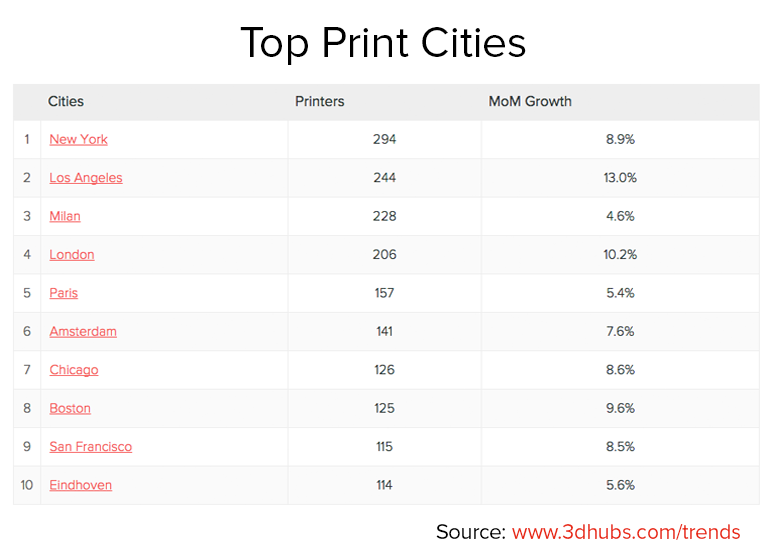 So, personal 3D printing is more present where the fashion and design industry is stronger. What does that mean? Well, there is no doubt that fashion professionals and design studios are among the biggest adopters of this technology. In LA, this often blends in with the movie industry, as well; while, in the other cities, the growth is also fueled by flourishing arts and crafts activities.

For the first time, 3D Hubs also tried to define the trends in the users of its 3D printers, finding that, for the most part, they are either Professionals or Makers, as well as a new category defined as “Pioneers”. In fact, in the industry as a whole, professionals probably make up a much larger percentage. 3D Hubs, though, generally refers to a new type of professionals, those that began implementing 3D printing more recently, as the prices of the machines made them more affordable. This likely includes mostly fashion and design studios. 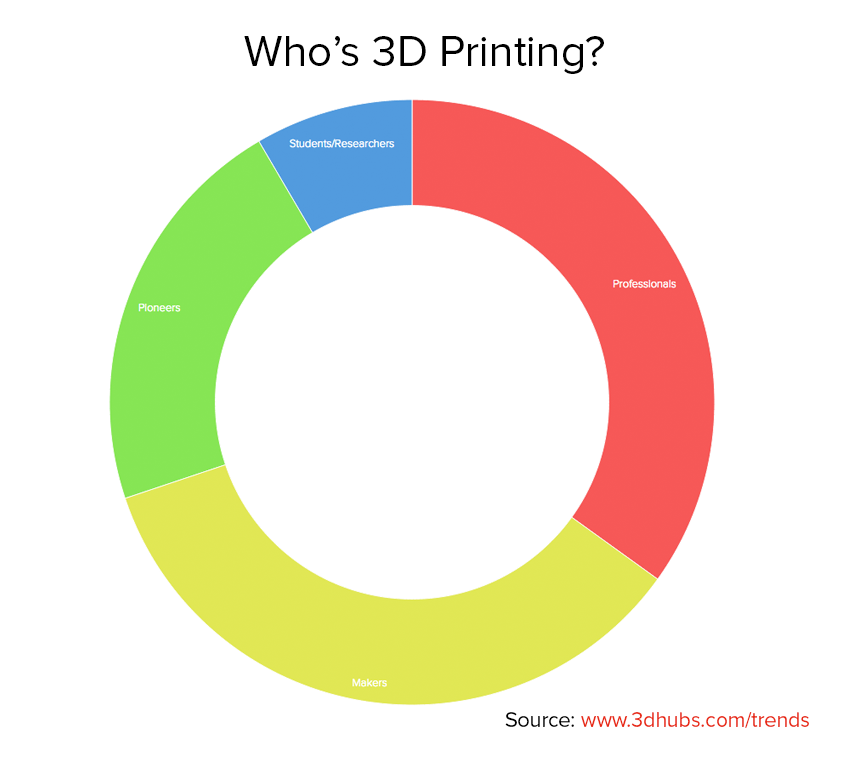 The rest of this month’s trend report is fairly stable, with MakerBot (2 and 2X), Ultimaker 2, and some RepRaps making up most of the popular 3D printers in all four regions (Europe, North America, South America, and Asia) and, as mentioned before, the Kossel XL and the DeltWASP delta 3D printers taking the two top spots on the Highest Rated 3D Printers chart. Third spot is occupied by Zortrax’s M200,. It should be noted, however, that the Zortrax system has 568 reviews – more than any other 3D printer in the top 20 list, while the two deltas have about 50 each. Speaking of trends, LulzBot’s TAZ 5 is this month’s trendiest printer with +77.3% month on month growth.

The “untrendiest” chart is that of Color Distribution, where black and white continue to make up about 50% of all filament use reported within the 3D Hubs network. Also showing a stable trend is the Popular Print Categories, where Prototypes and Scale Models still make up the highest average order values, with Art/Fashion coming in third.

The only possible disappointment is that, in the new “Who’s 3D Printing Chart”, students and researchers make up the smallest percentage (8.5%). For researchers, that might be due to the fact that most of their work is done with higher end industrial 3D printers, not generally part of the 3D Hubs network yet. For students, though, that would seem like a serious shortcoming on the part of educational institutions worldwide. Perhaps the 3D Hubs team should begin targeting schools and universities more aggressively in the future, in order to maintain its exponential growth rate. 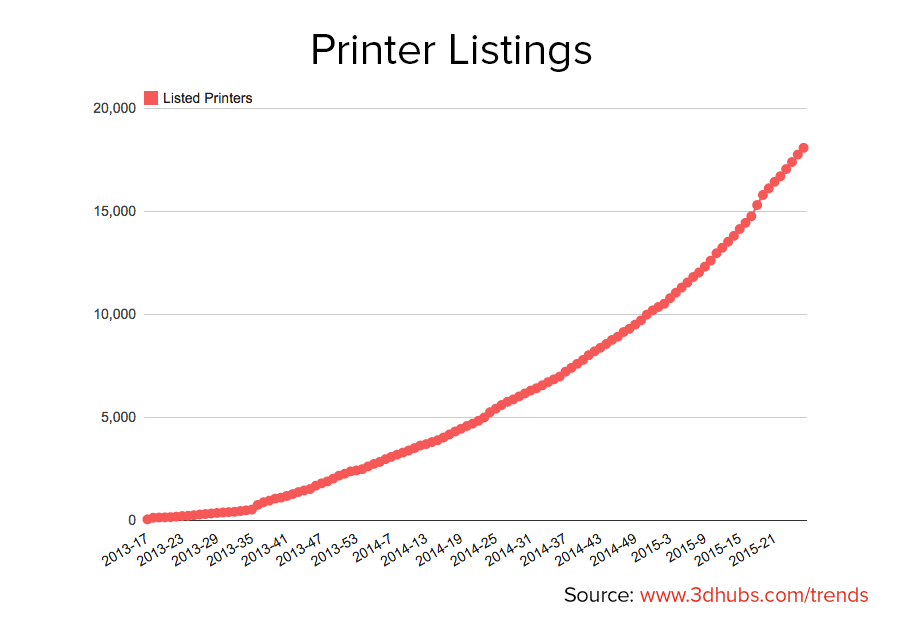