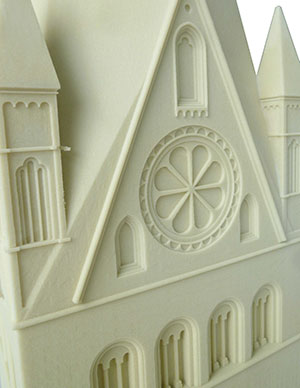 Soest is a beautiful city in central Germany where a couple of local organizations — Kreis Soest and Wirtschaft & Marketing Soest GmbH — are promoting a trendsetting project that they are using encourage new tourism experiences for visually impaired and blind visitors to the area allowing them to touch and feel 3D models of local architecture. Behind the scenes of this project, called Guide4Blind, 3D printing technology from German industrial 3D printer manufacturer voxeljet, is playing a big role in bringing it to fruition and making it work.

Guide4Blind, as the name would suggest, aims to guide blind people through the inner city of Soest through suggested routes, while at the same time providing them with very realistic impressions of noteworthy buildings along the way. A navigation app provides a quick solution for route guidance purposes. The city’s main buildings become “visible” to the blind/visually impaired by way of precise and scaled bronze models, located alongside the respective landmarks.  Visually impaired visitors and tourists can touch and feel the bronze models to obtain a detailed impression of the shapes and surfaces of the buildings. 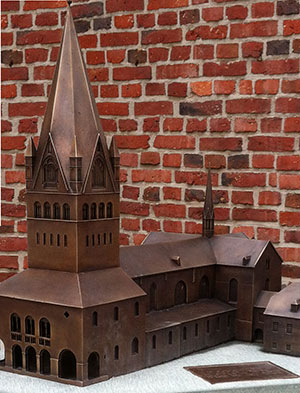 According to Rudolf Franz, COO of voxeljet technology,”When we received the inquiry about creating plastic models for three important Soest landmarks, which would subsequently be cast in bronze, our aim was to create models that are as precise and true-to-detail as possible – hence this project was tailor-made for the precision printers at our service centre.” 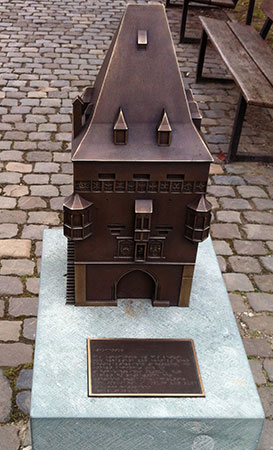 Once the data for the buildings was available, the large-scale voxeljet 3D printers started the fully-automated assembly of the buildings using the layer building method. The process gradually yielded the Osthofentor, the Wiesenkirche and the Patroklidom landmarks. Speciality foundry Strassacker subsequently created the high-quality casts of the bronze models reproducing the accuracy and depth of detail.

The three bronze models have now arrived at their destination and form a part of the tourism experience in Soest’s downtown area for the blind and visually impaired. Braille tablets also provide a brief explanation about the building with the bronze models.