Charge Bikes, a UK-based manufacturer of manpowered two wheelers, has joined forces with EADS Innovation Works, a branch of the global aerospace-slash-defence group, to create a super bike. We’re not talking super-charged take off or Bond-ish weaponry popping out from the back of the seat here, but still, this bike has unique some features.

What Charge Bikes has done, is used 3D printing to build complex titanium bike parts, benefitting from one of the key features of the tech related to this type of product – the ability to create intricate objects in a single build without additional (sub)assembling work – or just multiple different parts. For the process they used an EOS machine, an EOSint M 270 to be more precise, which is, a DMLS (direct metal laser sintering) 3D printer.

This is another good example of from the widespread industries in which 3D printing has the potential to create added value through speed and other resource savings – but as of now, it’s also important to note that the costs can still prove prohibitive. As a result,  we are not likely to be seeing 3D printed bikes commuting to their respective bike racks in front of tall buildings every day.

In the short video below you can get a glimpse in to the process – with the EADS representative, Andy Hawkins, mostly explaining the DMLS 3D printer’s functionality. 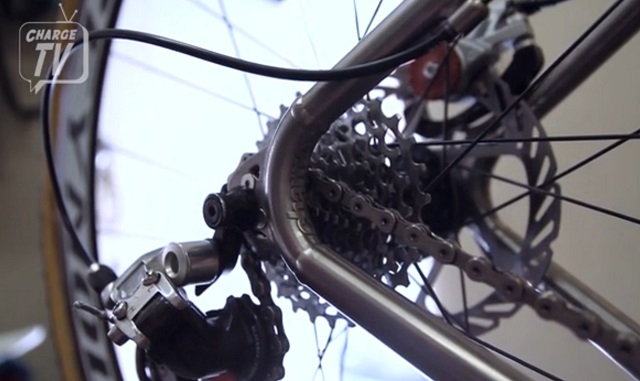