3D Printing Ceramics with the Sound of Some Solid Vibes

We’ve seen how 3D printing technology has been used to artistically represent the physical world, but only few, like Reify and artist Gilles Azzaro, have explored the ways that sound can also be manifested by 3D printing, too. But what if you were able to own your favorite song or album in the form of ceramic pottery? Well, two artists based in the Netherlands, spatial sound designer Ricky van Broekhoven and designer Olivier van Herpt, have teamed up to make this intriguing idea of evoking sound in 3D a reality. The collaborative effort resulted in Solid Vibrations, a project that involves taking the vibrations created from a sound or song and and capturing them into 3D printed ceramic objects. 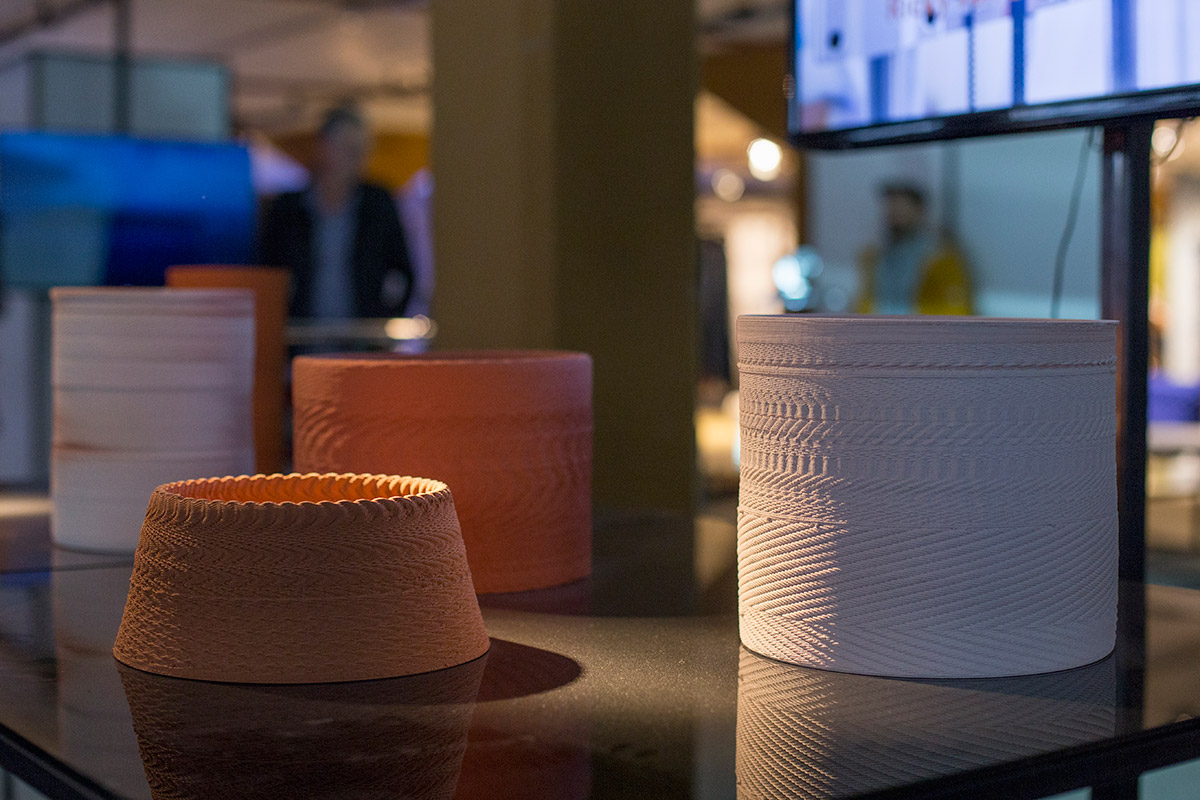 With van Broekhoven’s specialized experience in sound design and van Herpt’s knack for utilizing 3D printing materials (particularly outside of conventional plastics), the two design artists are showcasing the unique patterns that sound vibrations are able to create, while also proving 3D printed ceramic material as an ideal medium with which to do so. Using a ceramic 3D printer engineered by van Herpt himself, the artist found that, by mounting a speaker below the 3D printing build platform, the amplified sound would create Moiré patterns within the ceramic print surface. These Moiré patterns, which look like tight-knit water ripples or sound waves, were not exactly expected by van Herpt, but the compelling accidental design inspired him to reach out to van Broekhoven to further research the idea of making object out of sound waves. 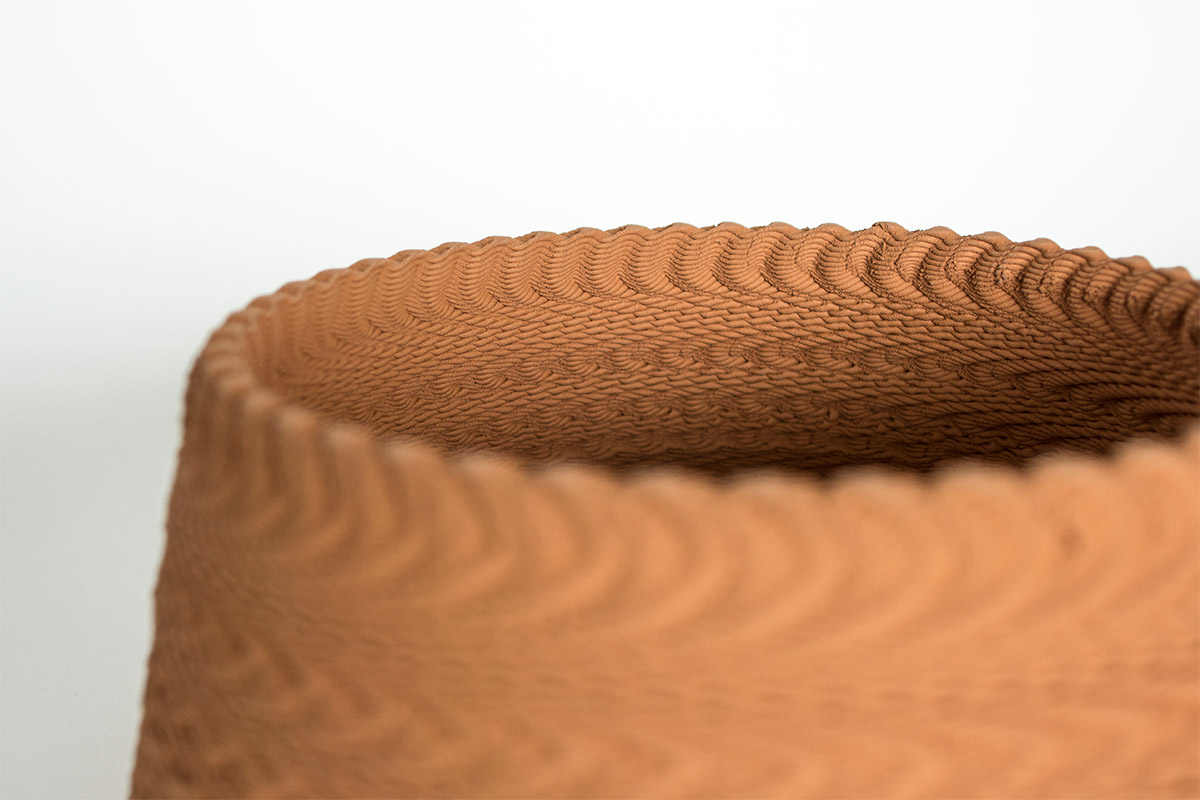 “To combine the temporal sound driven nature of his work with 3D printing would let noisescapes become things,” the Solid Vibrations project description on van Herpt’s website reads. “A moment in time, a song a sound, they can now become objects that encapsulate the moment forever.” 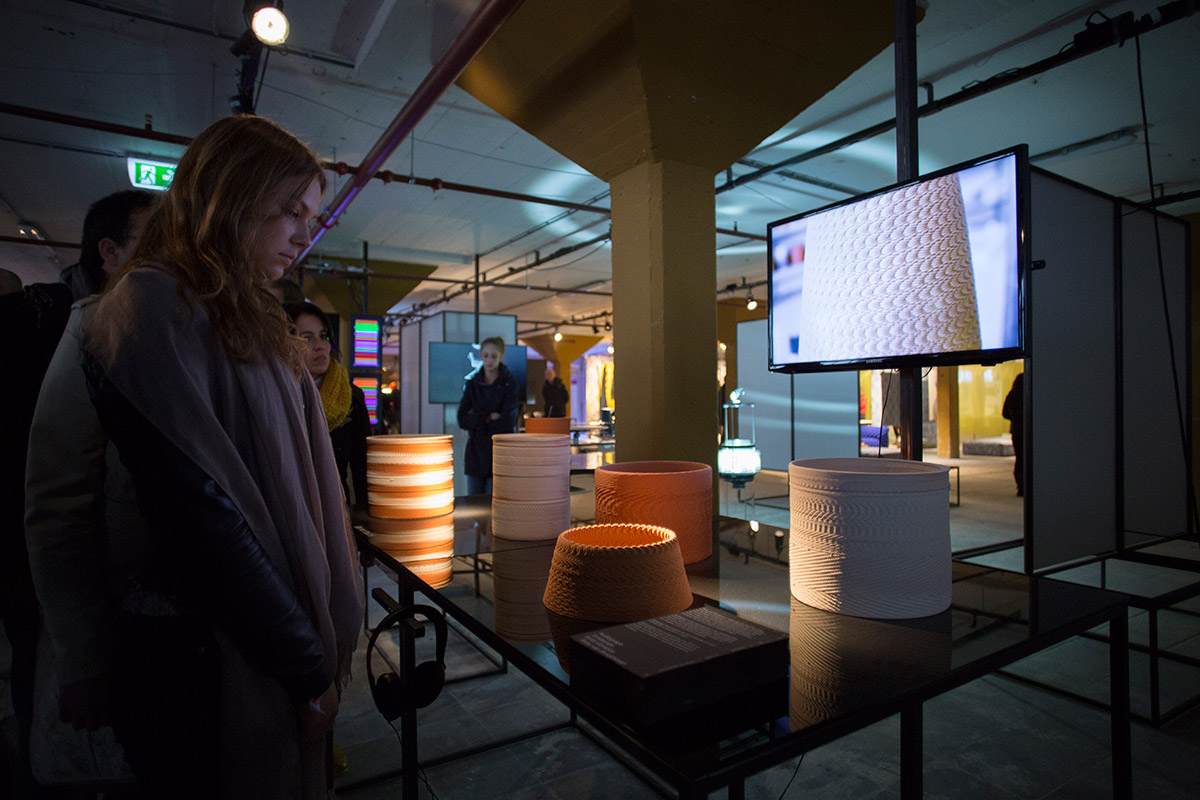 The manipulation of the clay material via sound waves produces 3D printed ceramic pottery that appears both tightly woven and loosely flowing, as the Moiré patterns seem to wrap around and intersect with one another, yet never seem to end. This is certainly not Oliver van Herpt’s first go-around with 3D printing either. The designer has also experimented with real-time 3D printing that is able to sense the external environment and change pattern designs on the spot, and has even developed an open sourced extruder to 3D print with actual beeswax material. His latest collaborative project with van Broekhoven is yet another example of how van Herpt is pushing the boundaries of what we can represent through 3D printing. The Solid Vibrations project shows that we can physically manifest sound waves in ways we never thought were possible, and that maybe our favorite tunes actually look better than they sound!