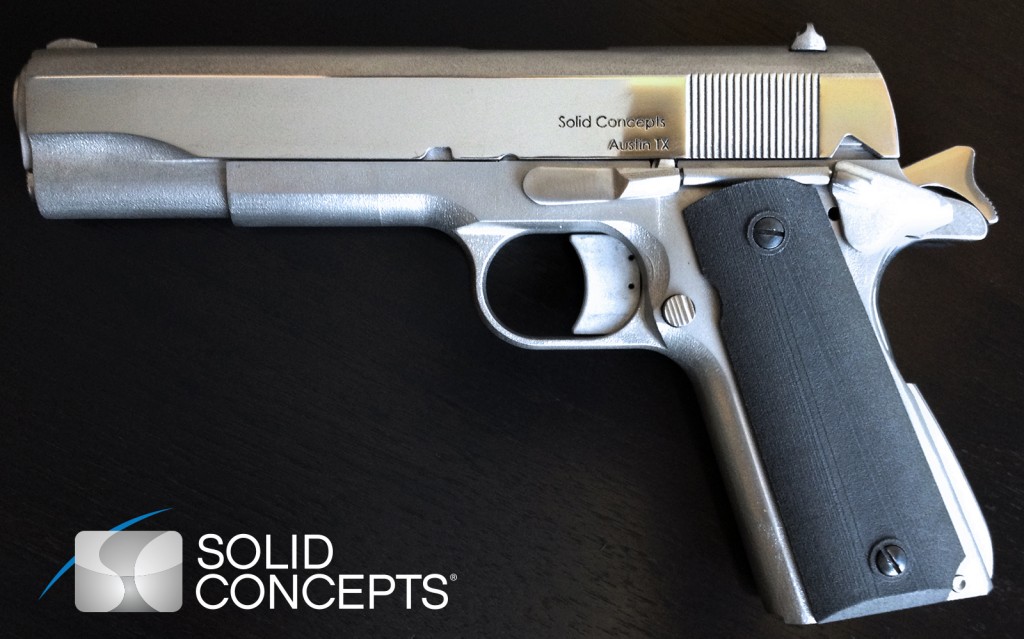 The manufacturing prowess of 3D printing has been proven to be a tremendous disruptive force in a host of technological fields, constantly breaking barriers of what was previously thought possible and tackling issues which couldn’t be approached with traditional manufacturing methods. The variety within this technology’s portfolio is staggering and we are only now starting to understand the deep implications of this newfound addition to our toolbox. The way we do and create a business has changed and it has gone as far as making us rethink the very foundation of our manufacturing processes and how it all fits together in the larger scale pipelines. And between the customized products and the innovative design exhibitions there is a more practical, heavily funded world which is grasping a future of possibilities: the military.

In the long years since additive manufacturing made its debut, the military has been keeping close attention to this new manufacturing technology, keeping an open mind to its claims of absolute customizability but at the same time experimenting with it and putting mind and money to see where it could lead. The results are nothing short of a science fiction book and they have motivated the military to invest heavily in what they prospect to be the main manufacturing force at their disposal.

The democratization of 3D printing lead to many a design for anyone to obtain and manufacture and, of course, guns where in their midst. In 2013 the first, entirely 3D printed handgun had been released on the internet, the Liberator, capable of shooting 9mm bullets. The printed gun would be entirely untraceable and completely customizable, enabling anyone to manufacture a hand gun at home with the press of a button. 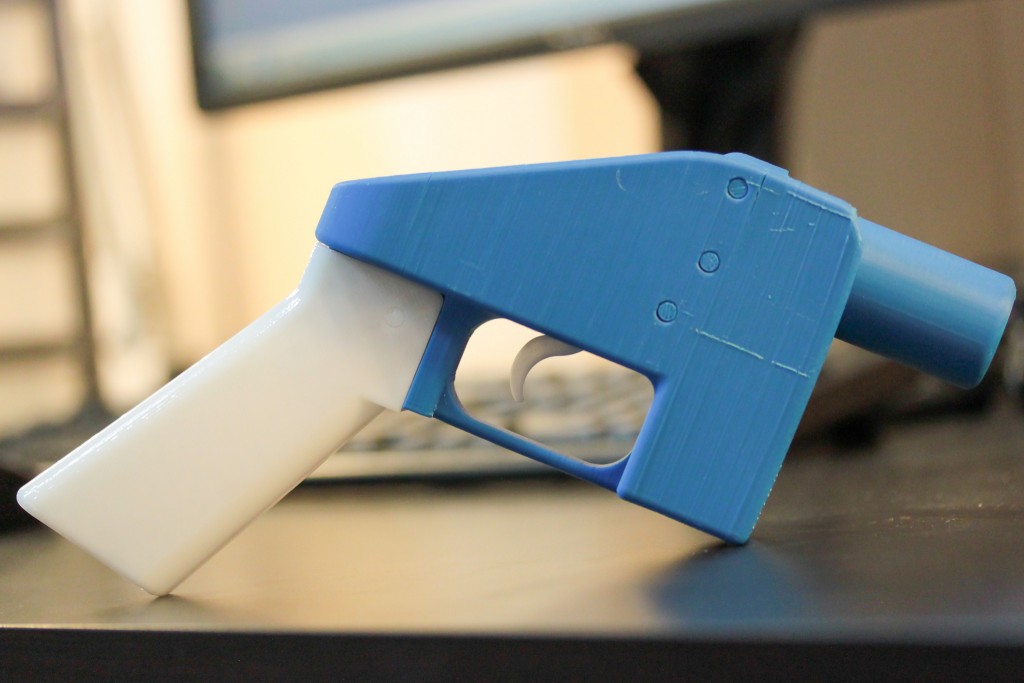 We’ve come a long way since plastics though and ultimately the concept has come full circle when the company Solid Concepts revealed a 1911 handgun entirely 3D printed in metal. The perk of working with metal alloys is a much more reliable and safe to shoot weapon. This of course being a whole other level of manufacturing expense, the weapon is outside the reach of most people but it serves as an example that the technology is mature enough to be used as an alternative to traditional methods of production, with striking implications. The concept goes hand in hand with guns that are built to be as modular as possible, allowing the owner to make the them of every shape and size imaginable. An example of this is the AR-15 (M16), a weapon designed to fit with different types of modules and now being bolstered by the capabilities of 3D printing. The people at HaveBlue have created a custom .22 caliber pistol from a 3D printed AR-15 lower receiver and a regular upper receiver. The weapon was capable of shooting 200 rounds without any sign of wear with a part that only took $30 of resin to print.

With the ability to print with convenient materials like plastics or much more performant metal alloys the old logistics of keeping large inventory of replacement parts on the front lines could be turned on their heads, enabling solders to get freshly made spares on the spot without the need for supply lines if not for the raw materials. 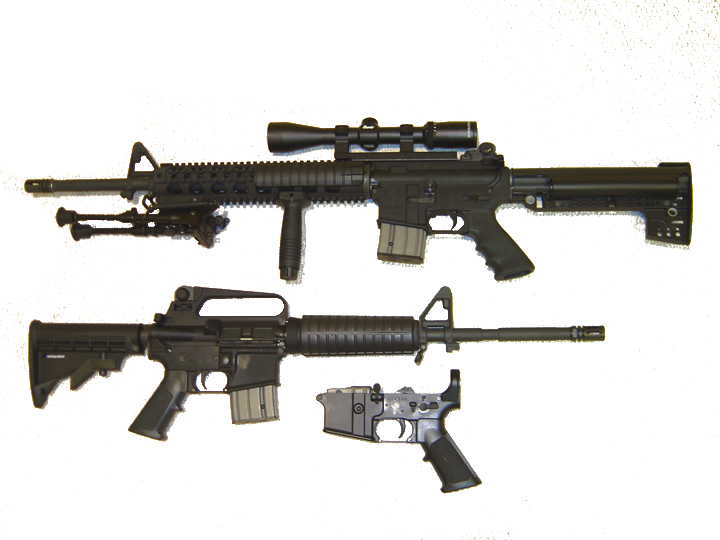 This solution could work with another face of the war effort: providing food and sustenance for the troops. Keeping thousands of soldiers fed is no small feat which by itself takes up a big chunk of the logistics costs. 3D printing is already being experimented as a means to manufacture meals which not only could provide for the daily ration but also give soldiers the customized care for any condition they might have. If they’ve been injured in the field the meal could include a dose of supplements to help with the recovery or if they are ill it could be fitted with antibiotics to get them back on their feet as soon as possible. This kind of customization is direly needed in front of a very diverse group of individuals and being able to tend to a wider array of needs is of great benefit to the military. 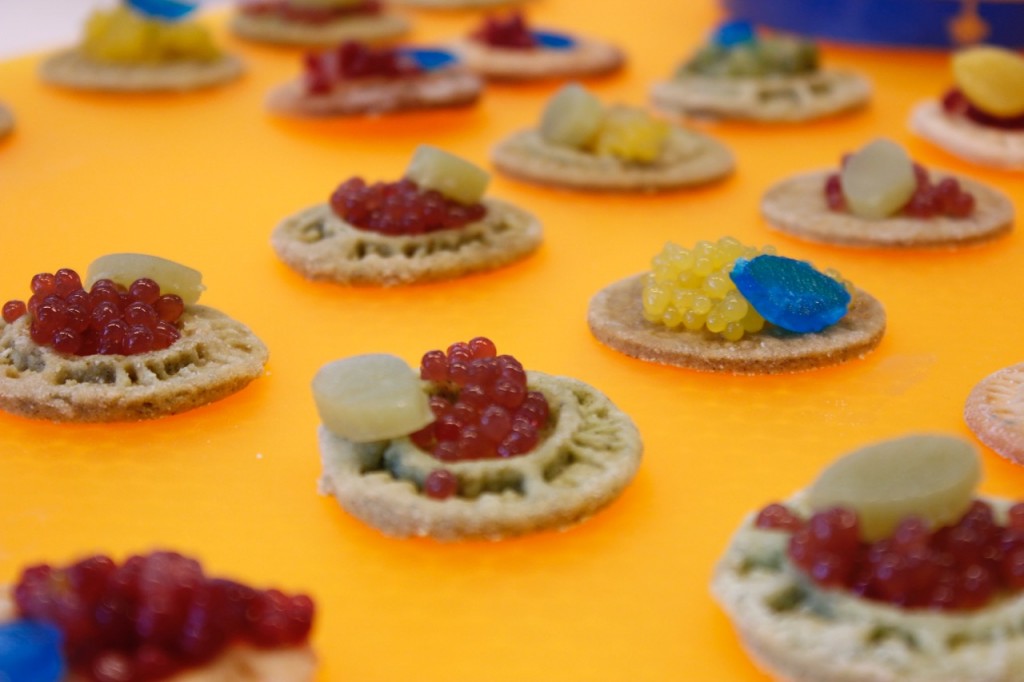 Being able to care for each soldier’s unique need is something the military hasn’t been really good at. A really simple but effective example resides in the need for damn good footwear. Standard issue military boots may not be up to par with privately manufactured ones and soldiers could get hold of a pair (for a price and out of their own pockets) if they meet basic requirements, in order to feel more comfortable in customized ergonomics. 3D printing provides for a quick and easy solutions for personalized soles and boot ergonomics in order to give each soldier an advantage on the field. This issue has been tackled by the private industry by companies like Sols, who 3D print soles of the exact shape of the wearer’s feet, providing unmatched comfort.

While these applications may seem of fractional concern, the military has experimented with its biggest of assets in order to keep the war machine churning as efficiently as possible. New, high-tech vehicles are very expensive to obtain and there is only so much that traditional manufacturing can do to keep improvements up to speed with expectations. Here lies the sweet spot for 3D printing to keep present machinery up and running and to let engineers be free to innovate thanks to its unprecedented manufacturing power. The various parts of a jet plane can be created through sintering metal powder into tough, up to par components that harness the simplicity of this manufacturing process and the unique capability to create shapes and forms before unobtainable. The Chinese military has manufactured large, metal airplane frames and hundreds of other parts that have been declared suitable for large transport aircrafts and carriers. 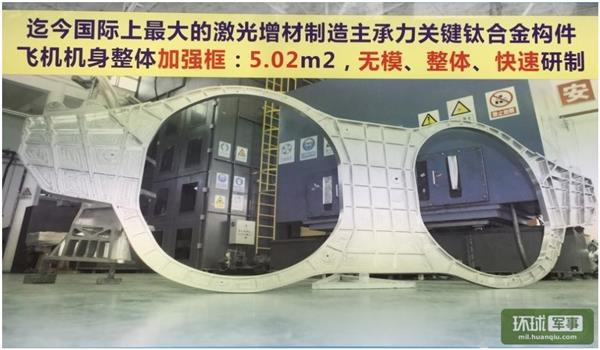 Similarly, the Pentagon’s Strategic Capabilities Office (SCO) has invested and created swarms of mini drones that are lightweight, strong and affordable enough to be manufactured in huge bulks, thanks to  additive manufacturing. With 3D printing these parts can be redesigned to take advantage of hollow volumes, geometrical shapes and specific properties which could greatly enhance aerodynamics and fuel efficiency while at the same time reducing total weight. These game changing features can come in handy for new aviation additions but also in the case of maintaining an aging population of military vehicles. Presently the Israeli Air Force’s Maintenance Unit (AMU) is using 3D printing technologies to manufacture parts for repairs and substitution of worn out components of its aged F-15 fleet, dating back to 1980. Advancements in plastic polymers research have made these new components cheap and easy to manufacture while showing material strength equal to aluminum. This new world of opportunities is opening up and the big players are investing heavily to be at the forefront of technological advancement and to keep operational their older assets.

This is just a taste of what is happening in military bases around the world right now, but we are not stuck in the present without a spark of futuristic aspiration. Research departments all over are researching new materials, new technologies and new applications that could one day impact the future of warfare and, eventually, bleed out in our everyday lives. 3D printing is a very flexible technology which allows engineers to get crazy with materials of pretty much any kind and some of the most promising and exciting exhibit properties out of your commonplace plastic. Materials tagged as “4D” boast an ever-changing behavior depending on outside conditions: this way a soldier’s jacket could be heat retaining and waterproof in the cold winters but breathing and cool in the hot summers. This effect could go as far as changing the camouflage pattern depending on its surroundings, on the go, making it a very useful addition in the soldier’s arsenal. 4D Materials can allow for a great level of customizability, and with electronic printing experimentations one could imagine that sensors and other monitoring devices could be embedded directly inside vests and clothing for maximum control over the mission’s status and the unit’s health.

At the same time bio-compatible materials and certain metals can, and already are being used to create implants for injured soldiers to replace broken bones, entirely personalized to the person’s physique. On the horizon of this application there is the daunting possibility to 3D print entire, functional organs for field medical operations when helicopter transport just isn’t fast enough to save the soldier’s life. This is based on the premise of stem cells research being able to be reconfigured in lab to assemble and specialize into whichever organ they were designed for once deposited into a hydrogel solution. This kind of biological tinkering is just the tip of an iceberg that will eventually show us promise akin to the superpowers we so often see in the movies, making the soldiers of the future not only technologically enhanced but also biologically empowered beyond current limits. 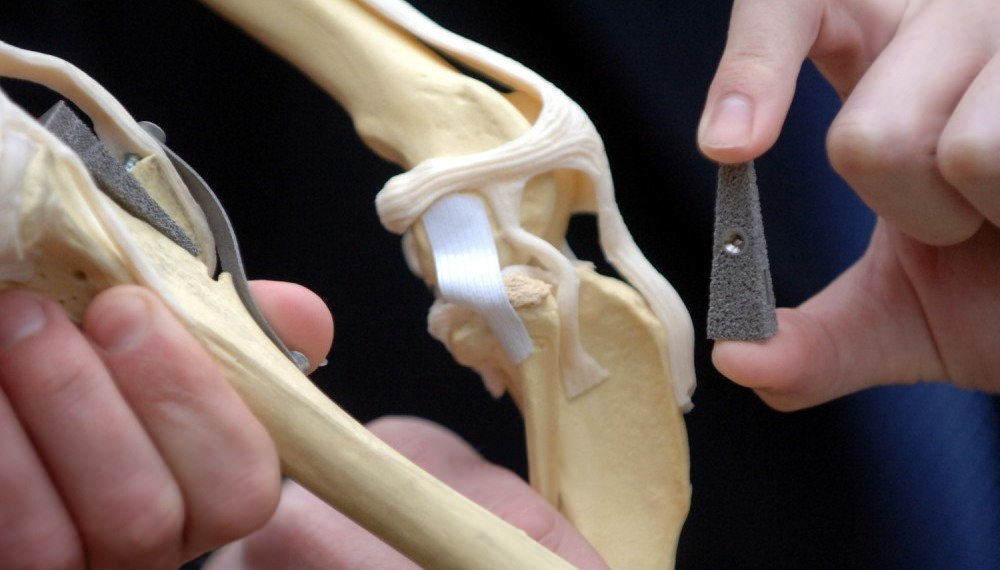 We are witnessing day by day the rise of 3D printing as a mean to manufacture our future. It is sweeping away the old production pipeline and each step of the way it is making obsolete a supply chain that has held its place since the dawn of civilization. With the radically new paradigms that additive manufacturing brings we have to consider the other side of the coin of this fervent world of innovation. The military is logistically bound to private production plants, outsourcing its manufacturing needs in order to cope with ever increasing demand for supplies of every kind, from bullets to vehicles to food. It is understandable as devolving resources to produce every piece of equipment they need would be unpractical for the war effort, at least with traditional manufacturing technologies.

Here’s where 3D printing comes in, gradually severing these ties and making the military more and more autonomous production wise. Soon there won’t be the need to keep huge inventories at the ready for whichever occasion, with costs in maintenance and surplus production, every spare part will be created on the spot, when it is needed. However, we’ve seen that this goes far beyond replacement parts, making the creation of new, functional equipment and even vehicles feasible and even optimal. Future warfronts could see autonomous, operational manufacturing bases even before soldiers are actually deployed in the field, repositioning the manufacturing plant at arm’s length from where it is actually needed. The same principle is being imagined as a suitable candidate for future lunar and exoplanetary stations, where autonomous robots would be sent ahead of humans in order to build the environments which they’ll inhabit, all thanks to 3D printing with local resources (lunar soil is already being tested for such purposes by the European Space Agency and NASA). This represents a disruption that will have major economic repercussions on the private military manufacturing sector, who will have to fit in a new scheme of things that no longer require their outsourcing services. 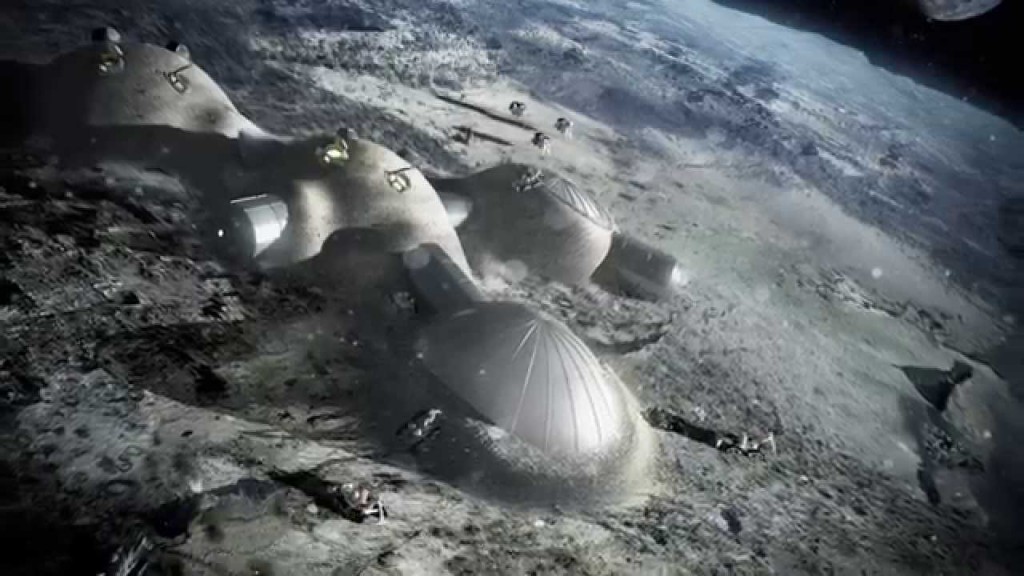 Although this looks like a farfetched vision of our future of war the examples we have listed are part of a very present reality which is transforming into a radically different theater. Something we have to keep in mind as well is that one of the biggest sources of technological advancement is the military, this is where the biggest investments are made and where lies the most interest. From within the military, societies change and so our way of life is affected by it more pervasively than one would think. The ways in which it will change are still mostly a question mark but we have projections based on how 3D printing is affecting today that make our vision of tomorrow one of tremendous transformation. 3D printing is already making its mark on the history books, our guess is that we still haven’t seen the half of it. The military is making sure to catch the coming wave and you can be sure that we will get to ride it very soon after them.