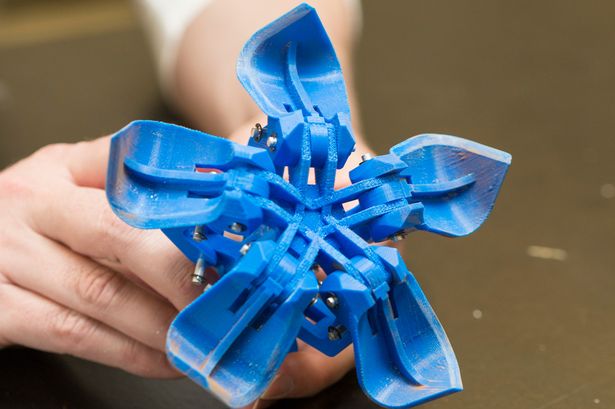 Strange as it may seem, a group of researchers and marine biologists at the University of California have developed a tool which could, in time, replace current shovels used by Mars Rovers. Details on this have been recently documented in an issue of the Journal of Visualised Experiments.

Strong inspiration was taken from the sea urchin’s amazing ability to cut through and destroy strong rocks with its five curved teeth with sharp tips guided by an intricate framework of muscles, a colony of which can devastate a kelp forest in very little time.

These kelp-destroyers earned themselves the name of ‘Aristotle’s Lantern’ as they were written about in detail the Greek Philosopher himself, though in this day in age, these specific skills could translate very well into a means of gathering samples from planets such as Mars. This dome-like collection of teeth, after scraping at the planets surface, could then collect the material it has harvested whilst putting far less stress on the tool. In fact, whilst 3D printed models were tested, it was found that the T-shaped structure that runs down the middle of the inside of each tooth, called the keel, reduced stress on the teeth by 16% when tested against teeth with no keels. Despite this, the mass of each tooth only increased by 4% with the addition of keels.

“Our goal was a bio-inspired device that’s more precise and efficient at grabbing ground samples from different areas, and won’t disturb the surrounding area like a shovel would” said Michael Frank, a Ph.D. candidate at the Jacobs School of Engineering at UC San Deigo. As part of this research team, this group has used engineering as a way of exploring biological structures, before creating bio-inspired devices inspired by their findings. Examples of animals they have studied have included sea horses and box fish, though their explorations have also included land animals such as woodpeckers and porcupines. 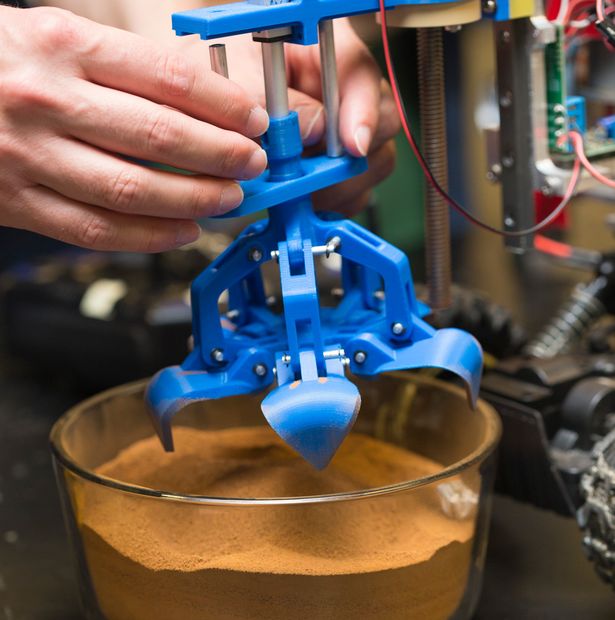 As part of their research on pink sea urchins from the West Coast of North America in particular (Strongylocentrotus), pink sea urchins were collected by the Scripps Institution of Oceanology, UC San Diego, their mouthpieces were then extracted and with a microCT, and the structures were then analysed at the National Centre for Microscopy and Imaging Research at UC San Diego. From this, engineers were able to create an accurate model, which allowed for it to be 3D printed several times, tested and modified as a process of improving and developing the original structure to be a design fit for space missions. This 3D printing technology has sped up this process of modelling and improving, so focuses could be kept on modifying the design.

Tests on these models included using the device to pick up beach sand and sand similar to that of martian soil. Earlier models that were closer to the natural shape of sea urchin teeth were unable to hold sand well, though with modifications this was improved. The device was then attached to a small rover that was remote-controlled, leading to the idea that these small rovers would work as a fleet, which would then bring samples back to a larger rover.

It is hoped that this design would be of interest to Nasa and Space X. 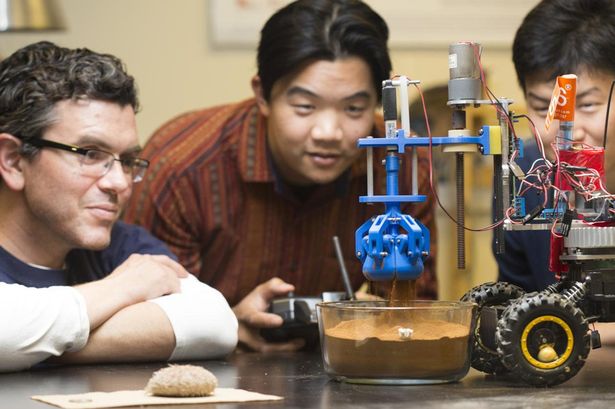