This 3D Printed Samus Aran Cosplay from Metroid is Incredible

This amazing Varia Suit costume took cosplayer Talaaya two years to design, 3D print and construct at a cost of almost $4000. The suit was created with a combination of 3D printing and traditional costume making techniques using craft foam and a thermoplastic material called Worbla. 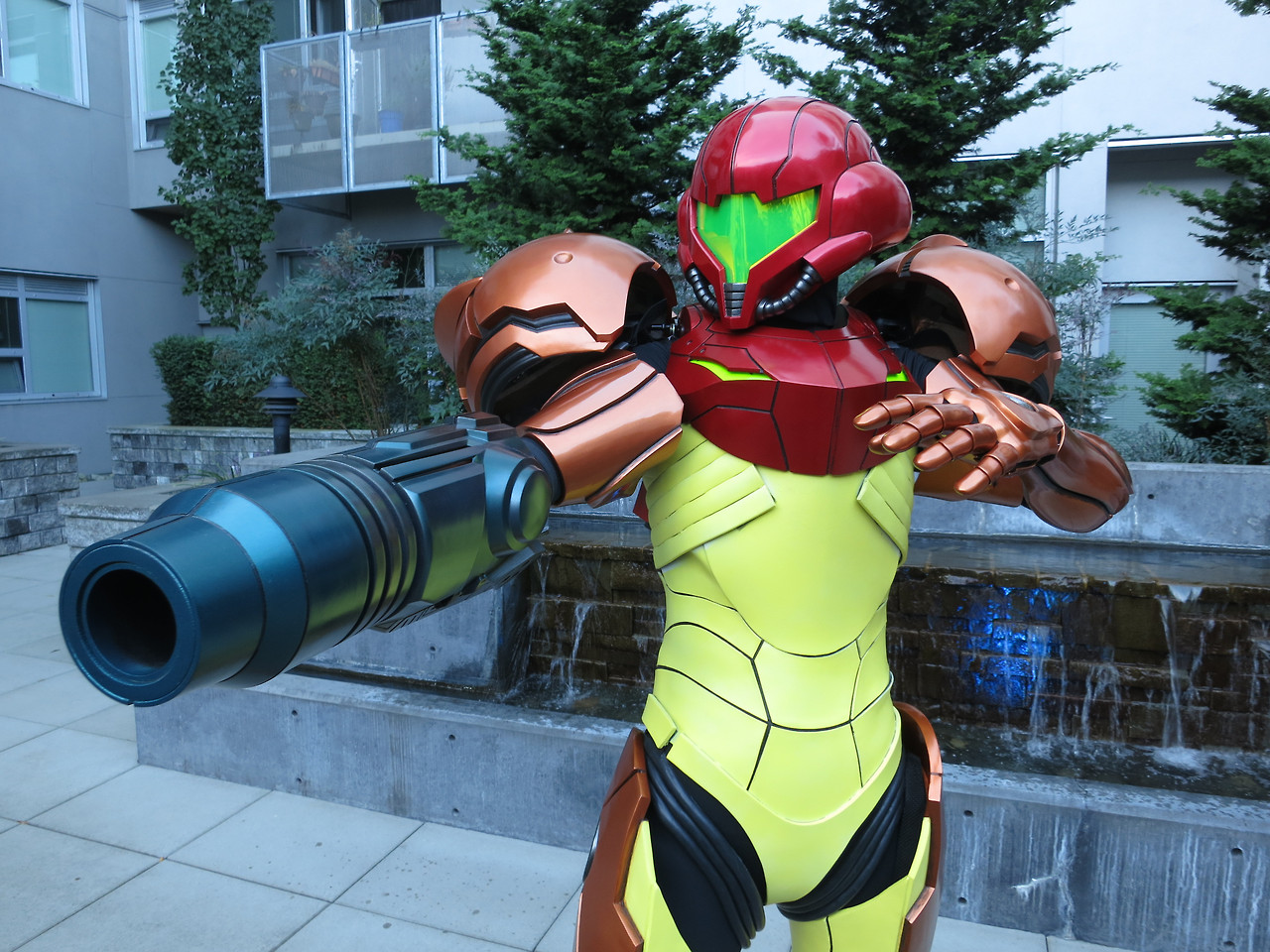 Metroid is one of Nintendo’s most popular videogame series. The video games series protagonist Samus has appeared in nine Metroid games, including her first appearance in 1987’s Metroid, as well as all four games in the Smash Bros. series. 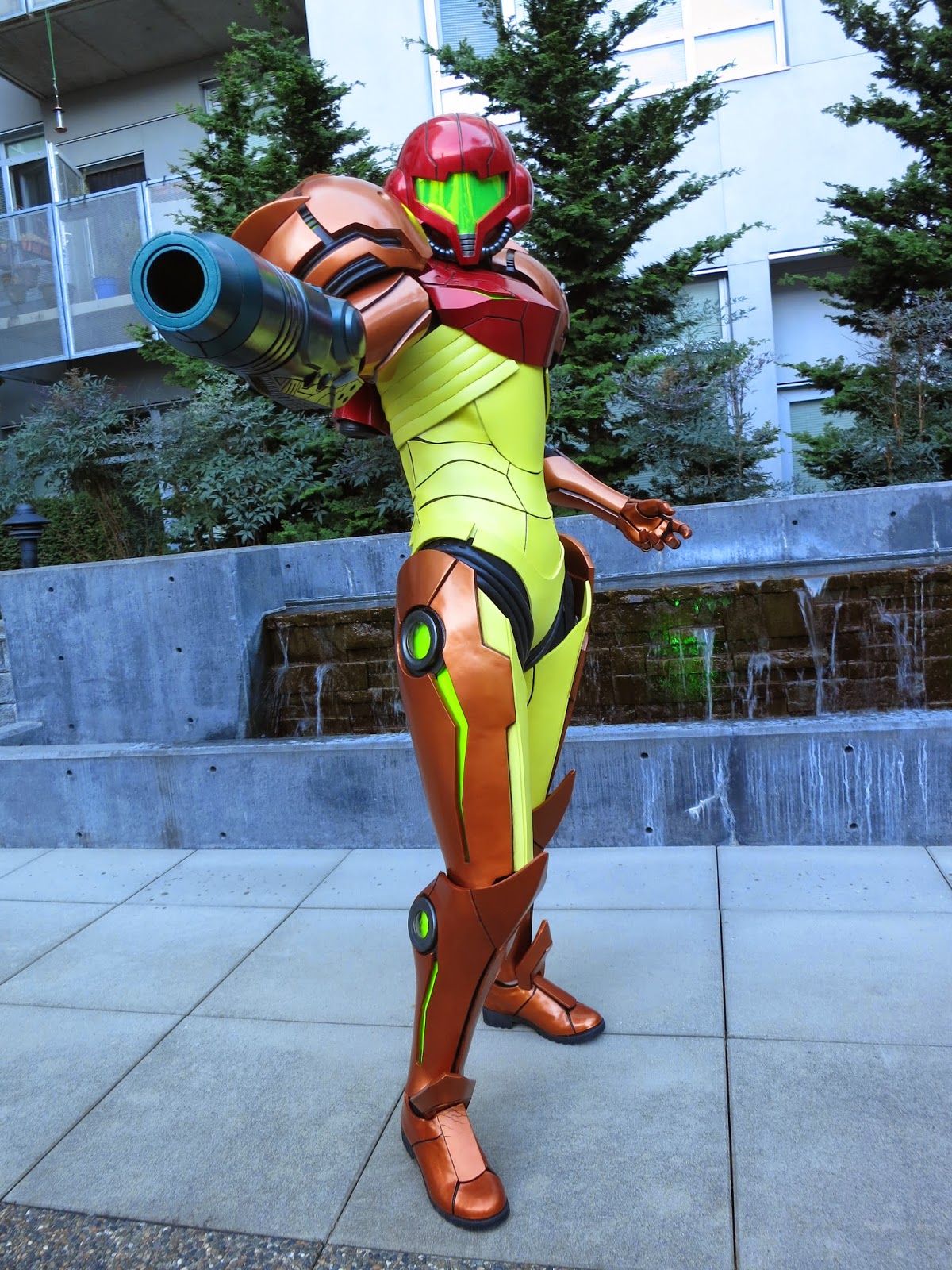 Despite being inside of a genderless suit of armor most of the time, Samus is widely considered the first female protagonist in a videogame and remains one of Nintendo’s most popular characters. Her Varia Suit is the upgraded version of the power armor worn by Samus throughout the game, and is generally considered one of the most powerful upgrades that can be earned in the game.

When Talaaya first started designing her costume over two years ago she was lucky enough to have a friend who recently purchased a few Zcorp 3D printers and was willing to allow her to use them just for the cost of materials. Having access to professional quality 3D printers allowed her to completely 3D print the suits helmet, shoulder pads, chest plate, gauntlets and the massive arm cannon. 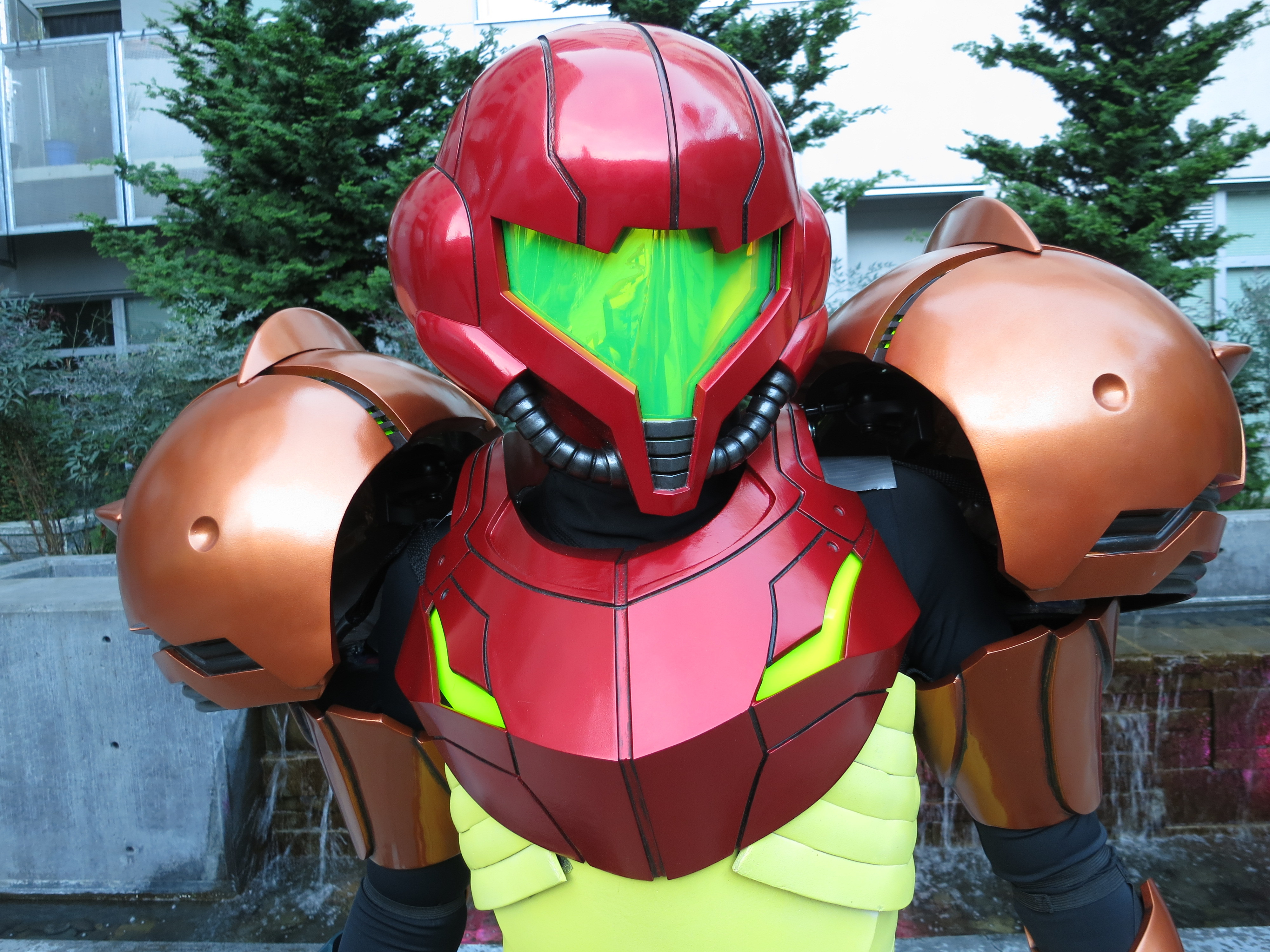 Here is a brief test video of her suit in action:

And here is a close up video of the incredibly detailed gloves:

Talaaya designed her Varia Suit in Maya and then smoothed and rendered the 3D models in Zbrush. Because the Zcorp 3D printers build platform is only 8 inches x 10 inches x 8 inches most of the parts needed to be printed in multiple parts, then assembled with superglue and the joints smoothed with sanding. 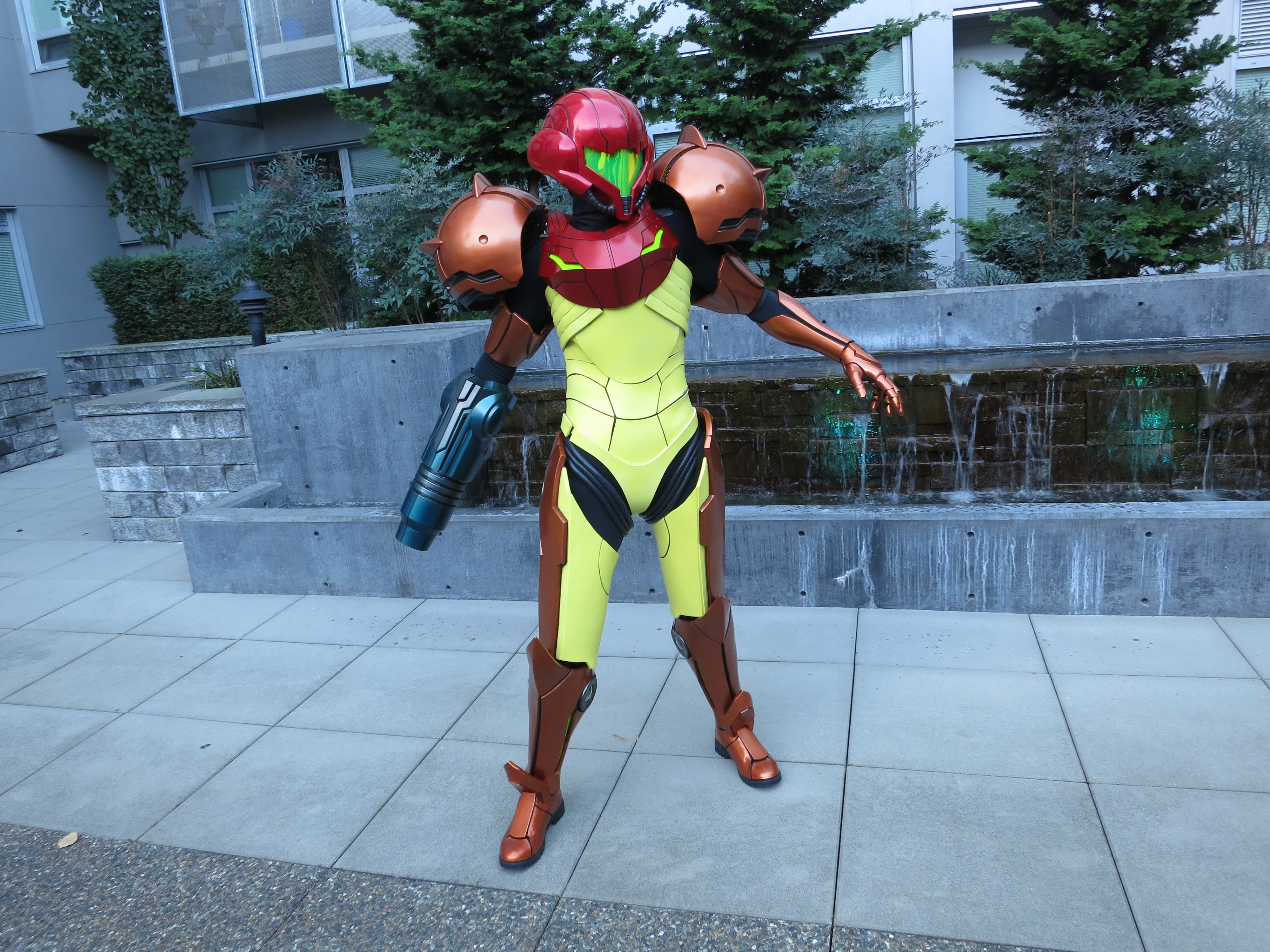 The rest of the amazing suit was created with traditional costume making techniques using sculpted and shaped crafting foam and Worbla, an easy to shape thermoplastic material. Worbla is a very popular cosplay material because it is very strong yet lightweight and relatively easy to work with. She also added some LED light strips – yes the suit lights up! – to the inside of the leg, chest and arm pieces.

While it is never easy to gauge how much money cosplayers spend when creating their costumes – especially over the two years that it took her – Talaaya estimates that it cost her about $3,000 to $4,000 in total. The material cost for the 3D printed parts alone cost about $1,200. 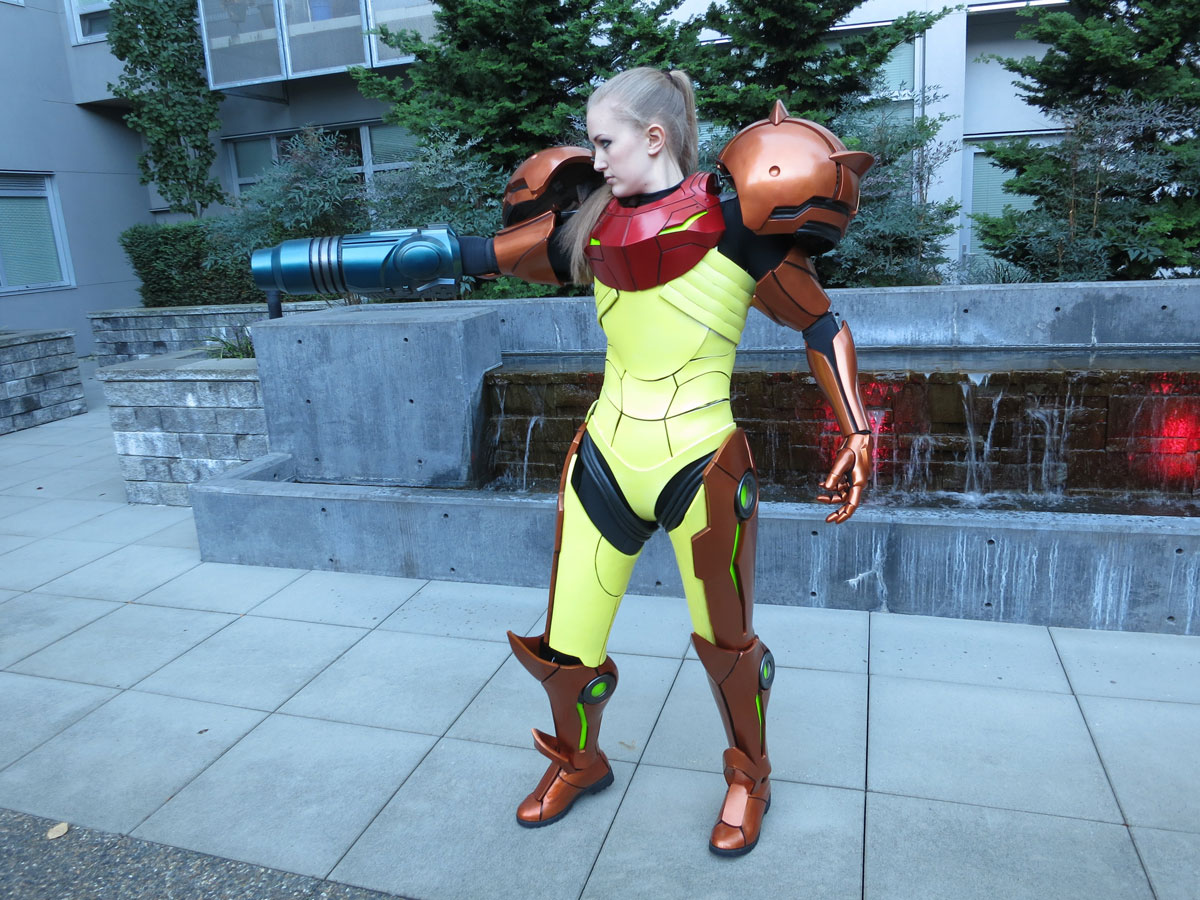 Luckily for us, and the cosplay community, Talaaya documented her Varia Suit costume project on her blog with dozens of in depth entries about each step of the build process. She also started a thread on RPF – Replica Prop Forum – a popular cosplay and costume making website that has proven to be extremely popular. You can see tons of pictures of the final suit as well as the entire build on her blog.