When one thinks of ceramics, porcelain dishes may come immediately to mind.  And, while 3D printing is certainly being exploited to that end, some of the most practical applications of 3D printing for ceramic material is related to high-performance ceramics, used for industrial purposes in which high-temperature  or corrosion resistance is required.  But the field of ceramics 3D printing that could truly revolutionize the way our products are manufactured is in piezoceramics, a class of high-performance ceramic materials used in electronics.  Today, engineers at the University of Warwick have published research relating to the 3D printing of piezoceramics with a unique MicroSLA technology that could have a significant impact on the electronics industry as we know it.

The team, from the school’s School of Engineering, first made 3DPI headlines in 2012, after developing an FDM material called Carbomorph, which could be used for making electronic touch sensors. Their current research, published in physica status solidi (a), takes the technology even farther, with the Warwick team creating a specialty light-sensitive polymer blended with ceramic material for the 3D printing of small, ceramic parts.  Once printed, the objects are sintered in an oven to remove the polymer, leaving a dense ceramic part with piezoelectric functionality matching that of traditionally-made piezoceramics. In this study, the team 3D printed a shape with strong ultrasonic applications, but that could not be produced traditionally with ease. The hollow sphere printed by the team, for instance, could be used for underwarter microphones. 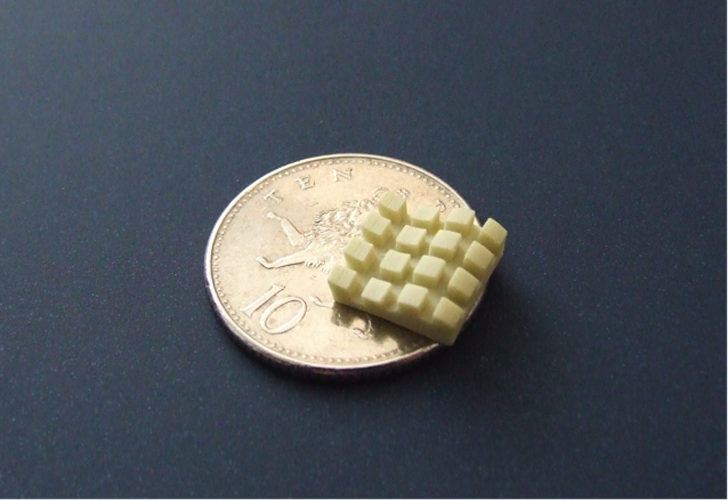 Unlike traditional approaches, 3D printing allows for the construction of complex shapes for high-tech applications, such as in advanced medical imaging scanners or aerospace component inspection devices.  Because piezoceramics create an electrical response when compressed or can compress in response to electrical stimulation, functional devices like airbag sensors and ultrasound scanners often rely on this technology.  However, up until now, those piezoceramic parts could only pick up a small amount of information due to shape and structural limitations.

Next, Dr Simon Leigh, one of the members of the team, said that the group will work to improve the process further, saying,  “The next step in this work is to generate a library of materials and scale-up the process for making much larger ceramic components.” It should be noted that the MicroSLA process implemented by the Warwick researchers is relatively low-cost, according to the paper, which would make large-scale use of the technology a feasible one.