0 0 0 0
18shares
WATG Urban Architecture have designed the world’s first freeform 3D-printed house, and the proposal won first prize in the recent Freeform Home Design Challenge, sponsored by Branch Technology. The winning design named ‘Curve Appeal’ is envisioned as a bubble-like structure with undulating slopes and space-age style. Its lines and curves are beautiful, and the illusion of open space it creates is astounding.The global competition is designed to challenge artists, architects, engineers and dreamers to come up with innovative ideas. The rules called for designs for a 600-800-square-foot single-family home that would “rethink traditional architectural aesthetics, ergonomics, construction, building systems, and structure from the ground up.” The winning design, Curve Appeal, certainly does all of that. 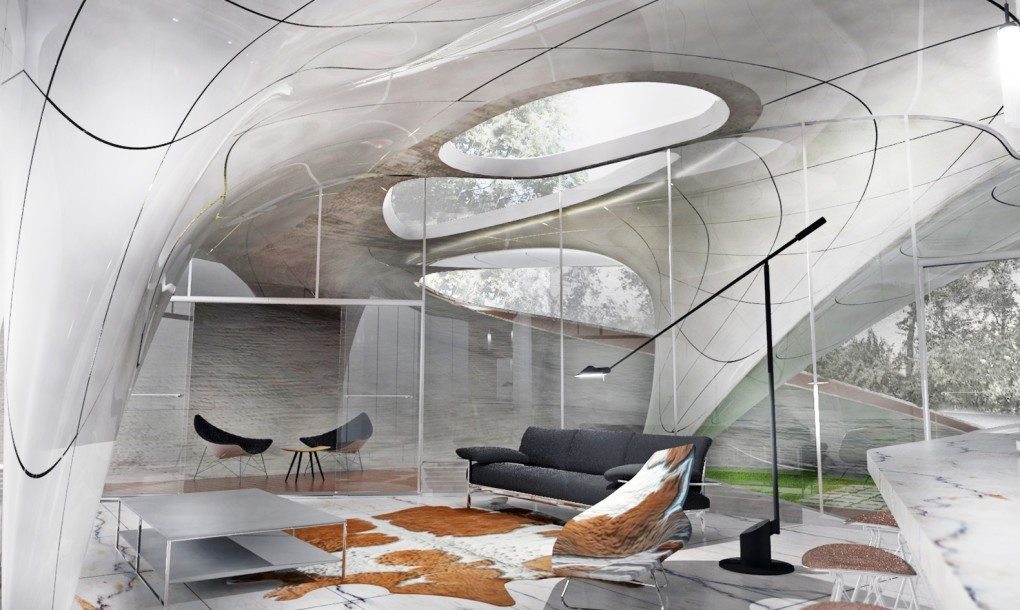 Branch Technology Founder Platt Boyd applauded the Chicago-based architecture firm for its innovative response to the design challenge. “Curve Appeal is a very thoughtful approach to the design of our first house,” he said. “It responds well to the site conditions, magnifies the possibilities of cellular fabrication and pushes the envelope of what is possible while still utilizing more economical methods for conventional building systems integration.” 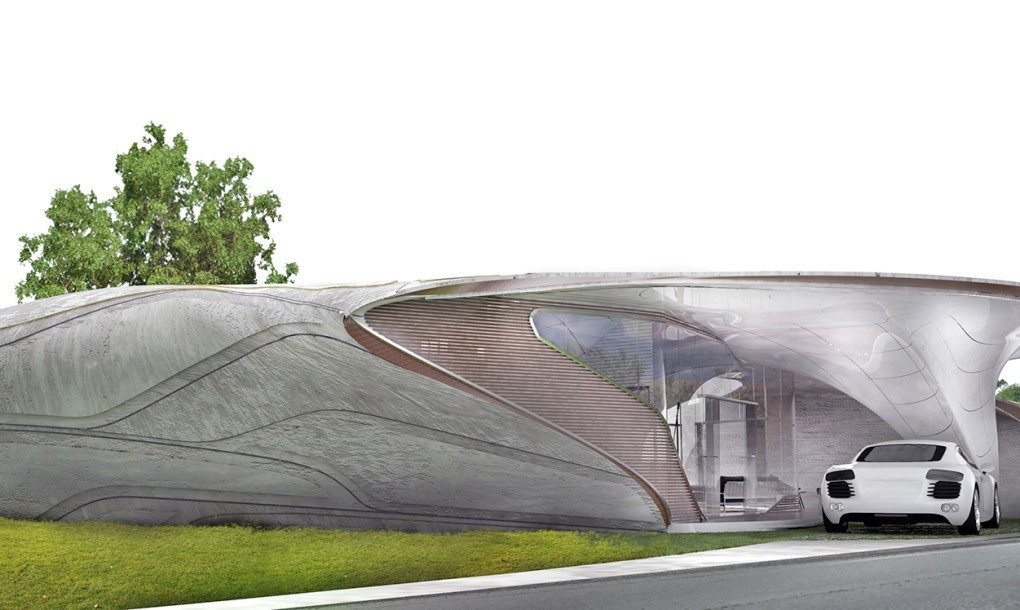 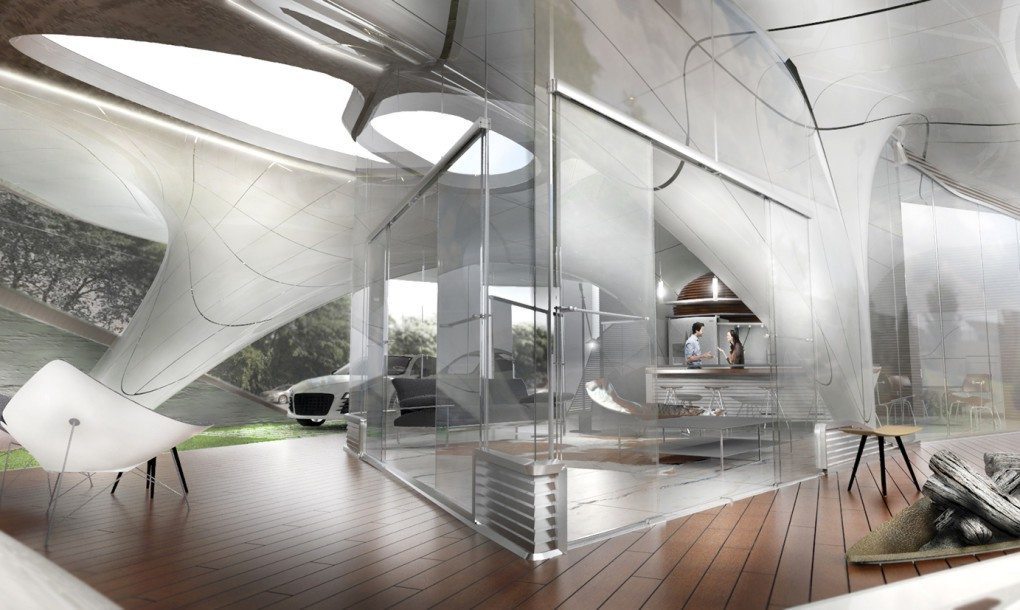 The open design of the structure helps fuse nature and technology; occupants can be immersed in a home with all the efficient modern technologies while still being able to marvel at the environment around them. The transparent walls allow the space to be filled with light, and the occupants can still be protected from the elements. The design completely defies the box like notion of housing, and helps the structure become a part of its surroundings. The entire structure keeps this in mind; Curve Appeal’s exterior skin is made of rolling archways intended to impart an organic feel and serve as a poetic connection between the home’s inhabitants and the rest of the outside world. 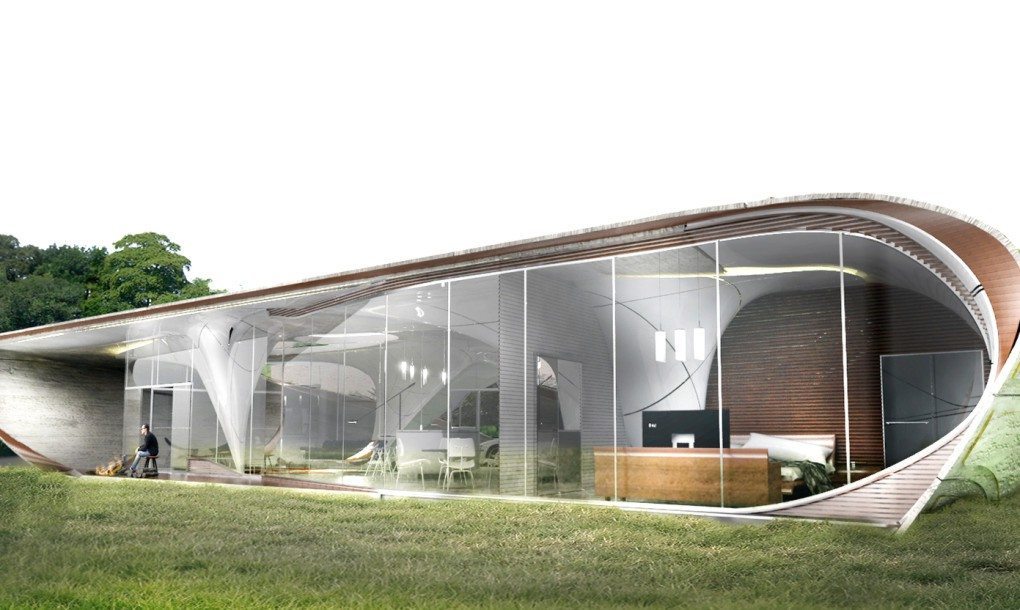 Right now, Curve Appeal and its competing designs are just concepts, however part of the prize of winning is the construction of the design. WATG’s freeform house will be constructed in Chattanooga, Tennessee at Branch Technology’s lab. WATG Chicago also took home an $8,000 cash prize for having won the competition, and the two runner ups, City College of New York’s “Home(less)+House” and Romanian Spiru Haret University’s “Urban Leaf”, won $1,000 each. 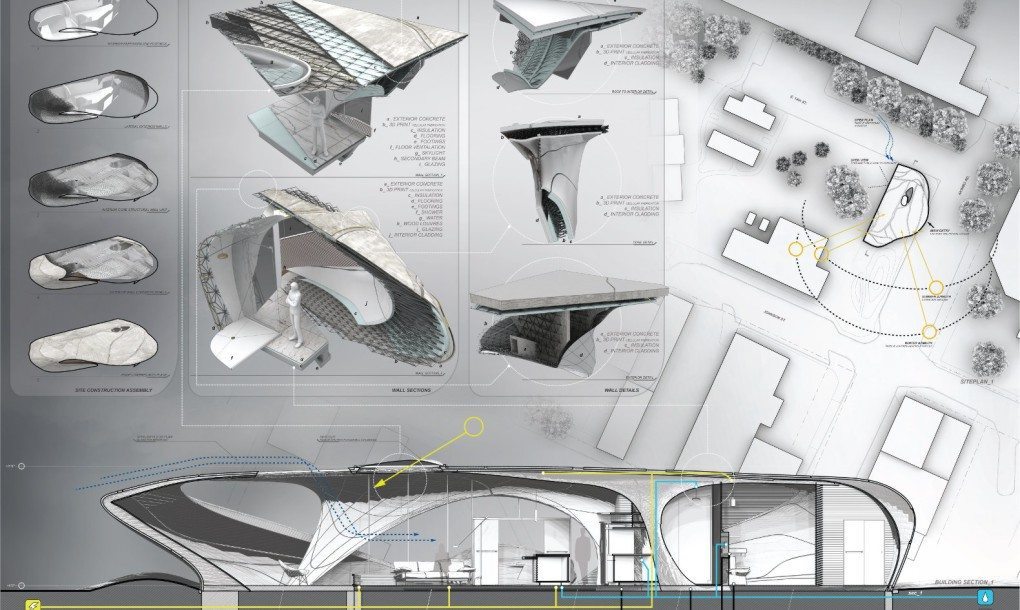 The planning phase will begin soon, with the first 3D printed components of the home expected to be produced in 2017.