From biohybrid stingrays, to bio-hybrid slugs. Scientists seem to be developing quite the collection of robotic sea creatures!

Phd student Victoria Webster of Case Western Reserve University, is currently undertaking a research project that involves combining a sea slugs muscle tissues, with a 3D printed polymer body, in order to create hybrids that have the ability to navigate natural and difficult terrain, as well as functioning in the turbulent conditions of the sea.

Why sea slugs? The specific slug in question the California sea slug or Aplysia californica, scientists were especially keen to explore. The evolutionary traits of the slug, have given it the ability to deftly crawl along the sea bed, and across river bottoms. Researcher’s found that the tissues enabling the slug to have this motor functionality were actually found within it’s mouth muscle. 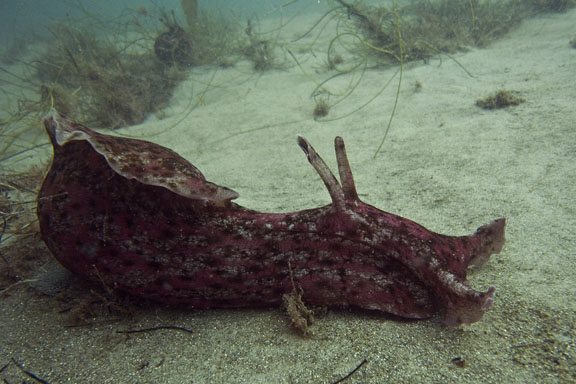 How do they move? The mouth muscle acquired by scientists is the buccal muscle. These muscles are comprised of two natural ‘arms’ which scientists connect to the 3D printed polymer body. The muscles which are powered electronically contract and release, creating a gentle swaying motion that propels the robot forward. Throughout test runs the creature was recorded moving up to 0.4 centimetres per minute.

The slugs, that are approximately 2 inches in length, have the potential to be used as a replacement of traditional robotics, they could be fitted with the ability to detect, and locate toxic leak sources in ponds. They could even be used to scan the ocean for black box flight data recorders. Their advanced locomotive aptitude is slowly leaving their mechanical predecessors stranded and without a paddle. The slugs have the fluidity of motion that conventional robots don’t currently have. As Webster expains, “One of the problems with traditional robotics, especially on the small scale, is that actuators—the units that provide movement—tend to be rigid,”. Man-made robotics just haven’t been able to develop machinery that has the same movement capabilities as mother nature!

The future for these bio-hybrids can only develop further.“We’re building a living machine—a bio-hybrid robot that’s not completely organic—yet,” said Victoria Webster. Scientists aim to incorporate more slug biological elements in future developments of the device, to include ganglia (nervous system), and to aid in the slugs controllability, they are looking to add neurons and nerves that have the ability to conduct signals to the muscle tissue as the slug feeds.

Webster will be attending the Living Machine’s conference in Edinburgh, Scotland this week. Where she will discuss the future exploration of the sea slugs abilities and the development of the hybrid.