3D Printed Case to Make Your Own ArduinoPhone

Finally, a 3D printed cell phone case that stands out from the crowd! This case doesn’t just protect your fragile smartphone, it is your smartphone. Instructables user xiaobo__ has found a way to build his own phone with an Arduino board. He calls it, strangely enough, ArduinoPhone. 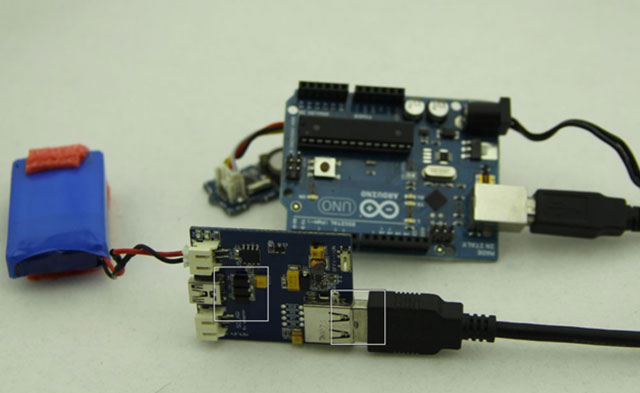 What you’ll require to recreate xiabo’s ArduinoPhone, in addition to an Arduino Uno, is the following: a TFT Touch Shield, which serves as the device’s touchscreen; a GPRS Shield to enable calling and texting power; an RTC to manifest your phone’s clock; a Lipo Rider to connect your device to a power source; a Li-po battery; and a 3D printed casing, which can be found on GitHub, to house all of the parts together. You can also purchase all of the materials together, minus the 3D printed shell, right here for a total of $161.10. Then, plug each unit into every other unit in the appropriate manner and program it. If you can manage to do all of that, you’ll have a phone that looks like this:

One issue with the device, if you’re hoping to circumnavigate those greedy wireless carriers, is that the GPRS Shield requires that you use a SIM card. The price is also pretty high, but, because it uses an Arduino, many commenters on the project suggest that a wide variety of modules can be added onto the phone for greater functionality, including oscillators and other sensors. While I’m a fan of the bulky future-80’s look, some commenters have suggested using an Arduino Mini or a Tinyduino to make it thinner.

Since imaterialise already broke the 3D printing Christmas seal, I’ll go ahead and suggest that this project might make a great present for any budding young Maker. It’s not the only DIY cell phone out there, but it’s definitely a cool one.