Tabletop RPGs were certainly popular before 3D printing technology, with tabletop games like Dungeons & Dragons amassing cult followings that has not dissipated much overtime. But that doesn’t mean that 3D printing technology doesn’t have anything to offer gaming. In fact, projects such as Open Board Game have allowed people to design and have their custom-made games 3D printed for them. Now, there is a Kickstarter following the suit of this DIY gaming movement. DRAGONLOCK is a 3D printable, interlocking terrain system that can be put together easily as a fully modular, multi-level 28mm dungeon map for your custom RPG or war game. 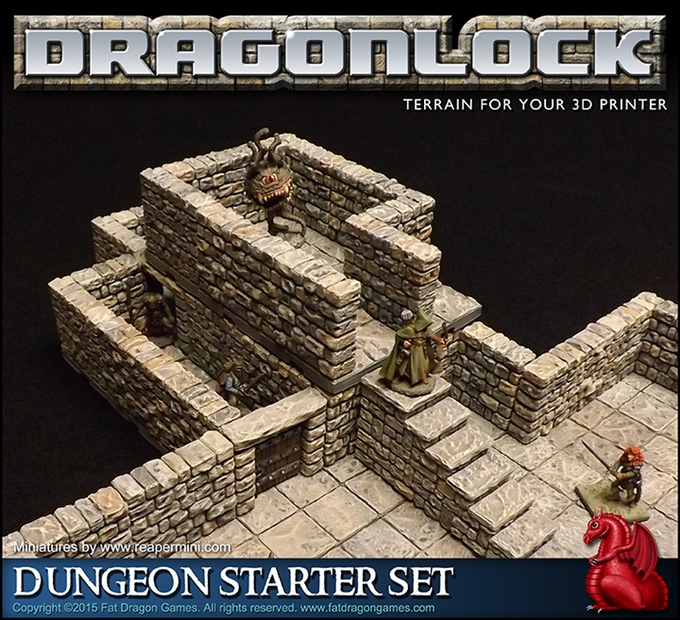 Each part will be downloadable in .stl format via DRAGONLOCK’s online distribution partner, DriveThruRPG.com, allowing gamers who back the project to print unlimited sets of terrain parts, which range from walls and doors, in the starter set, to pit traps and coffins that are being offered for their ‘Duke’ level pledges. Basically, the more a backer is able to fund the project, the more access they will have to building a more intricate and grandiose dungeon. The game’s design team will also offer add-on pieces to make the map a bit more decorated and realistic, giving pledgers the opportunity to add fire traps, bookcases, fountains, and mushrooms, making the DRAGONLOCK map an ideal land for almost any fantasy-based tabletop game. 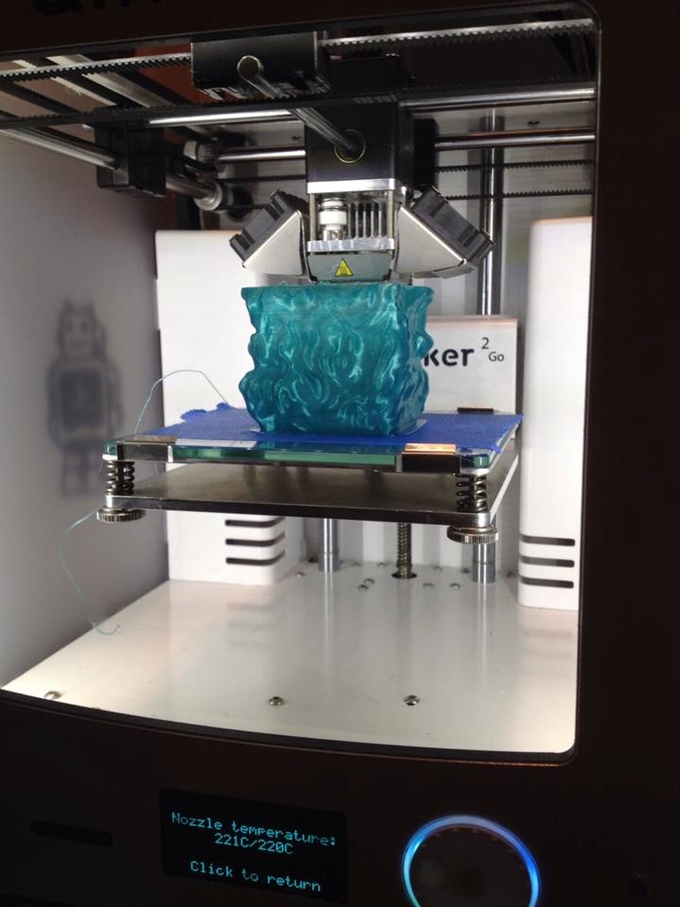 The team has estimated their wall piece design to cost just $0.50 to produce, making the terrain system an altogether affordable and efficient option for an RPG map. This is reportedly the design team’s seventh Kickstarter campaign now, giving potential pledgers comfort that this project is very likely to come to fruition. These dungeon pieces can be snapped, stacked, and placed together in an unlimited number of ways, making sure that your gaming terrain can be remodeled and never has to stay in the same redundant form as always. 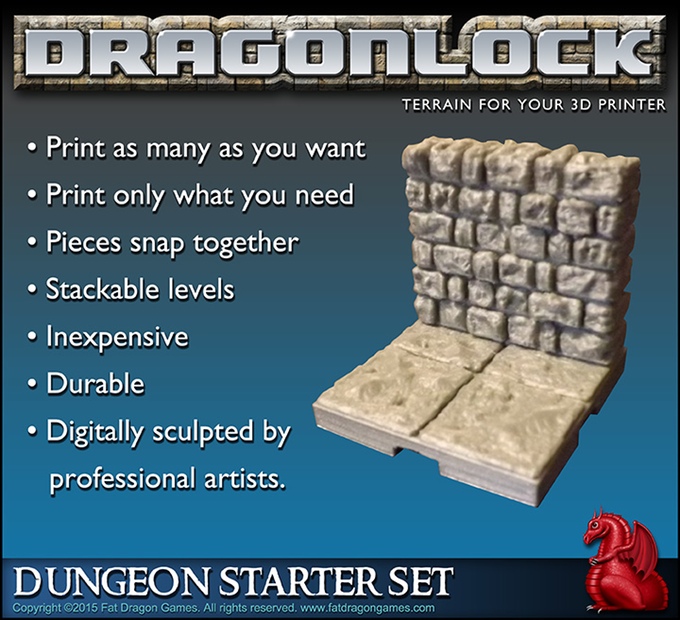 The DRAGONLOCK dungeon gaming terrain Kickstarter was originally just asking for $500 in crowdfunding, but, since launching, has already amassed $32,191 from over 550 backers, helping the team to create more stretch goals that have allowed them to add map extensions, hazardous pits, and death traps to their printable terrain set. With great pledge support and an expansive 3D printable gaming idea, DRAGONLOCK is a promising DIY project for RPG and tabletop game lovers everywhere.