3D Print Your Own Fantasy Village for RPGing

“Miniature Gaming is all about telling a story involving painted toy soldiers evolving on a nicely setup space full of scenery,” the Via Ludibunda team states in the introduction on their recently launched Kickstarter page. “There’s nothing more boring than playing on the kitchen table without any scenery.” 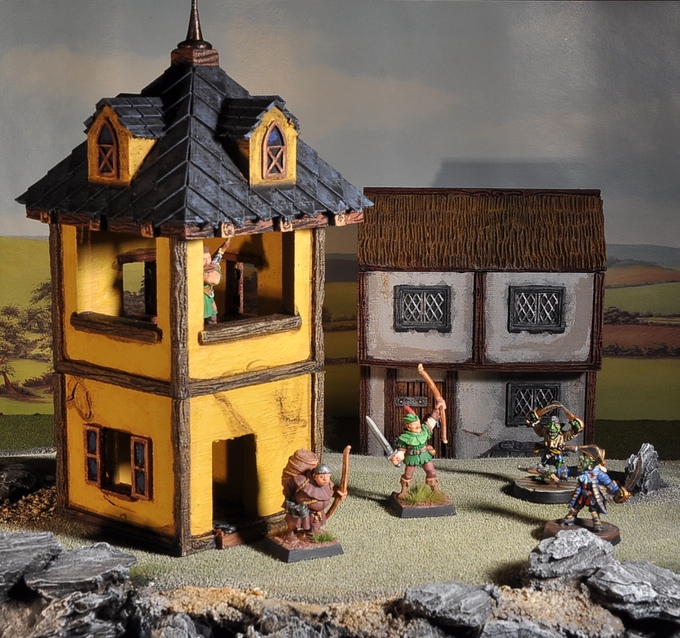 And, so, the French-based Via Ludibunda has come to save the day for the tabletop RPG players who are sick and tired of using their kitchen sink as a dungeon, preparing a massive collection of printable 3D models to create a finely detailed fantasy village. The team is composed of three die-hard RPG players – Yann Taniou (Lead Artistic Design), Romain Cloix (Community Manager), and Bruno Galice (Project Manager) – and they’re reaching out for support via Kickstarter to help with their time-consuming and -intensive 3D modeling process. The team has spent months preparing the CAD models of the finely detailed collection of 3D printable scenery, basically creating an entire digital map for tabletop RPG gaming. 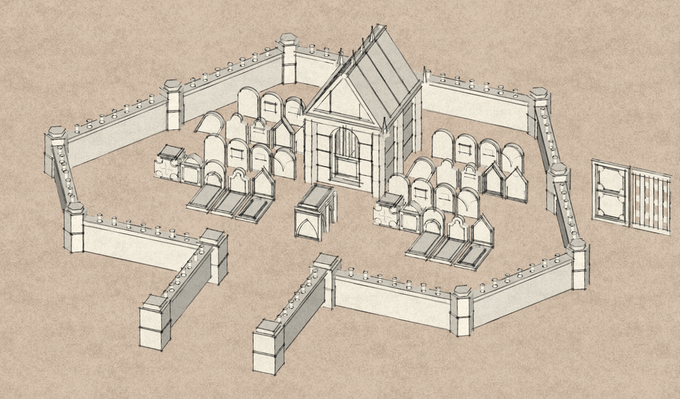 The models have also been tested over 100 times on a variety of 3D printers to ensure that each 3D model will be printed to satisfaction on any platform. On top of that, the Via Ludibunda team has ensured that the models are inexpensive to print (each part uses just 30 to 60 grams of filament), easily resizable, and paintable. The STL files are completely open to modification as well, allowing design savvy gamers to build upon or deconstruct the 3D models through CAD software. The Kickstarter has already well surpassed its goal of $543 (currently just reaching above the $5,000 mark with 10 days remaining), and has even earned they attention of the French 3D printing startup Dagoma, who has just announced a unique partnership with Via Ludibunda. 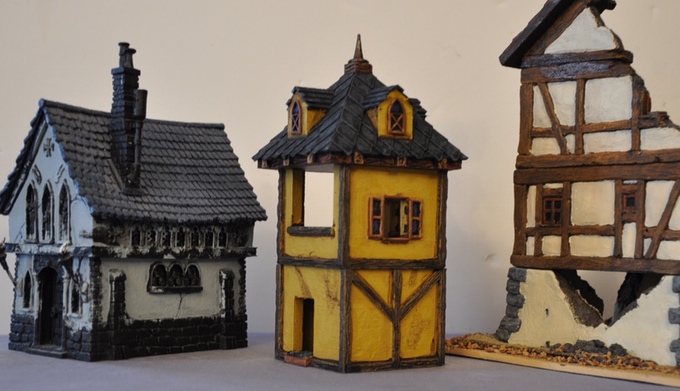 In an attempt to package their 3D scenery models with an efficient and affordable 3D printer, Via Ludibunda has announced the Proud Printer Pack on their Kickstarter page, which will give crowdfunders the opportunity to receive Dagoma’s ready to print Discovery200 3D printer alongside the STL files to create a complete castle. The Proud Printer Pack will run Kickstarter funders €450 (plus shipping), a pretty decent deal considering the printer costs € 399 on its own. If you already have access to a 3D printer, there are a handful of other pledge options with rewards that range from one house to the completed castle set.

Though free 3D model marketplaces such as Thingiverse and MyMiniFactory do certainly exist, the design time and 3D print testing that the Via Ludibunda has put into their models is a valiant effort that may be worth supporting. “All the models shown on this page have been already drawn on paper, designed on CAD software and test printed, sometimes more than 10 times to be sure that everyone will be able to print them without any problems,” the Via Ludibunda team states. The overwhelming support from Kickstarter funders and partnership with Dagoma definitely proves that, thus far, the thoroughness and detail put into these scenery models has been worth every minute.