In the world of professional football Ian Wright first made a name for himself with Arsenal and Crystal Palace in a career that saw him play almost 600 top level matches and score 387 goals.

After hanging up his boots, Ian Wright is still a firm favourite in the football world where he regularly appears as a pundit and writer. We have reported several times on the links between 3D printing and sport, with stories recently discussing the use of 3D printing to make the new Adidas sneakers.

Now the popular ex-International player has joined up with 3D printing filament makers Floreon. To mark the occasion the footballer will be 3D scanned and then 3D printed, “I am really excited to be part of the Floreon team and involved in this project. I am also excited to be 3D printed! There have been 3D printed football boots but as far as I am aware, no-one has 3D printed a life-size ex-footballer, so it will be fun to be the first.”

Floreon’s technical director, Dr Andrew Gill, hit upon the formula for a new type of 3D printing material and through a Knowledge Transfer Partnership with the University of Sheffield, has brought the product to market. The resulting bioplastic is a “specially formulated compound, which is added to standard bioplastic, polylactic acid (PLA) to create an innovative material with a sustainable origin and a range of end of life options.”

According to Floreon’s website Ian Wright, had a few words to say about 3D printing and Floreon’s green approach,

I hope it will make people aware that there are alternatives to oil based plastics that are more than fit for purpose, and don’t harm the environment. I am delighted to support Floreon. I have a large family, and I am very passionate about creating a better future for them and everyone.

Ian Wright is not only known for his footballing skills, and his taste in spectacles has often been remarked on. With this in mind Floreon are inviting the world to design a pair for the celebrity. Those who want to win an Ultimaker 2+, Floreon filament or other prizes have until the 17th of December to enter the competition.

The full rules and list of prizes are available here. 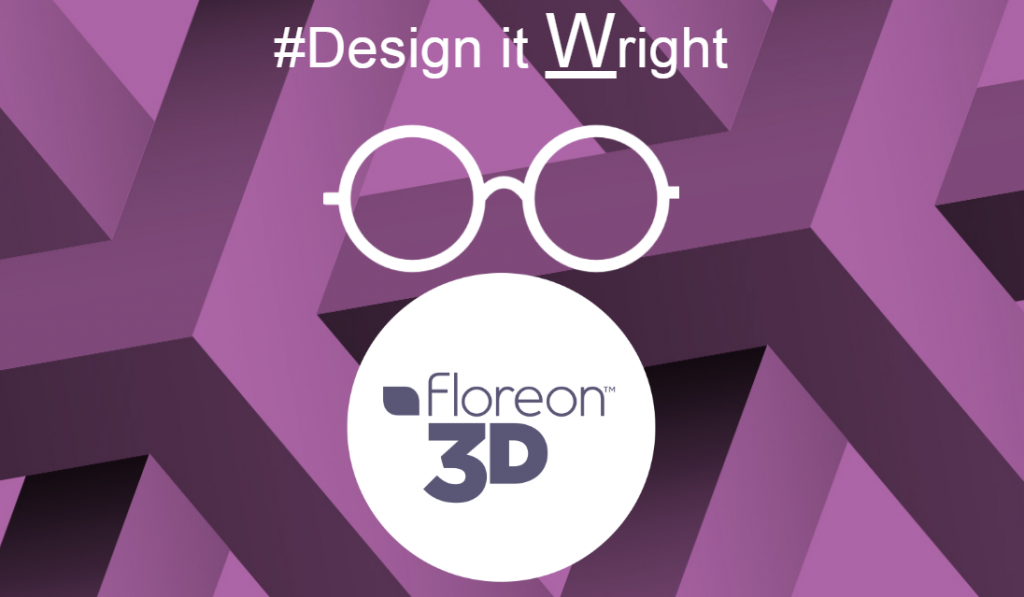