When it comes to 3D printing at (much) larger scales than the applications that traditionally dominate 3D printing news headlines, voxeljet, the manufacturer of large, industrial grade 3D printers has a wealth of experience. However, even the voxeljet team were somewhat taken aback at one of the most recent projects with which the company was involved in its native Germany. The team was approached with a request to print 100 sand moulds at sizes of up to 1.5 cubic metres.

This particularly large order was placed with the company to successfully aid in the fulfillment of the reconstruction — and preservation — of the historic Liebknecht portal, commemorating the prominent German socialist, Karl Liebknecht (murdered in 1919). The original portal is to be preserved and placed in the old Privy Council building of the former German Democratic Republic in Berlin, but not before a precise full scale replica is produced, which will be housed and showcased in the Berlin City Palace.

Retaining the originality and historic significance of the Privy Council building, while at the same time bringing the Liebknecht portal to the new palace was central to this project and the challenge was to prepare an exact template for the production of the replica. Conventional lamination techniques were a no go since the original portal had to be wholly preserved. The project leaders instead looked to contactless 3D scanning to create an accurate 3D digital model and 3D sand printing to achieve the physical replica.

Berlin-based scanning specialist TrigonArt was brought in and the competent 3D measurement team prepared a three-dimensional scan of the portal and subsequently created an entire high-resolution model. In addition, specific complex areas such as the herms and geniuses were produced as individual 3D models. The subsequent creation of the physical models using 3D printing was fulfilled at voxeljet’s service center in Augsburg. 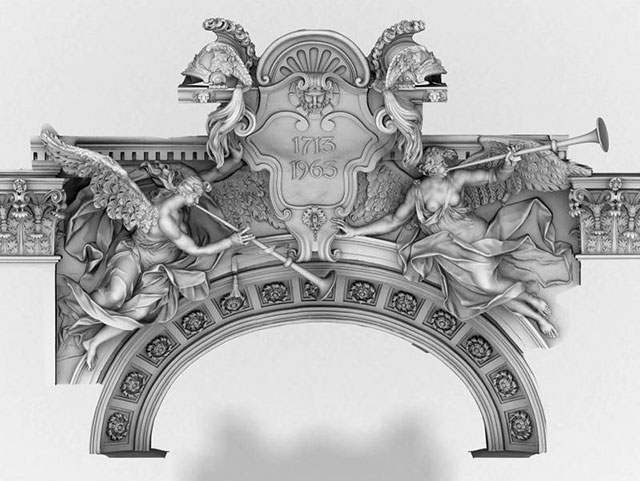 According to voxeljet CEO, Dr. Ingo Ederer: “The entire order was comprised of approximately 100 individual jobs, including moulds measuring 1.5 x 1.0 x 1.0 metres. We can also use our large-format printers to print larger components with a volume of up to eight cubic metres, but we left it at a maximum of 1.5 cubic metres so as not to limit the handling of individual components.” 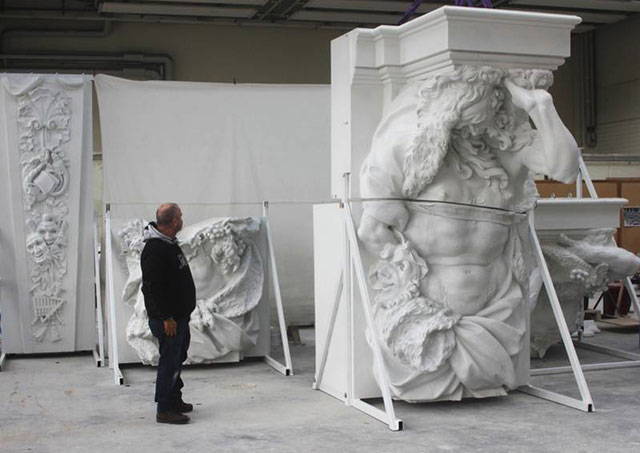 The project results are impressive, and the copy of the historic portal is, reportedly, geometrically undistinguishable from the original, thanks in no small part to the print quality, precision and detail of the sand moulds off the VX4000 printer. These moulds will now be used by experienced sculptors to produce a perfect copy of the Liebknecht portal in sand stone.