Last year tech blog Bit-Tech teamed up with Intel and launched a competition to design a new case for their NUC small form factor PC. While the competition was fierce, designer Alex Banks and his elegant Vesper design took the top prize, and it’s not difficult to see why. 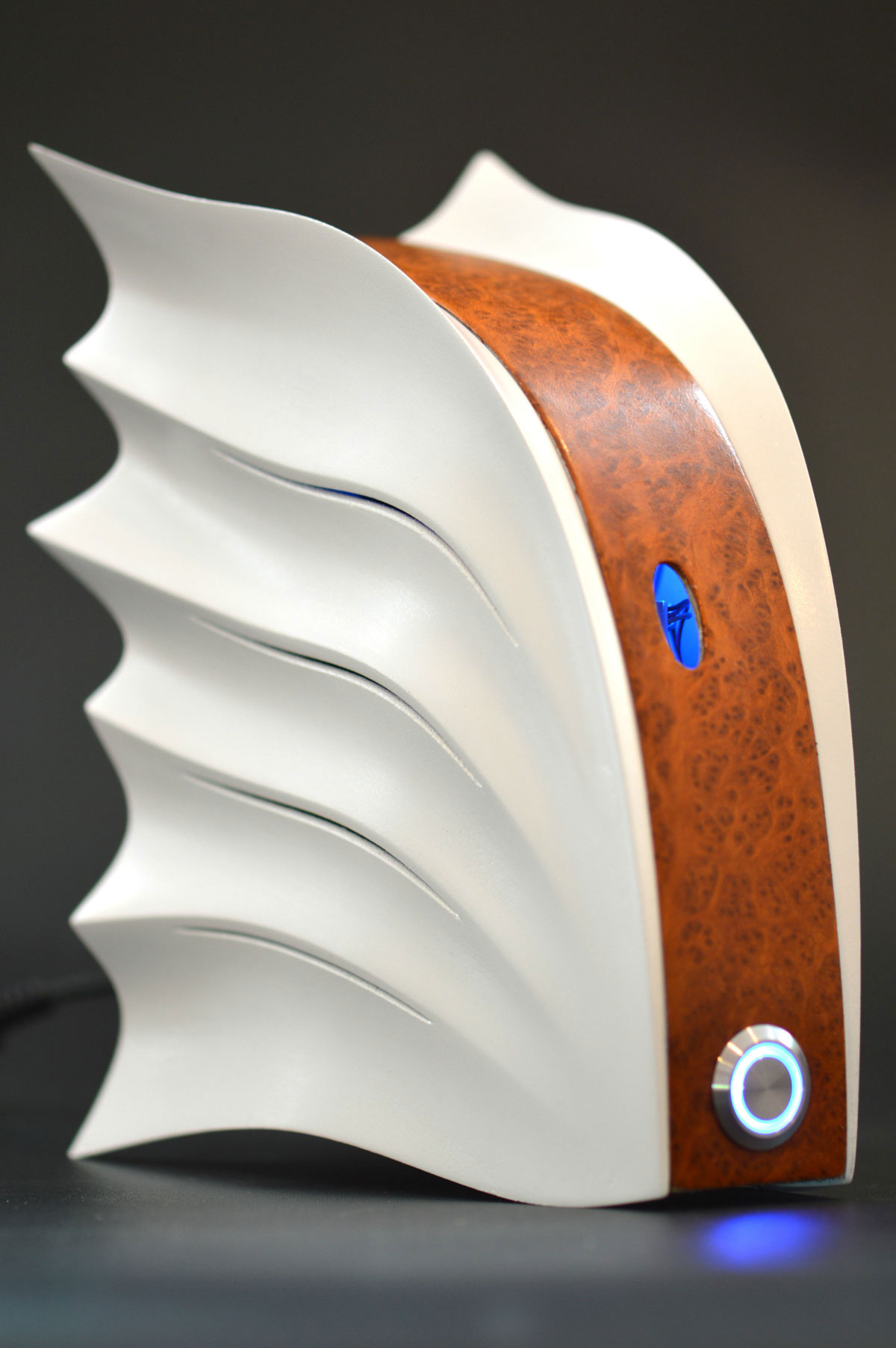 Out of thousands of concepts entered for consideration only five were selected to receive the hardware to make their designs happen. The case designed by Banks is still small and compact, just the like tech that it is intended to feature, but it’s also an eye-catching design that is hardly recognizable as a computer. The stark white ‘wings’ of the case frame the strip of elegant wood veneer that bisects it.

Here is a CG render of the concept and various proposed colors:

The finished product resembles a high end device that you’d find in a luxury office, not a home made computer case mod and that’s because Banks used 3D printing to create the dramatic wings. The case cost a little over $100 to have 3D printed in nylon from a local 3D printing company on its in-house SLS printer. 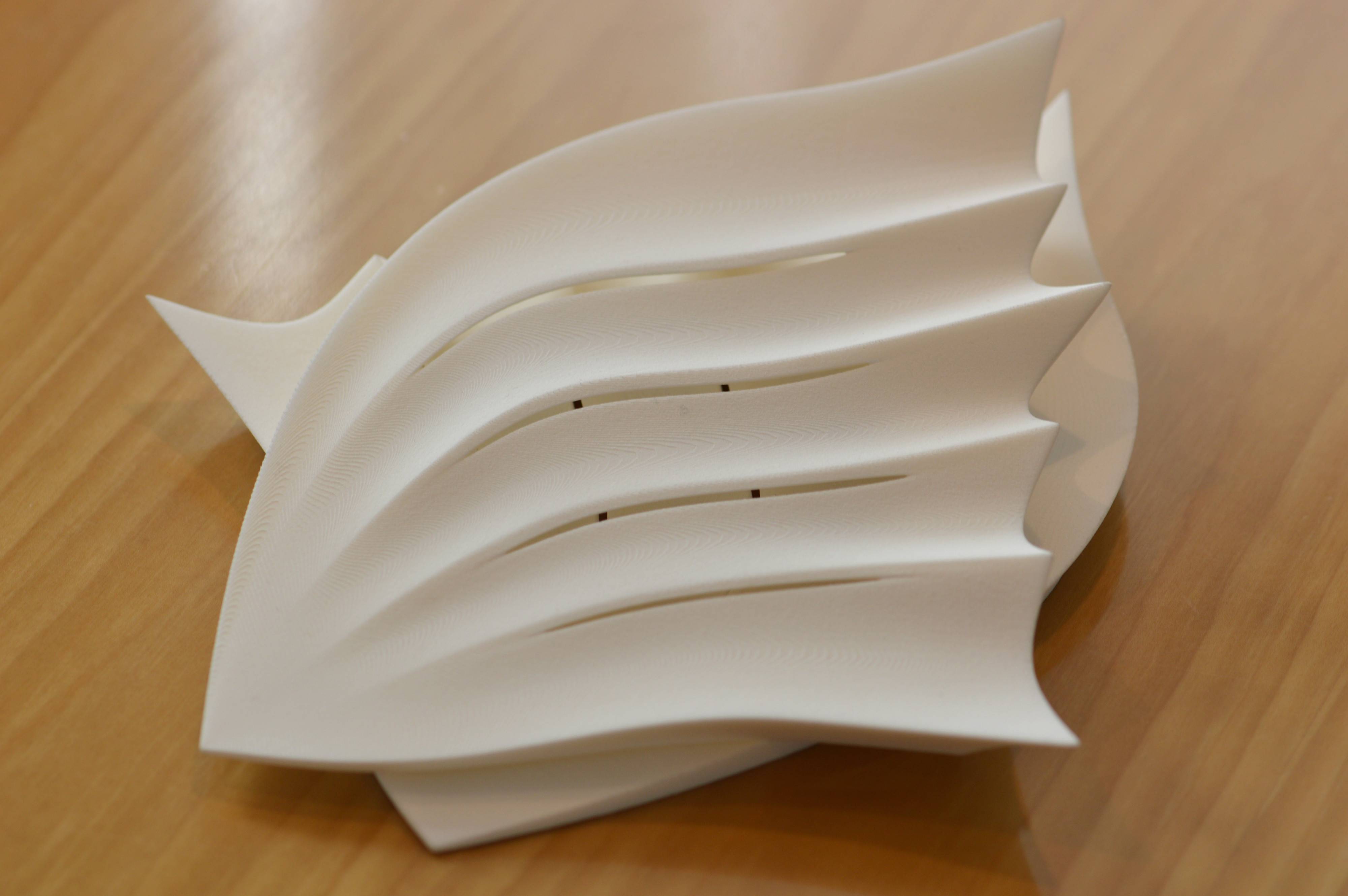 “The sides themselves were originally styled the way they are for in fact a very practical reason. I was originally going to have them machined from solid aluminium, the idea being they could act as a passive heatsink for the CPU. This is a very low power model, so it would have had adequate cooling capacity,” explained Banks when he posted his custom case on Reddit. “The fins were intended as a way of increasing the surface area in an interesting way, rather than simply adding radiator style extrusions. Unfortunately, due to a tight deadline and rapidly increasing predicted machining costs, I opted to keep the design and have it 3D printed instead.” 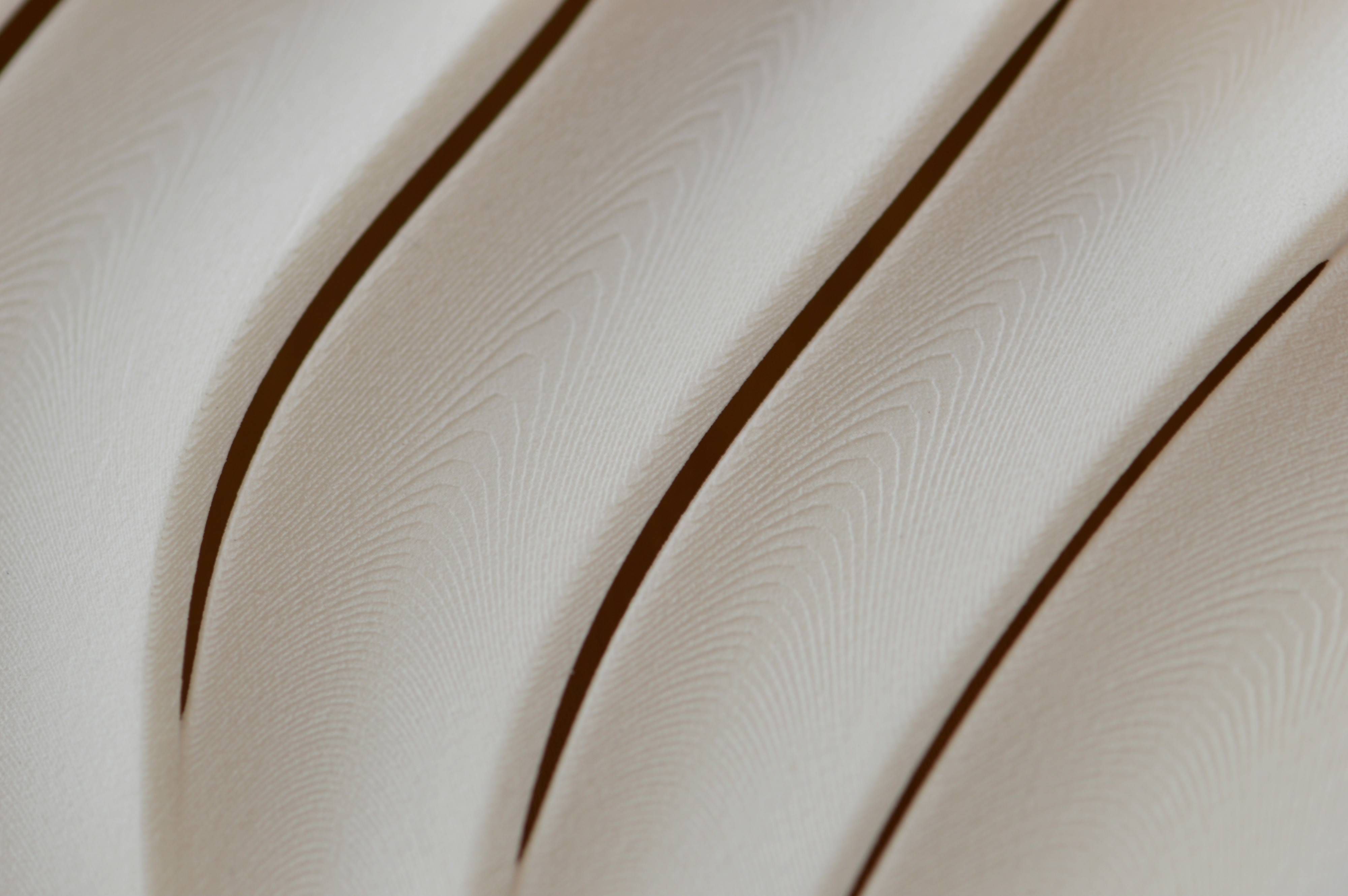 Because the case is made from nylon it’s incredibly durable, obviously, but it also allowed him to smooth and paint it so you can’t even tell that it was 3D printed. You can see the odd shape left the original 3D printed parts with some rather pronounced striation. A good 3D printing technician can usually find an orientation that reduces, or virtually eliminates, striation however the odd wing shape made that pretty difficult. Thankfully, once sanded, primed and painted in a glossy white the striation is gone and only smooth white plastic remains.

Banks designed his case in Blender because in order to produce the sides and center mounting sections he would need them to be custom fabricated. This meant that measuring accuracy for the internal hardware was extremely important as designers only had a few months to complete their entries and he wouldn’t have had time for a second attempt. 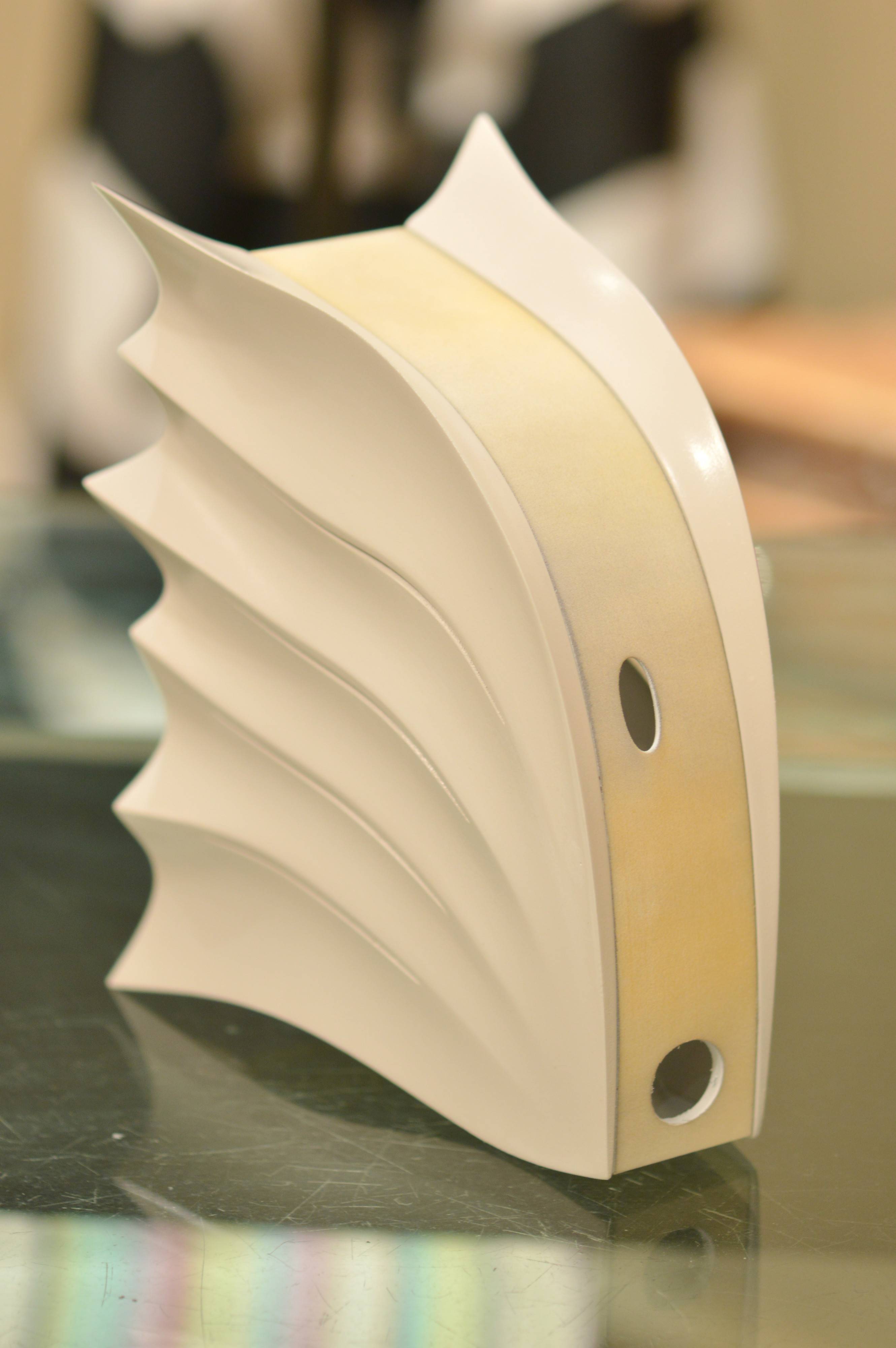 While Banks used screws to hold the center panel and the computer hardware together, he opted to use neodymium magnets to hold the case sides onto the frame. This made it simple to open and close the case if he needed to check on the hardware. Normally you wouldn’t want anything magnetic near your computer but since it doesn’t contain any magnetic storage there is no danger of harming the hardware. 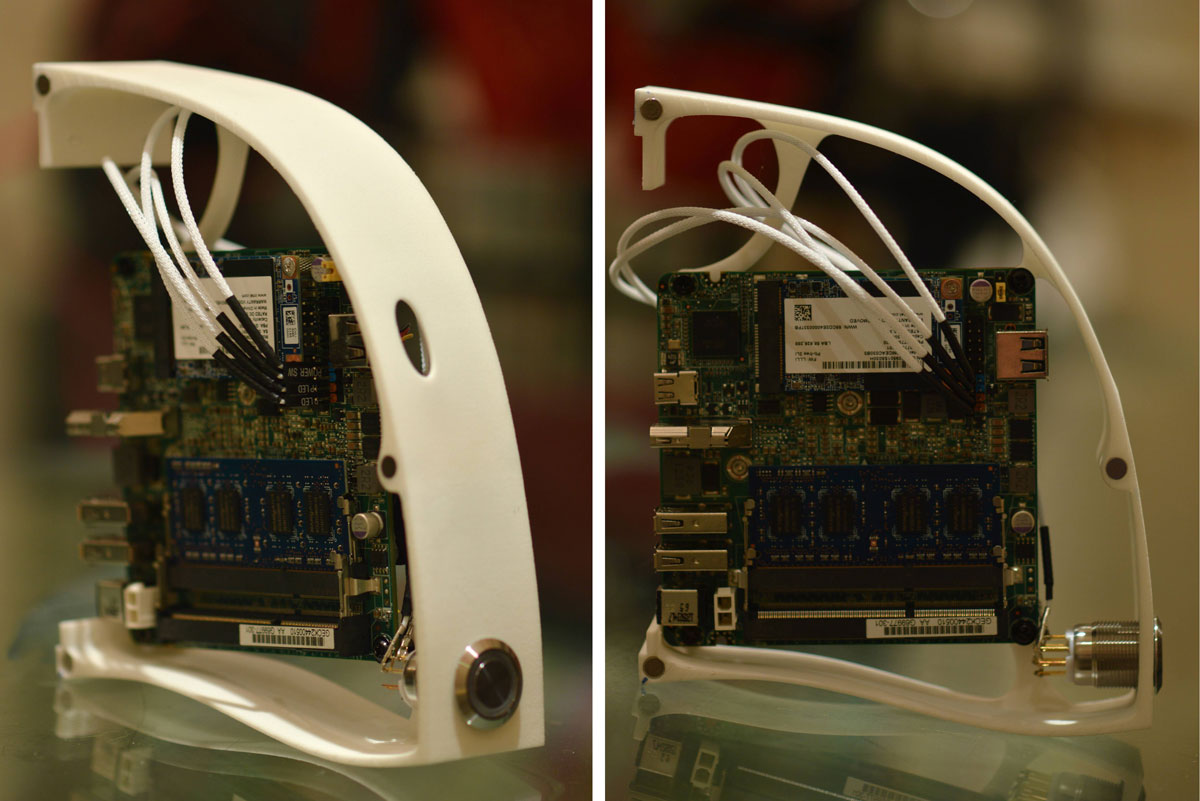 I think it is a stunning computer case, and obviously the judges agreed with me because it has almost universally received praise. It is easy to see why he won the competition, although there were a few designs that were equally as unique. 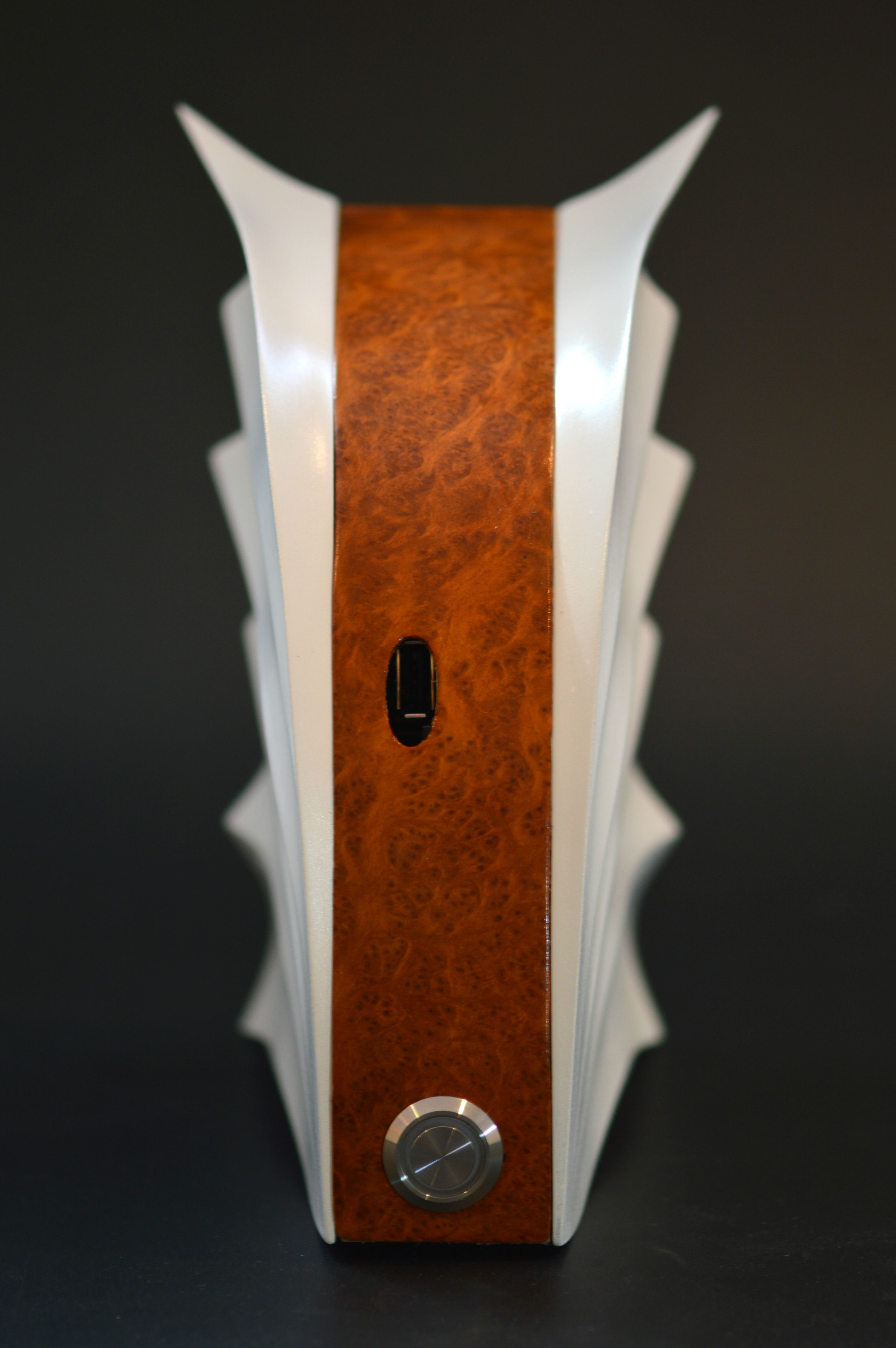 You can see all of the Bit-Tech and Intel contest entries here. Banks has created an Imgur album with his entire build log, and here is his original build log on the Bit-Tech forums.