FARO, the US-based NASDAQ-listed company specializing in 3D measuring and imaging software and devices, has released a new version of its Scenect 3D scanning software, with the latest iteration being labelled as version number 5.2.

As with many other non-desktop 3D scanning solutions, Scenect also relies on the user manually (and slowly) recording the data by holding the scanning device in hand and moving around the scan-worthy object – however instead of some very crude and oversimplified iOS or Android app running in a mobile phone or a tablet, Scenect doesn’t require users to make use of their handheld devices as such; all of the 3D scanning in Scenect’s case is done by using Microsoft’s Kinect or Asus’ equivalent for the PC market – the Xtion Pro Live. This approach is quite interesting and combined with some of the other features of the app – easy sensor calibration with automatic (error) correction (of also overlapping previously scanned areas) and post-processing of the data – create a promising spec list. You can watch Faro’s dev explaining the app and also giving you a glimpse of what the software looks like in action in the video below.

The Scenect’s approach of using (widely) existing hardware and free downloads make the application interesting for many different user groups and thus also has many varying areas where it could be used. FARO itself maps out the potential usage of the Scenect app to be mainly in prototyping, medicine, architecture or graphic design – in either digital form or as brought to the physical world by 3D printing the scans. However, in the consumer field, to really penetrate the market, I’m still left waiting for an even more simplified and user-friendly solution – even though producing seemingly good quality results, the scanning process of Scenect is still far from being convenient or fast – which might or might not be relevant depending on the usage case.

If the software is used solely for professional purposes, the quality of the results is naturally the most relevant aspect, but in the consumer world – maybe not as much – at least not in all cases. Therefore combining two of the arguably most important factors in the yet slowly developing non-pro market – the ease of use and speed – would be especially beneficial considering the entertainment side of things – and especially gaming.

As the race for the next leading paradigm between augmented reality and virtual reality is going strong in the gaming world – with proto/beta level contenders such as Oculus Rift for the latter and the ex-Valve dev duo created CastAR for the former team – opportunities for various kinds of 3D software and apps are bound to emerge from the depths of the freshly exploited dimensions and their possibilities. Starting from, for example, easily scanning yourself into a game setting or even making use of your actual whole surroundings and then exploring these brave new worlds with VR glasses – the possibilities are endless for all kinds of games from simple party starters to complex FPSs. But as stated, all of this would require a faster and more effective scanning solution than what Scenect can currently offer, but it does have strong potential – even in this sector. 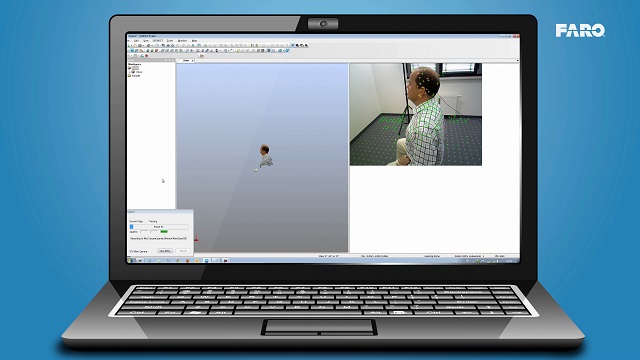 If you have a Kinect or Xtion Pro Live  and a Win-OS running PC, you can download the app (and check all the other system requirements)  from this link.