UNIZ, a manufacturer of desktop 3D printers, has begun shipping its new resin-based Slash 2 Plus system.

With the goal of combining speed and precision to streamline digital dentistry, the Slash 2 Plus is primarily aimed at dental professionals and labs for applications such as custom aligner models, model trays, surgical guides, crowns, bridges, night guards, and more.

Based in San Diego, UNIZ has slowly crafted a name for itself in the resin 3D printing space, now offering an entire portfolio of LCD 3D printers for the professional market.

UNIZ also has more than 40 patents to its name, which cover both the high-speed printing technology and the firm’s own range of resins. Specifically targeting dental applications, the company has even developed a set of FDA-approved dental materials, including the zDENTAL IDB for indirect bonding trays and the zSG Amber for surgical guides and brackets. 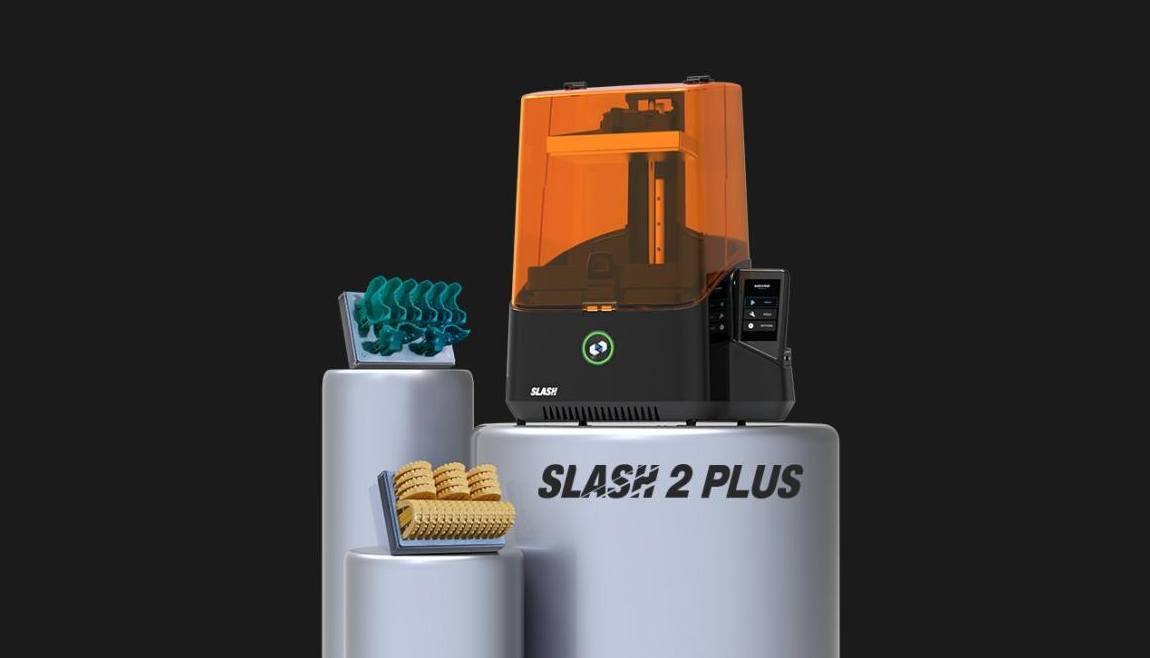 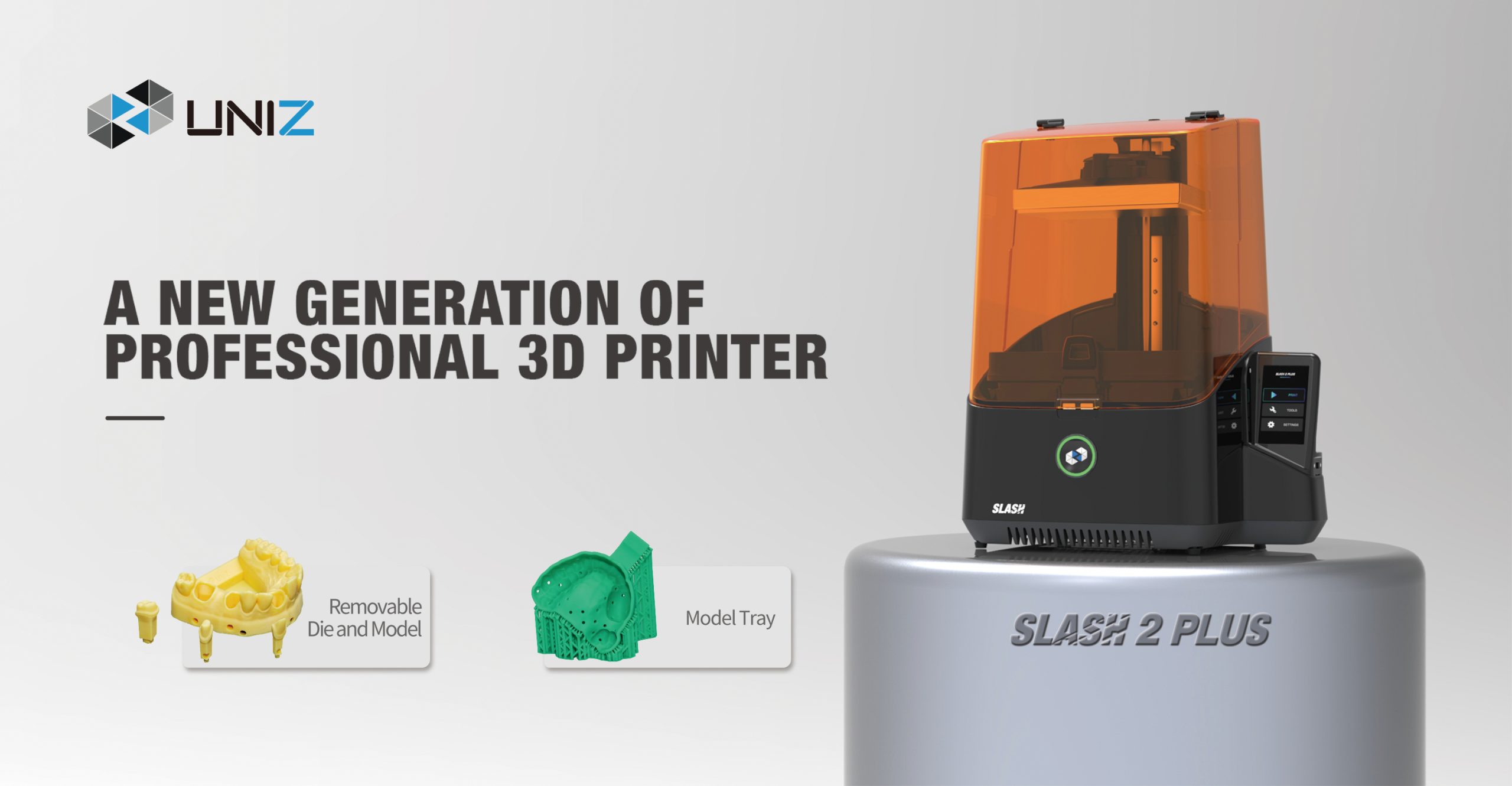 The Slash 2 Plus 3D printer

The Slash 2 Plus is one of the company’s highest-performance 3D printers to date, with a focus on speed and productivity to address the high-volume needs of the professional dental market.

UNIZ has equipped its machine with a build volume measuring 192 x 120 x 200mm, as well as a new LED light engine with a UV light intensity of 3400mw/cm². This is around double the strength of the original Slash 2 3D printer, enabling the Slash 2 Plus to deliver print speeds of up to 250mm/h. Translated to output, this means users will be able to 3D print a full build of 26 full-arch dental models in just 53 minutes (at six seconds per layer).

The firm has also implemented a next-generation proprietary liquid cooling system into the Slash 2 Plus. By providing improved heat dissipation, the liquid cooling system ensures that the lifespan of the LED light engine is extended to at least 5000 hours of round-the-clock production. Additionally, the machine is designed to be compatible with most of the dental resins currently available in the market.

As far as connectivity goes, Slash 2 Plus users will have their choice of USB, Wi-Fi, or ethernet and the system features a 4.3” touchscreen for machine operation.

To tie it all together, the new UNIZ Dental slicer streamlines the build preparation stage of the 3D printing workflow. According to the company, its product can slice and save a full plate of 26 dental models in just 12 seconds, which is significantly faster than several consumer and professional-grade competitors. UNIZ Dental also offers scan repair functionality, text embossing, automated model arrangement, model splitting, hollowing, and hole generation functionality.

Below are the technical specifications for the UNIZ Slash 2 Plus. The 3D printer is priced at $3,599 and is available to order now.