BigRep, a Germany-based manufacturer of large-format 3D printers, has shifted gears towards ease-of-use with one of its latest systems.

Debuted at Formnext 2021 last month, the new dual-extrusion BigRep PRO was designed with productivity and accessibility in mind, all in a bid to demystify the often intimidating realm of large-format 3D printing.

Beyond just being an industrial behemoth with its cubic meter build volume, the BigRep PRO comes equipped with what’s referred to as the JUMPSTART package – a set of feature upgrades forming the backbone of the machine’s user-friendliness.

I sat down with Marco Mattia Cristofori, Head of Product Marketing at BigRep, to discuss the new PRO 3D printer and the company’s pivot towards ease of use. 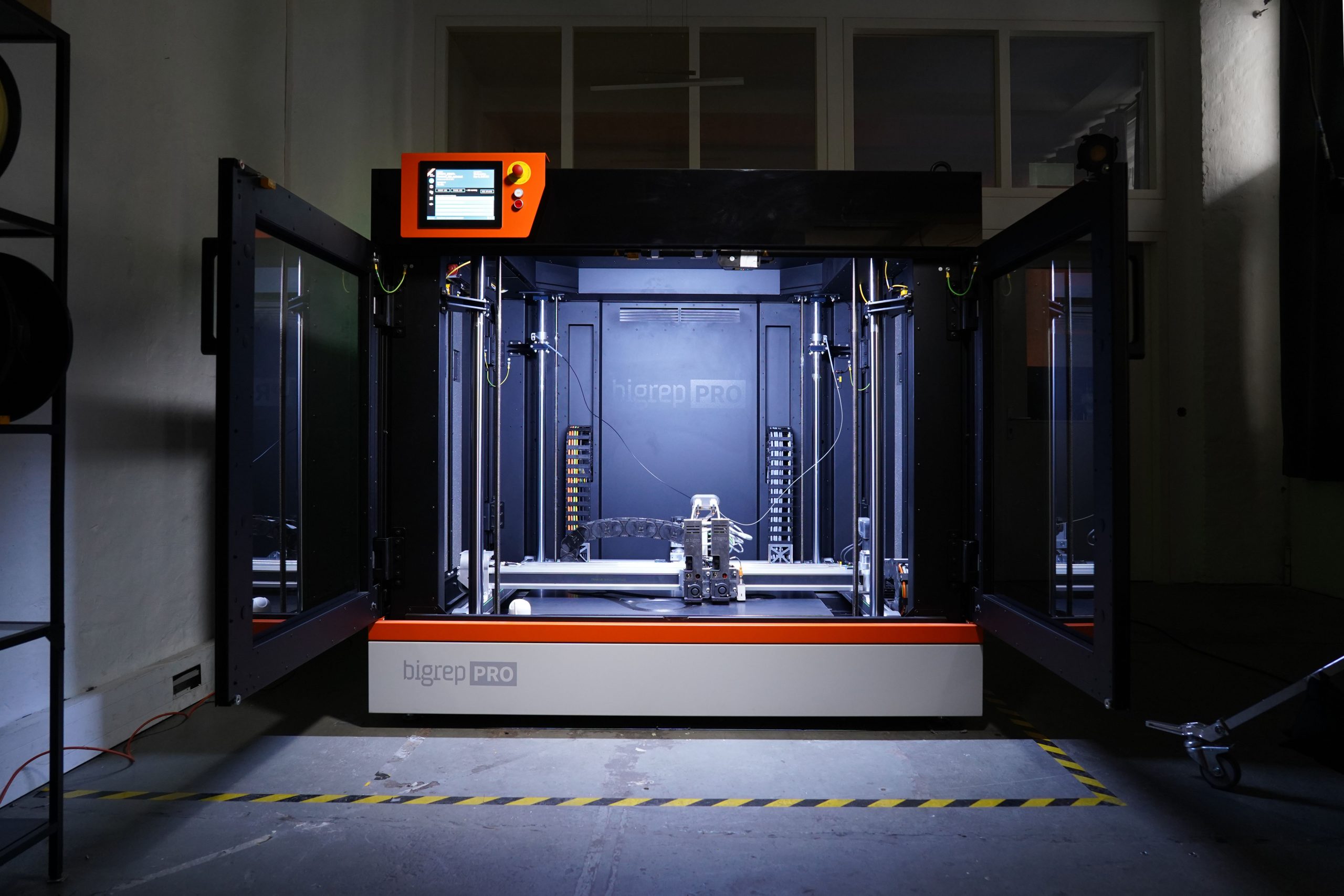 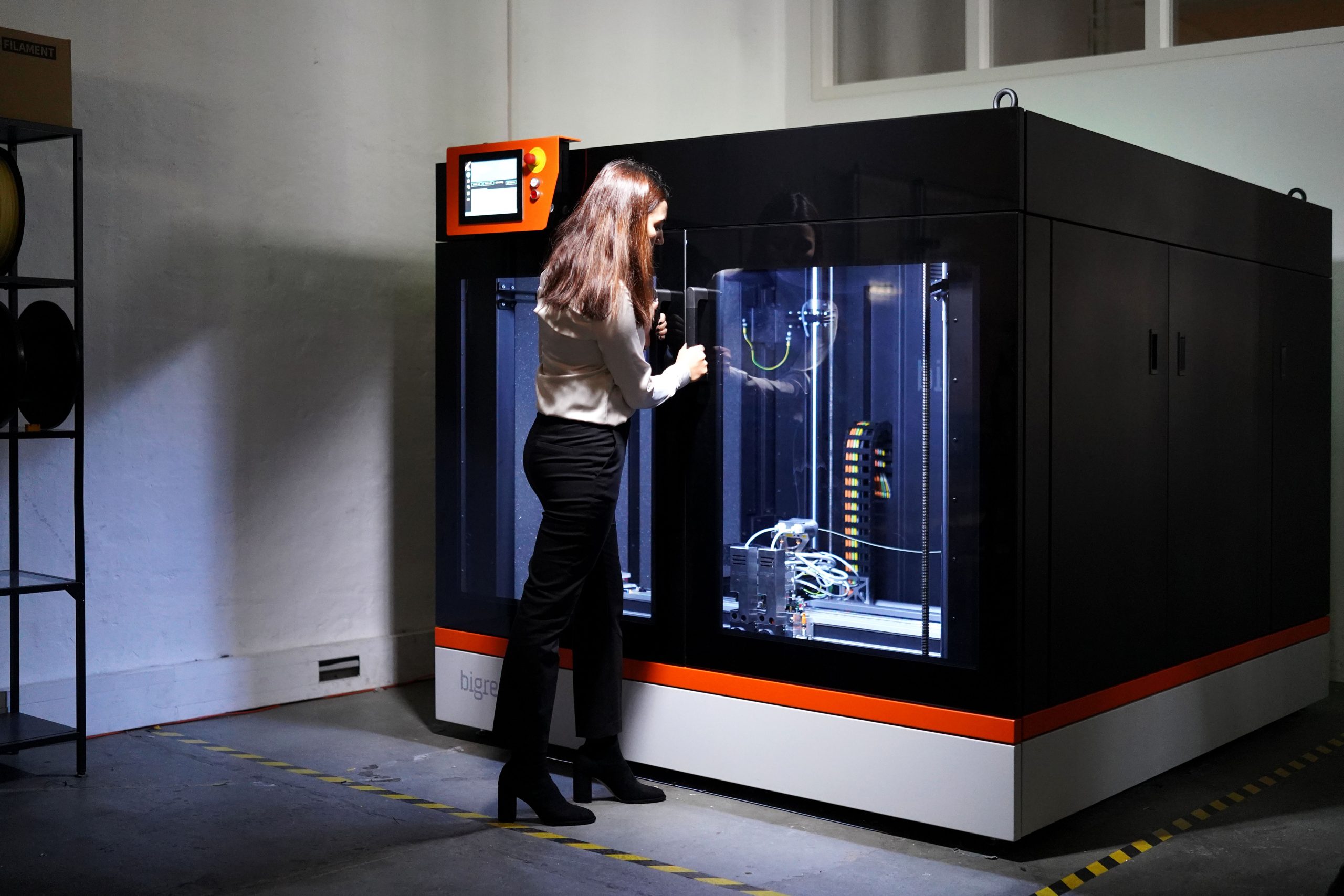 Anyone that’s familiar with BigRep will know that size is king, and the BigRep PRO 3D printer takes this concept and runs with it. The system sports a build volume measuring 1020 x 970 x 985mm, providing ample space for both large part and small batch series production. Additionally, the machine is supported by Bosch servo motors with integrated encoders and a custom-built gantry for durability and vibration minimization, which is crucial when working with such grand dimensions. The company has even recently released a new PA12-CF filament for use with the PRO.

Those that are unfamiliar with the intricacies of large-format printing will benefit from the machine’s JUMPSTART features: the LOCKSTAGE, the SWITCHPLATE, and the MXT® Control System.

The LOCKSTAGE is the name given to the printer’s new extruder assembly, which connects the extruder to the rest of the frame. Despite the feature being a micro-change, Cristofori explained that the innovation actually changes a lot on the mechanical level. As well as improving the printer’s overall precision, the addition enables users to quickly and easily install extruders, eliminating the need for any deep mechanical understanding.

Similarly, the SWITCHPLATE is the BigRep PRO’s new removable and flexible print surface. Cristofori said that the magnetic sheet is designed to ensure reliable part adhesion without any glue. In fact, the SWITCHPLATE is available in a range of different coatings for different print materials and even increases in adhesive strength when heated, meaning users will simply be able to ‘pop’ large parts off once they’ve cooled.

Finally, we have the PRO 3D printer’s new MXT® Control System. Cristofori described this as the ‘brain of JUMPSTART’, a melting pot of proprietary algorithms that analyze and optimize G-code to ensure speed, accuracy, and repeatability with every print. The MXT® Control System also serves to eliminate manual calibration altogether, allowing even the most inexperienced of users to get started with large-format 3D printing. 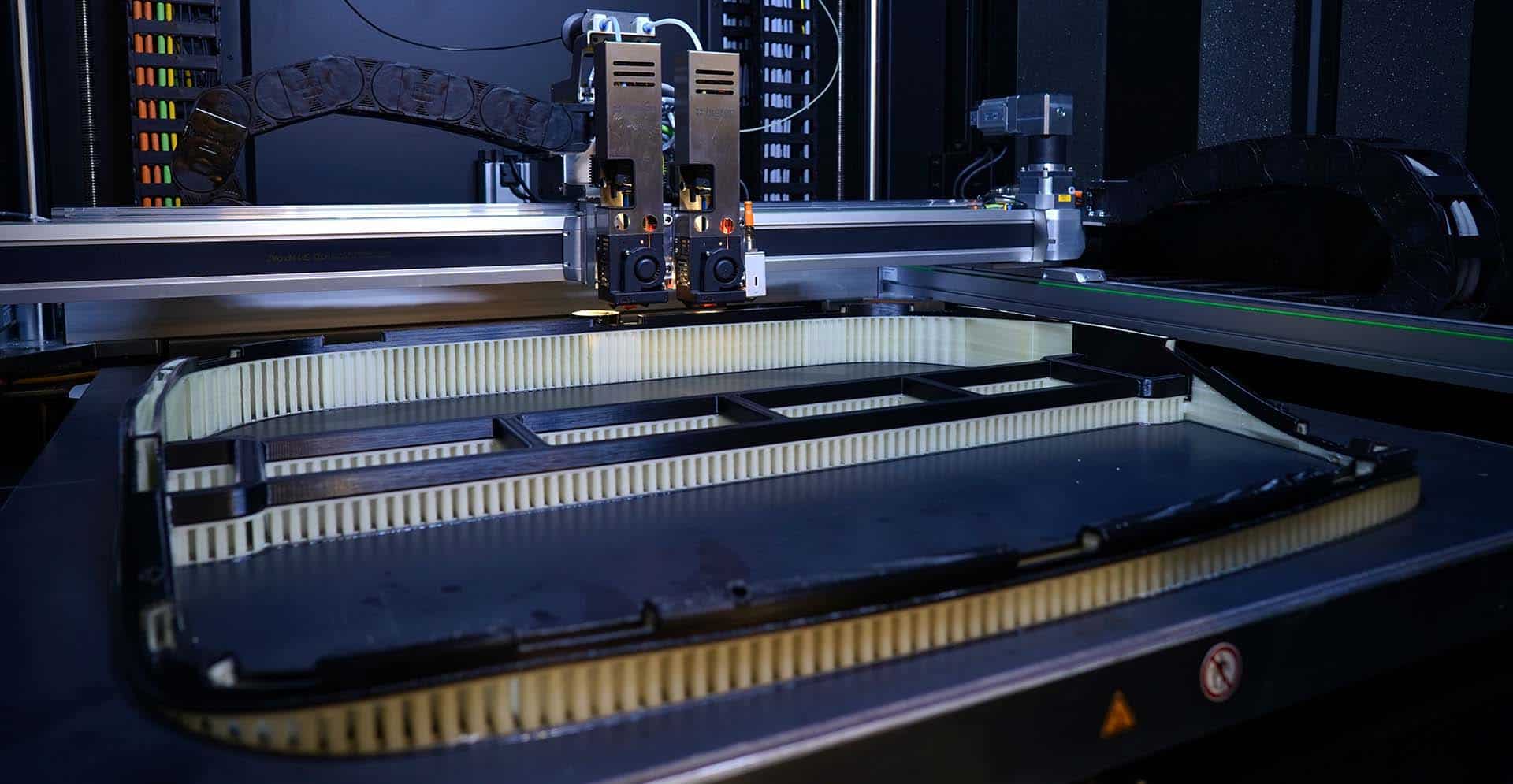 So where is BigRep’s technology being applied? The company is a facilitator of all manner of industrial applications, including functional prototyping, large-format production tooling, patterns, molds, jigs and fixtures, and even some end-use parts.

One case that stands out is Walter Automobiltechnik, a Berlin-based manufacturer serving the automotive sector. The company adopted BigRep’s technology last year, and has since been 3D printing custom jigs in-house for their new control systems. Production aids tend to be costly and slow to manufacture, with the prototyping phase alone lasting up to ten weeks in some cases. Addressing this issue, Walter Automobiltechnik was able to 3D print its own large-format tooling with lead time reductions of up to 90% and even greater cost reductions of 94%.

Similarly, automotive firm Nikola Corporation invested in a new BigRep PRO 3D printer just last month. The company is now printing its own assembly, weld, and Coordinate Measuring Machine (CMM) inspection fixtures, as well as test components to be fitted on the vehicles themselves.

Riley Gillman, Technical Operations Manager of Nikola Corporation, adds, “The first prints that we ran lasted 17 days. Since then, we have been pretty much running the PRO non-stop to help us print parts and components using its large capacity of printing, high resolution, and accuracy throughout the entire process.” 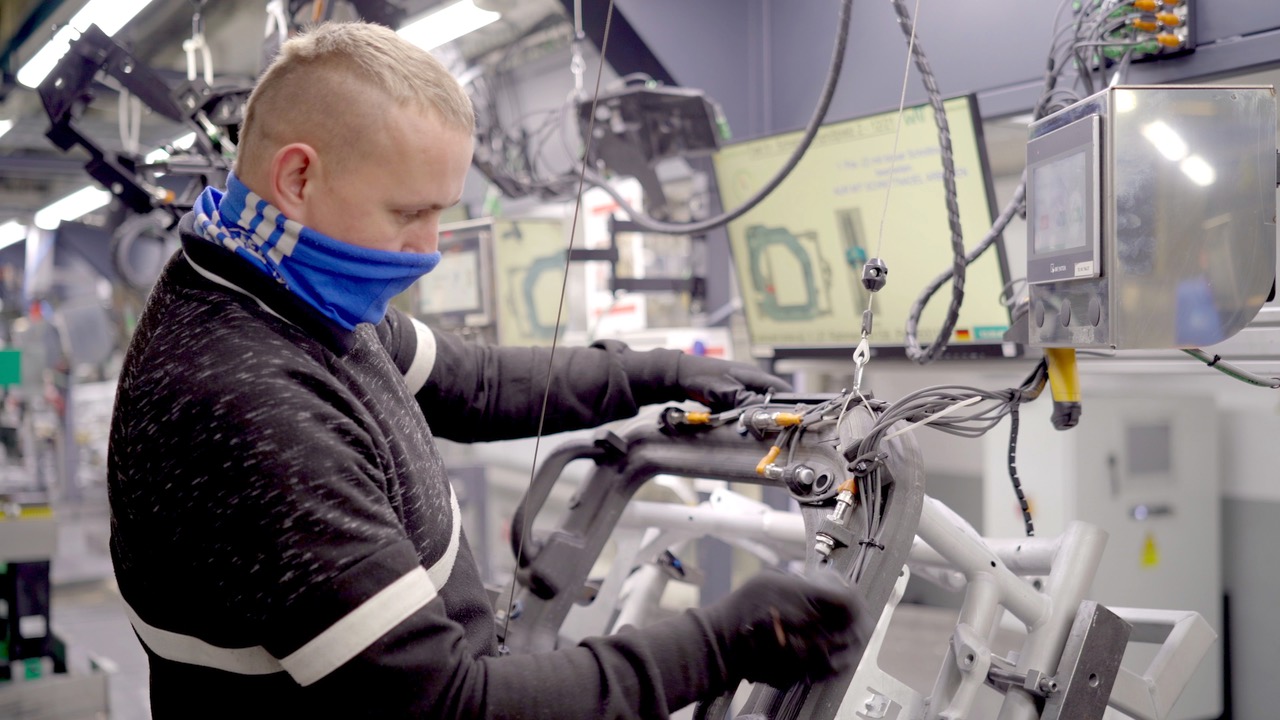 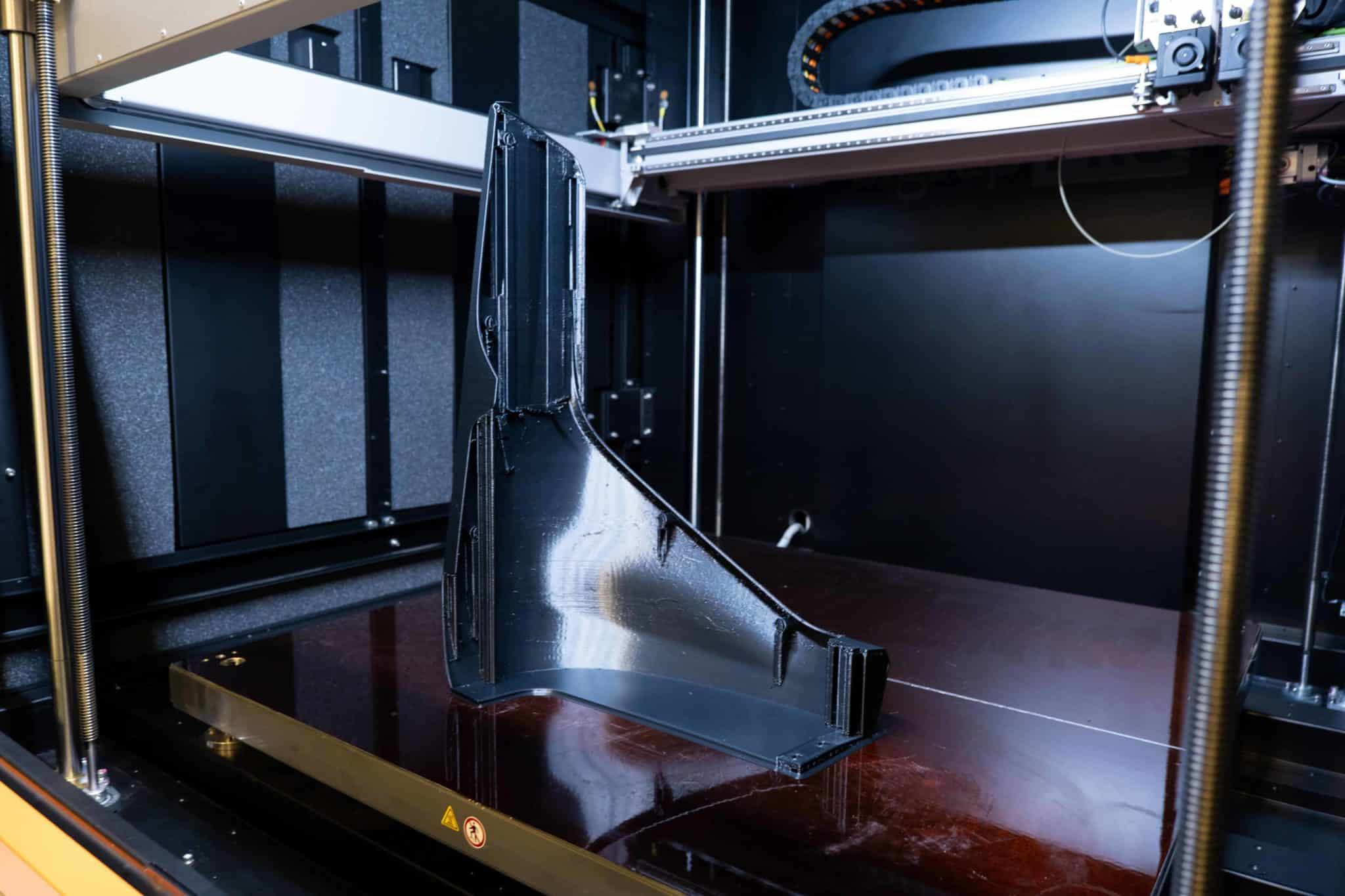