TinyBoy Wants to Pack a Big Punch for Education

The TinyBoy is a 3D printer as cute as its name implies. Made with acrylic panels, this little machine is just 15 x 15 x 22 cm in size — definitely small enough to fit on your desk. What it lacks in size, it makes up for in price as its creators state that the bill of materials is around $130. Why make a printer so small that its maximum print volume is about 8.5 cm3 ? For the kids, of course! 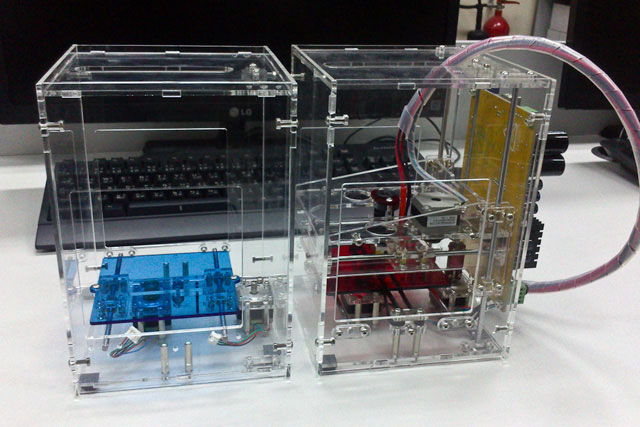 The TinyBoy team, made up of Parker Leung, Ben Lau and Henry Law, believes that, by making their printer so affordable and easy-to-build, they might democratize access to the technology, thus, making it an attractive educational tool for classrooms. The printer can be assembled with only a screwdriver, so younger students shouldn’t have too much difficulty putting it together, and, once they do, they can print objects large enough to wet their appetite for knowledge. TinyBoy puts it this way:

The process of making has the opportunity to transform education by inviting students to be something other than consumers of education. They can be a maker of anything, moving from being directed to self-directed through the process…Then they become a pioneer who may make another one for other people. So that the use of the 3D printer can be spread out to more students.

It’s still unclear whether or not the TinyBoy team plans on selling their machine, so that classrooms don’t first need a lasercutter to create the acrylic panels to build the printer.  But any school that does already have a high-tech piece of equipment like that will be ready to start building the TinyBoy when the plans are made open-source shortly.

TinyBoy made its debut at the Hong Kong Mini Maker Faire, this past August, and, from the looks of things, the TinyBoy is ready to go!