A couple of weeks back, I wrote about Canadian-based Tinkerine Studios’ desire to dominate the field of 3D printing education.  Whether or not they’ll succeed, when up against competitors like Printrbot and MakerBot is yet to be determined, but the company is taking significant steps in the right direction.  The company previously released a simple iPad app with lessons on 3D modeling and 3D printing.  Now, Tinkering has just launched its complete educational ecosystem, Tinkerine U.

Tinkerine U is the result of a global pilot, in which the manufacturer worked with educators to develop a series of curricula utilizing 3D printing, 3D printing tutorialstutorials, and a number of 3D printable projects for STEAM education. The existing curricula are the foundation for something quite extensive, including everything from physics, to geology, art, chemistry, math, and entrepreneurship. 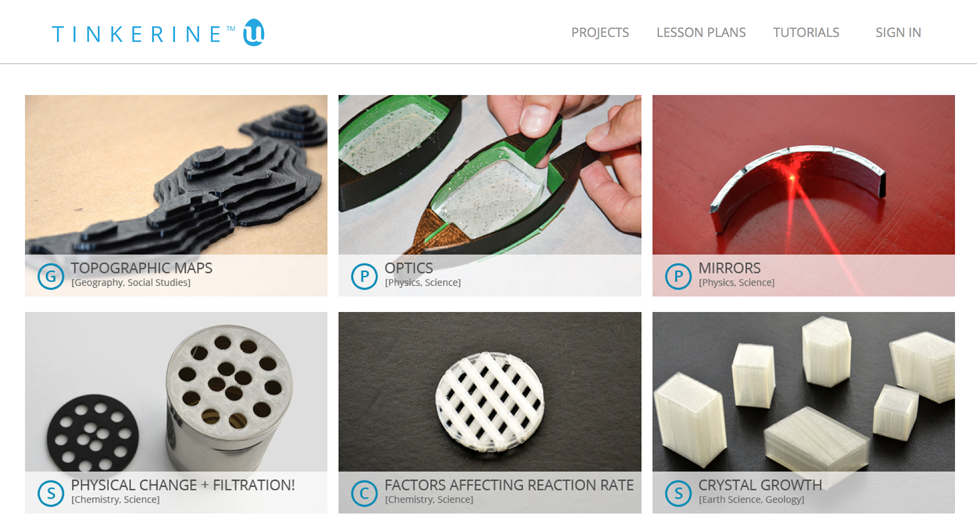 The site also includes a forum, where educators can share thoughts about their own educational practices.  Tinkerine U will also provide support for makerspaces and offer a peer-to-peer marketplace, putting an educational twist on the 3D printables communities of Thingiverse and Youmagine, perhaps with complete courses.  This marketplace will combine free and premium content, with prices set by developers. 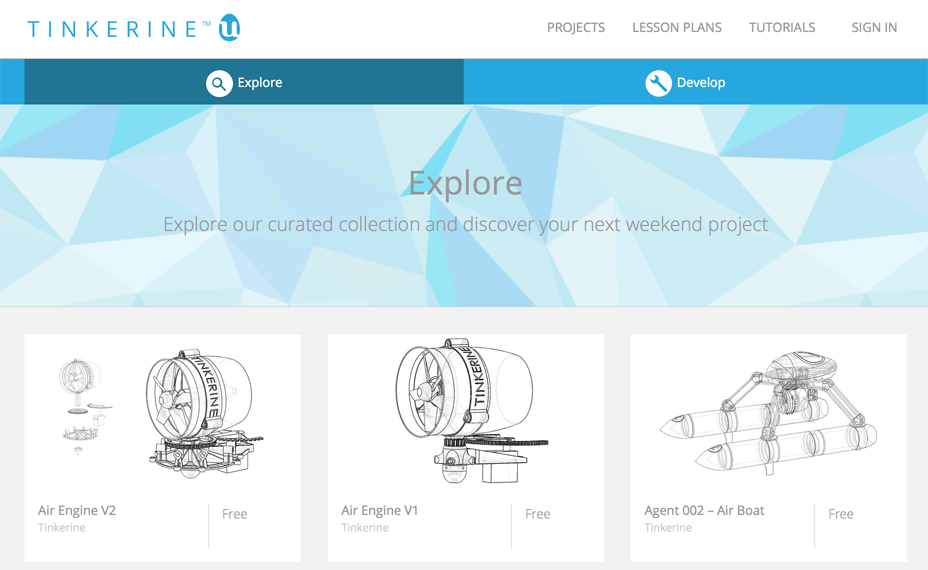 CEO of Tinkerine, Eugene Suyu, said, “We saw that no other 3D printer manufacturer was committed to providing adequate levels of training and support for 3D printing enthusiasts, especially educators. So we made the strategic decision to invest in training and content, both now and going forward, so that we can capture our share of the $86 billion education technology market and the broader $122 billion online learning industry.”

Tinkerine U’s education coordinator, Liz Arum, says of the platform, “By combining Tinkerine U training with Tinkerine Studios’ intuitive, easy-to-use 3D printers, educators can learn 3D printing within a matter of hours. Educators can then leverage Tinkerine U’s expanding portfolio of 3D printing projects for the classroom and focus on teaching the lessons and engaging their students rather than troubleshoot hardware and software issues. Tinkerine U provides workable solutions for educators’ varying learning objectives.”

Arum previously served as the Education Coordinator at MakerBot, before bringing her expertise to the Canadian competitor.  She joined the company in September of last year, along with another former MakerBot employee, Andrew Pelkey, who serves as Tinkerine’s Social Media Community Manager.  Together with former Director of Distribution for MakerBot RJ Wafter as a member of the firm’s Advisory Board, Tinkerine has at least three former MakerBot employees on its roster.

While other desktop 3D printer manufacturers have emphasized education and produced their own venues for educational materials dedicated to 3D printing, Tinkerine U is the beginnings of a complete educational package.  And Tinkerine Studios is preparing to take the education market by storm.