The 3D printable design store 3DLT – which on its initial launch was surrounded by a justified web-wide cloud of controversy due to IP rights issues (including unauthorized designs) – is now back to regain the industry’s trust via new partnerships and a reshaped operational model, with a re-introduction to the market at TechCrunch’s Disrupt tech conference in NY. Pablo Arellano, the CEO of 3DLT states that the process has been completely revamped to avoid such incidents in the future: “We have thoroughly reviewed the process by which we onboard new designers,” he stated.

The first partnering deal has been signed to specifically tackle the rights issue and it has been made with a UK-based, industrial 3D part search start-up called 3DIndustri.es (3DI). 3DLT’s angle with this co-operation is to implement the functional search tech of 3DI to “further validate the intellectual property ownership of files it receives from designers, making 3DLT.com one of the most secure and trusted marketplaces in 3D printing.” The search tech in this instance is not referring to a human-formed data analyst, who would be responsible for manually going through each uploaded design in a gloomy basement to see if the IP rights are violated or not, but in fact the concrete change to 3DLT’s process will be to include cross-checking software to their site, which will compare the designers’ uploaded designs with a global design database (which would be interesting to see in itself). 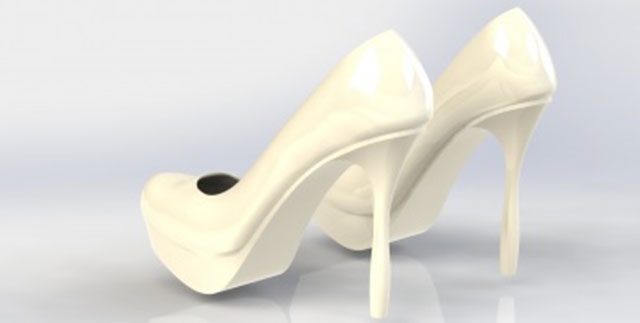 The second partnership 3DLT has made is with makezyz, the 3D printer network currently consisting of 500+ machines. The reason for this is of course obvious, as printshops/maker spaces/home 3D printers are yet anything but ubiquitous. The ideal sounding promise makezyz makes delivery-wise is also a strong selling point: “In partnership, we make same-day production possible for hundreds of products. A designer uploads a product to 3DLT on Monday, and can deliver it to a customer on the other side of the world on Tuesday. It’s a great fit,” states makezyz’ co-founder Nathan Tone.

In general, it’s always great to see a start-up – or any company / individual for that matter – honestly admit the made mistakes, bounce back and try again. 3DLT certainly have a lot to prove to industry insiders and the public in general and one assumes they know they will be scrutinized for any further rights issues, which in the end might just be the factor needed to create a really strong foundation for a functional – and leading – 3D model repository service. 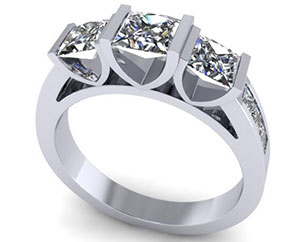 However, the one thing I’m always left to wonder with concepts such as this – i.e. using a network of individual 3D printer owners, rather than an already established printing service – is the quality issue. Using Shapeways, for example, includes a service promise of a certain quality level regarding the end result, which of course a network – such as the one makezyz uses – can not. Of course, if each maker applicant would submit test results beforehand, this could be solved to a state. Also peer reviews / feedback and other current factors playing a significant role in the general web buying behavior will play a huge part in the future of this sector as well, but as the maturity level of the industry is still very low in the consumer market, this does go to SWOT’s last column with big bold letters – at least in my book. For example, looking at this ring on the right – from 3DLT’s collection – and especially the details, I would be very skeptical to trust the concretization of this beautiful piece of design to a random maker without an overwhelmingly strong list of references. So right now, if I were to propose to my girlfriend, I would rather choose another form of manufacturing than a non-established maker in some far-away neck of the woods, who could deliver the product just as it is, with all the details, right proportions and sizes etc.

I might come off as a broken record with this rant already, but essentially what I am saying is that we need to manage expectations, and avoid illusions and hype with these business models, so that users, particularly those engaging with 3D printing for the first time, have a real grasp of what will be delivered to them after placing an order. Who will take responsibility of a poor experience in the end? How will the (inevitable) exchange/refund processes be handled? This is very important – especially for that crucial first encounter with 3D printing – with all service concepts operating in this field. The race for the eBay/Amazon/iTunes podium places of the 3D model & printing world is still only in its first laps, but before finishing the basic rules will need to be set.