Alright I know what you’re thinking, ‘I don’t have a hog and if I did, I wouldn’t want to scrub it!’ But let me explain. Our favourite haunt for crowd funded 3D printers and 3D printed objects, Kickstarter, has thrown up yet another gem.

Kickstarter project creator Santa Monica has presented a draft project called The HOG scrubber or ‘Hang-On-Glass’ scrubber. The proposal is a new form of aquarium cleaner unlike any that you may have at home. The unit would attach to the glass of your aquarium with magnets and remove the dangerous chemicals from the water. 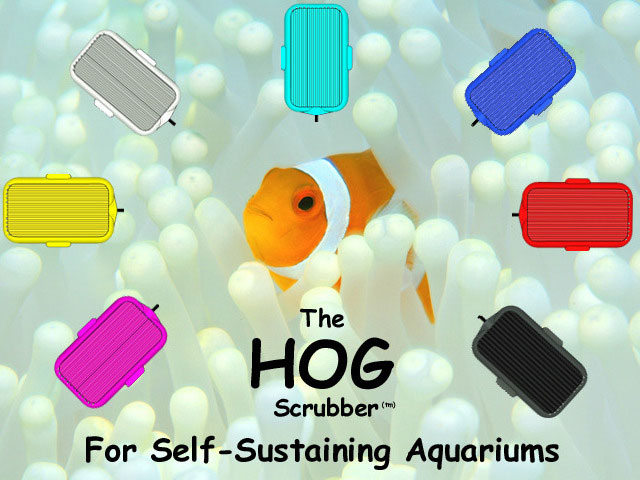 It’s a clever solution. Similar to how it is possible to grow plants in order to clean aquariums, the HOG Scrubber grows algae in the filter to do the same, using a process as old as time itself, good old fashioned photosynthesis!

But where does 3D printing come into all this?

Well as with many Kickstarter projects, getting into full scale production is always where the problems arise usually due to the onerous initial production set up costs. Santa Monica notes that one of the injection moulds alone cost $15,000 to $30,000. And the Hog scrubber requires 2 moulds! Plus, it turns out, the injection moulding companies struggled to make the mould themselves using traditional methods. 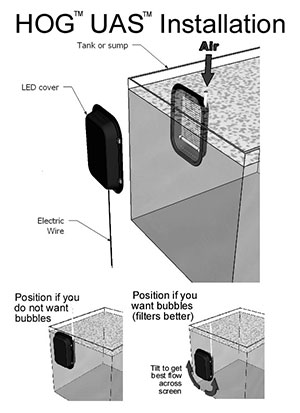 So, of course 3D printing came into play. Looking into using a 3D printing service offered perfect results but the sample prototype prints were expensive and there would be no difference in the cost for the final version. Of course the answer to the problem would be to purchase a printer and produce the case for the product in house.

But which printer and which technology to choose? Well anything photo-cured would be out of the question because of the potential for aquarium lights over-curing and damaging the prints.

SLS printers were also out of the questions because of the brittle and porous parts they produce, not to mention the problem of powder floating around in an enclosed space.

Finally, the Kickstarters discovered the benefits of Fused Filament printers using the more and more common melted plastic filament in order to make the part. And picking a printer that can print ABS means strength and water resistance comes built in.

This is where the Kickstarters are asking for our help before starting their campaign for real. Should they buy a few Replicator 2s? Or a Stratasys uPrint. Will the more expensive machine give a better ROI than machines with cheaper up front costs? What will the quality of the 1000th part be like from the cheaper machine?

So if you’re looking to get yourself an interesting and sustainable aquarium cleaner or if you want to follow what could be an interesting business model based on 3D printing technologies, check out the HOG Scrubber page.