3D printing is proving to be a technology with a strong future and potentially one of the most disruptive technologies of all time. Research with 3D printers is currently underway for a wide range of applications — from human kidneys to full scale houses. But while houses require a scale-up of the technology, how about the other end of the scale? Micro applications of 3D printing are also being explored and the results are impressive. A tiny car with fully functional wheels and axles produced at the micro scale has already been achieved. 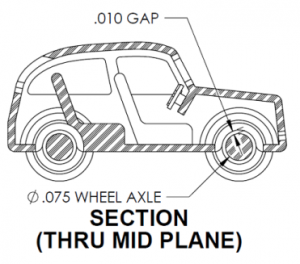 The first micro 3D printed car was first reported last November by Sam Green on the Objet Blog, and it was created by David Sun using an Objet Eden 3D Printer. What was quite exceptional about this car, apart from the size, was the fact that it was printed seamlessly with moving axles and wheels. The latest version of the car has been taken further — it has opening doors. The tiny car was scaled down to 1.5 cm in length, and check this out — tiny 0.3 mm pins on the doors that still work like a charm! The Objet 3D Printer was able to print a ring as thin as 0.14 mm. Have a look at the video to get a real perspective of how tiny the 3D printed car actually is:

According to Sam Green there is more to come: “I’ve promised David that we’ll now try to print this same car model on the Objet Connex Multi-Material 3D Printer to see what it looks like in multiple materials, which would include different colours for the doors and rubber-like tyres on those tiny wheels.” 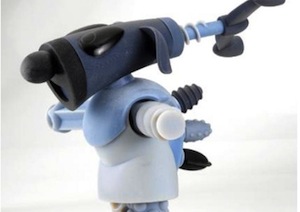 We at 3D Printing Industry are eager to see the updates on this and how the micro experiment with multiple materials will work out. Stay tuned for more on this and other 3D printing related stories.

In the meantime, if you would like to acquire a micro car for yourself, they are available at Shapeways.