The 3D printing focused TCT Show opened this autumn’s expo season. What were the key takeaways and how did the Birmingham event set the stage for the remainder of the year?

As expected TCT produced a professional and well-managed event, with many of the larger additive manufacturing system suppliers present. Other than a few notable exceptions, all the big names were at the NEC. Carbon did not attend, and while Formlabs was present with a dedicated booth the third 3D printing unicorn, Desktop Metal, was represented by resellers Tri-Tech 3D and Laser Lines. Desktop Metal also picked up the drinks tab at several evening events.

For the 300 companies and the 10,129 attendees who braved the gloomy weather and made the journey to the UK’s second-largest city, there was plenty to see. You can catch up on the news from TCT 2019 here.

Much like the weather in the UK at this time of year, the general ambiance at this year’s TCT could be described as varied. On the sunny side, an abundance of high caliber presentations from world-class enterprises, universities and research institutes delivered a wealth of knowledge. Materials science professor and the Director of AMPLab at the University of Birmingham, Dr. Moataz Attallah gave a whistlestop tour of the cutting edge science conducted by his team. AMPLab projects include exotic smart materials, drug-releasing medical implants and 3D printing tungsten for the nuclear industry.

Wolfmet 3D brought several weighty tungsten prints to the show. Their 3D printed collimators are advancing innovation in personalized cancer treatment via improved imaging. The company says, “Wolfmet 3D is transforming what is possible in collimator and shielding design and our customers have been keen to test this proposition.”

Other high-value metal additive applications included the copper rocket engine made for New York based Launcher by 3T.

Todd Grimm hosted the TCT Summit for three days, taking the spotlight for a keynote on Thursday. Grimm promised to sort the “wheat from the chaff” in a characteristically full-throttle blitz through what had caught his discerning eye. Several points stood out including the importance of broadening your horizons when selecting a vendor, rather than taking shortcuts with the big names in AM and how terminology like “Industrial grade” is marketing language, and an intention rather than a qualification.

Intellectual Property specialist, Potter Clarkson was present at TCT. The patent attorneys are becoming a regular feature at AM conferences and trade shows now and I spent some time discussing innovation in additive manufacturing with them. While the lengthy 18-month patent application process means year on year data on application numbers takes a while to fully emerge, indications are that a 4% rise in 3D printing-related applications is a reasonable indication that the industry continues to advance.

A first in the UK, Matsura unwrapped their glorious HP 5200, resplendent in boxfresh white at the NEC. The company was also 3D printing in color on the show floor. Color on the HP models I viewed was marginally more muted than offerings from Stratasys and Mimaki, but impressive none the less. In my experience, much comes down the 3D model when working in this medium.

Stratasys was ably represented across multiple resellers and brought a local real-world case study to the show in the form of the GWR Angel Trains parts. The project extends the life and of rolling stock and is in conjunction with Deutsch Bahn – who lead the mobility goes additive project.

Rail is one of several new verticals being explored by Stratasys following a lull in automotive investment, brought on by the U.S. China trade war, and other unstable political environments (Brexit isn’t helping). According to Yann Rageul, Manager Strategic Account Team EMEA at Stratasys, growth in rail is, in fact, comparable to the growth experienced by automotive prior to recent stagnation.

Determined to keep its leading position in 3D printing, Stratasys is also focusing on maintaining a lion’s share of the technologies in the sector. By the end of 2020, Rageul adds, Stratasys will have doubled the number of available technologies it has to offer, adding SLA and Xaar HSS to its portfolio.

Still no sign of the Layered Powder Metallurgy (LPM) 3D printer yet though. The machine itself Rageul says is still 3-4 years in the making. And now, in any case, it is much too large to bring to a tradeshow. Though there were no LPM samples at TCT Show, Rageul hinted that there would be more teasers from the company at Formnext.

A few stands over, Stratasys subsidiary, Makerbot, was exhibiting the Method line of 3D printers that aim to bridge the gap between traditional “maker” systems and more industrial machines.  For a short time, the company has been notably absent from some of the larger trade shows as it took a step back to recalibrate and re-think its approach to the market, especially in light of management changes. Leonardo Rodrigues, General Manager EMEA at Makerbot, dubbed Makerbot’s presence at TCT and forthcoming appearance at Formnext 2019 nothing short of a “comeback” from the company.

Notably, at TCT 2019 the”Makers corner” was much diminished compared to previous years.

EOS has not slept on the promise of Laser Pro Fusion. This high-speed 10x system is advancing through TR levels. Samples showing what the polymer printer is capable of were kept under lock and key, allowed out only briefly into this journalist’s hands. No launch date is fixed, and whether the promise of a 10x system on the horizon will pause the market remains to be seen. The company was tight-lipped about what’s in store for Formnext, but it is sure to be worth the trip to Frankfurt.

Poland’s 3DGence were more forthcoming, the F420 is an FDM/FFF system that will be unveiled in Frankfurt. Fittingly the F420 runs high-grade thermoplastics and ULTEM parts were available for inspection for any visitors who wanted to see what the company is capable of. 3DGence is blazing along and set to move to enlarged premises to accommodate their growing team.

Another less familiar name at TCT this year was Russia’s Ansioprint demonstrating two systems, they promise bigger and better things for Frankfurt. 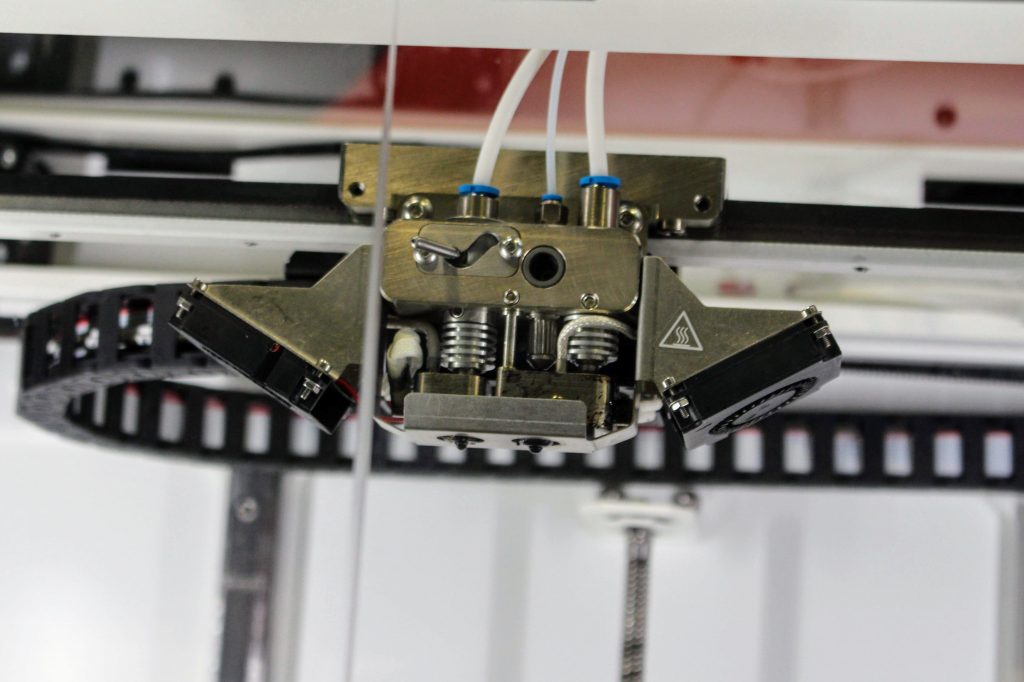 Overall, while the big guns remain reserved for Frankfurt TCT 2019 still rewards the visitor willing to delve a little deeper and take time to speak with the international experts gathered at the NEC last week.

As usual, conversations away from the show floor and during the after-show hours provided ample (off the record) food for thought. Topics ranged from international trade and the barriers US manufacturers now face when competing against EU companies in China and the inevitably back to Brexit.

While possibly the weather and maybe an EMO Hannover hangover made TCT appear quieter than past events, reviewing the floor plan or show guide doesn’t really do justice to this show. Around every corner I seemed to bump into another company representative who had opted to walk the floor rather than set up shop.

Other companies were on the prowl to snag scarce human capital. While I expect to leave an event with TCT with my pockets full of new business cards from the latest round of musical chairs, some companies were displaying even more backbone than usual in a bid to tempt talent to their doors.

As an opener to the autumnal AM expo season, the industry looks in fine form. A less is more approach seemed evident at many stands. This speaks to the confidence of the maturing third wave of AM companies who are now talking with an educated end-user who is less likely to be drawn in by scattergun tactics.

This feeling was reflected in sentiments expressed by many of the exhibitors I spoke with and can be summed up as a rising tide that raises all ships – just don’t mention that Benchy.

For all the latest news and insight subscribe to the free 3D Printing Industry newsletter, follow us on Twitter and like us on Facebook. Looking for a new job or want to hire AM experts? Create free profile on 3D Printing Jobs, or advertise to find experts in your area.