The Spiderman of 3D Printers Has Arrived

For his last semester at the Illinois Institute of Technology, undergrad Sebastian Morales brought his A+ game, deciding to divert from the predetermined curriculum and to pursue his own research project.  The result of his research is The Bug, a 3D printer inspired by spiders and silkworms and capable of 3D printing fiber composites.

Morales writes in his Instructable about The Bug that “3D printers [are] limited to layers and the strength of the bond between them, making parts significantly weaker than parts of the same materials made by injection molding, machining or casting. These days the market for 3D printers is getting crowded, and yet the market for fiber composites rapid prototyping has been barely explored.” Taking notes from the MIT pavilion “3D printed” by silkworms, he began exploring methods for making a printer that could weave webs of fiber reinforced composites. 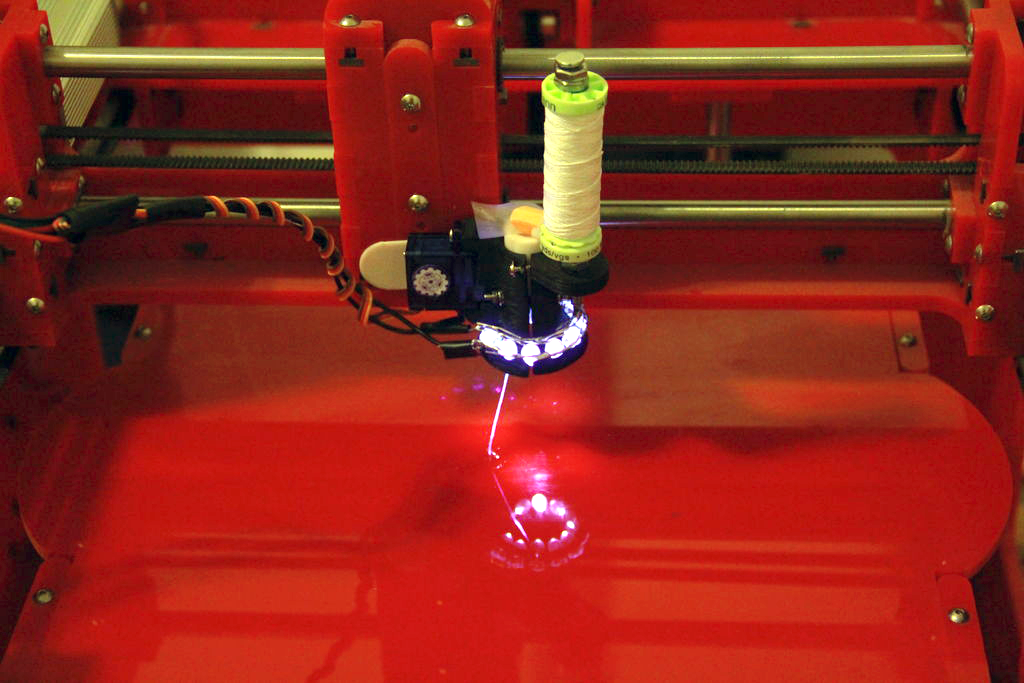 Strapped for time, Morales opted not to design the printer itself from scratch and, lucky for him, his adviser, Matt Spenko, had a spare [email protected] 3D printer laying around, assembled by a group of students a couple years back.  The printhead, however, is all his own. 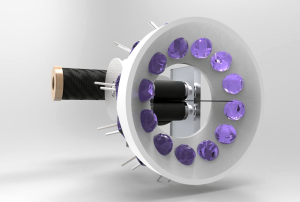 After drawing up a number of designs, Morales constructed a UV curing printhead with a series of 3W bulbs, which is then connected to a peristaltic pump pushing UV-curable resin and a spool of thread, to allow for the drawing of fiber reinforced plastic into 3D shapes. The Bug has not yet been fully realized, but its creator has made significant progress:

Morales has used Processing to generate random printing paths, in hopes of making for a stronger print.  He explains to one commenter, “One of the reasons I made this printer is because I wanted to avoid the traditional methods of layering slices. Making a part by layers reduces the strength of the part since at the end it will only be as strong as the bonds between layers. Fiber reinforced composites have the advantages that the fibers are multidirectional and overlapping (this is what I was trying to achieve with the random patterns) giving the part a higher strength-to-weight ratio.”

In the future, Morales believes that, once perfected, The Bug could 3D print with carbon fiber or fiber glass and he tells one commenter that he sees the potential for implementing lasers, instead of UV light, “Using lasers would be nice, and it would definitely make it more controllable. The reason I didn’t did it yet is because in this iterations the extruder is not very sturdy and if the fiber were to move just slightly out of range it would not cure at all. In the future however, I do see it as a viable option.”

I’m also not the first to see the super-heroic applications of such a device, as one commenter writers, “Looks good, when do you start on the wrist mounted web slingers?” If he does make wrist straps for his printer, he must remember that, with great power comes great responsibility.