Leveling Up: Check Out the Specs on the New 3DPrinterOS

If you are a startup producing a Universal 3D Printer OS, do you really want to compete with the open platform monster that is the Spark Platform?  Do you really want to be David to Autodesk’s Goliath? First of all, if you do, I’m sure you do not have a 100 million dollar venture fund to entice people to help you test and improve your system.  It kind of brings new meaning to the phrase “standalone.”

3DPrinterOS is indeed a standalone operating system and highly flexible “container” system that is on its way to complete neutrality and compatibility with all 3D Printers, 3D Apps and all design tools. 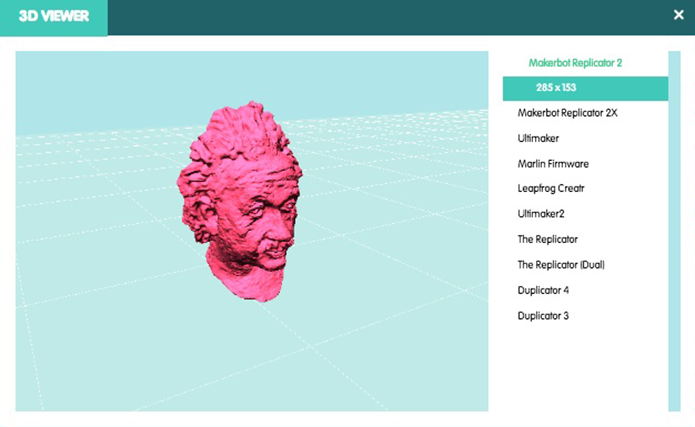 According to CTO Anton Vedeshin, their crack software team has had “more development breakthroughs in the past two months then in the whole past year of working on 3DPrinterOS”.  Though there are only a few months to go until they launch the complete version named Acorn, you can request the pre-release of 3DPrinterOS right nowand try it out.  It is compatible with Mac/Windows/Linux and Raspberry Pi.  When you log on to 3D Printer OS (after downloading the software), you are able to share your 3D printers with anyone.  You can dish out queuing and full print privileges to whomever you want. This means a teacher could sign up students and have them print objects s/he can monitor remotely from home, or at least queue them for in-person monitoring at her or his earliest convenience.

A nice educational aspect of Universal 3D printing OS software such as 3DPrinterOS, is the inherent catalytic characteristics.  Embedded in it is the intent to democrate and make 3D printing more accessible to more individuals.   Right now, a school that adopts 3D printing technology generally doesn’t have a 1:1 ratio of 3D printers to students.  It’s more like 1:100 or 1:1000.  Should it be mandatory that every student learn about the 3D Printing Ecosystem?  No, of course not.   But new technology in the hands of interested kids is an investment not only in the adoption of the technology, but an investment in the improvement of it, and the inclusion of unforeseeable uses of it. 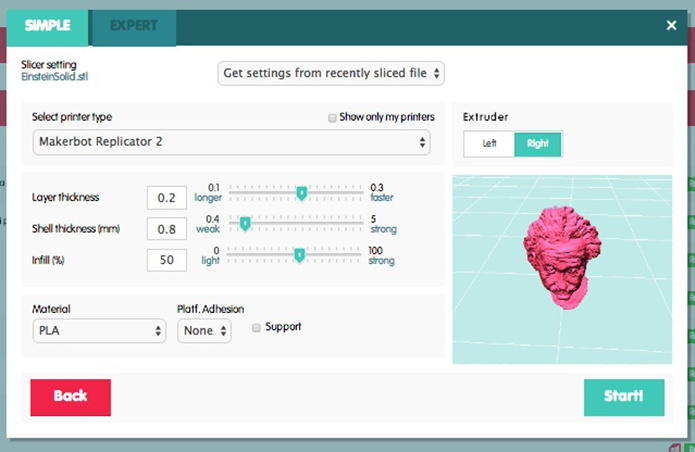 When 3D Printer OS is used at school, students use the cloud interface to clean up their STL files, which they can pick and import with one click with the search function, the administrator can then print the sent files at their leisure, and students can view their first and successive digital files morph into physical objects.  What generally happens when a 3D printer is installed at a school or in a community space is that people discover different creative uses for them depending on their intent, background and level of creativity.  Though a 3D printer is generally implemented to aid in teaching engineering and architecture, art and design students end up accessing them and using them for their own projects. 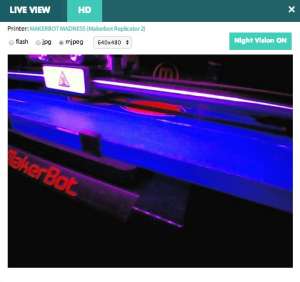 According to CEO John Dogru, “The thrill of seeing a 3D Printer in action is something we want everyone to have access to. The current fragmentation across printers, software, and design tools is unacceptable.” This isn’t just puff talk.   The team behind 3D Printer OS really understands the importance of education, and has been offering free classes in Brooklyn on 3D Printing with Shapeways recently signing on as a co-sponsor.  They are teaching the basics of 3D Printing, providing one-on-one training and walking folks through their first 3D printing experience.  With 3D Printer OS, users can have multiple versions of files, while “project” features keep them organized.  They can send their files to netfabb or other services, share them with others for collaboration, and print to their own printers or someone in their network (with permission).

What lies ahead for 3D Printer OS, soon to be released as Acorn?  Their main focus appears to be to encompass the whole ecosystem into a practical, visually appealing operating system optimized for making and exploring.