Social media sensation Snapchat has bought Seene and the world is waiting for 3D selfies, but the media giant has loftier goals for the team and the technology.

Seene essentially turns your smartphone into a 3D scanner and the company behind it, Obvious Engineering, was clearly on to something. Now the technology itself is deeply flawed and nowhere near a workable project. Snapchat, though, sees enough brilliance in the company and enough potential in the Computer Vision concept to pay for the chance to turn it into something useful.

The Computer Vision technology is interesting as, unlike Google’s Project Tango, it can theoretically produce 3D images without the need for an additional infrared sensor and several lenses. It doesn’t need advanced back-up on the Cloud, either, and can produce a 3D map using the phone’s own hardware.

A hybrid of video and pictures

Right now the application produces an end result that is somewhere between an image and a video. Seene always intended to create a 3D version of Instagram, but in the process it has potentially stumbled upon something far more useful.

The technology is rough, but if Snapchat can perfect this system then it has a ready-made rival to Tango that works with today’s Smartphones. It has applications for 3D scanning as a tool, it can turn simple 2D images into 3D selfie’s, of course, but it is also an essential component of augmented reality.

Snapchat has invested heavily in recent years with a number of acquisitions intended to add depth to their advertising capability, as well as power in-app purchases. Selfie lenses and Looksery give the user the chance to animate their Snapchats and add a new dimension. 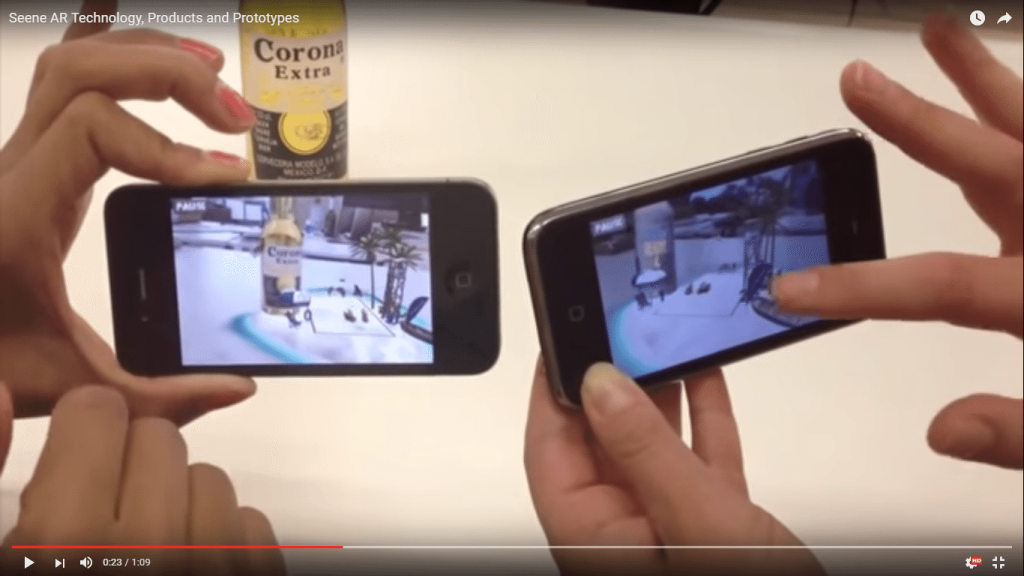 The constant reinvention of social media

Social media networks have to work hard to maintain interest and there is always another pretender just around the corner. So it makes sense for Snapchat to offer 3D capability to its users. Once the tech is in place then it’s naïve to think we’re not going to be able to send 3D images that should, technically, disappear after a few seconds. There is no question, this is a feature that will get used and abused.

It also has massive advertising potential as inanimate pictures can come to life through our phone. Smart marketers will be able to produce whole campaigns around this simple function.

This is a cute example of the application at work in its current form, but there could always be more to it than a simple novelty. This could really be a chance for Snapchat to go up in the world and become so much more than a lovable social network.

The potential of a mobile 3D scanner feeding into one Cloud-based system is virtually endless. So the company that cracks this particular code will be guaranteed a place at the top table when it comes to internet marketing and technology companies for decades to come. It’s that important.

Snapchat sees potential in the team, which is led by CTO and co-founder Sam Hare, who has a PhD in computer vision. That outfit is currently split between the UK and the US, but will relocate to Snapchat’s headquarters.

So we’re guessing this goes well beyond 3D selfies and we’re intrigued to see what comes from Snapchat in the near future now that real three dimensional scanning is a part of its business plan.