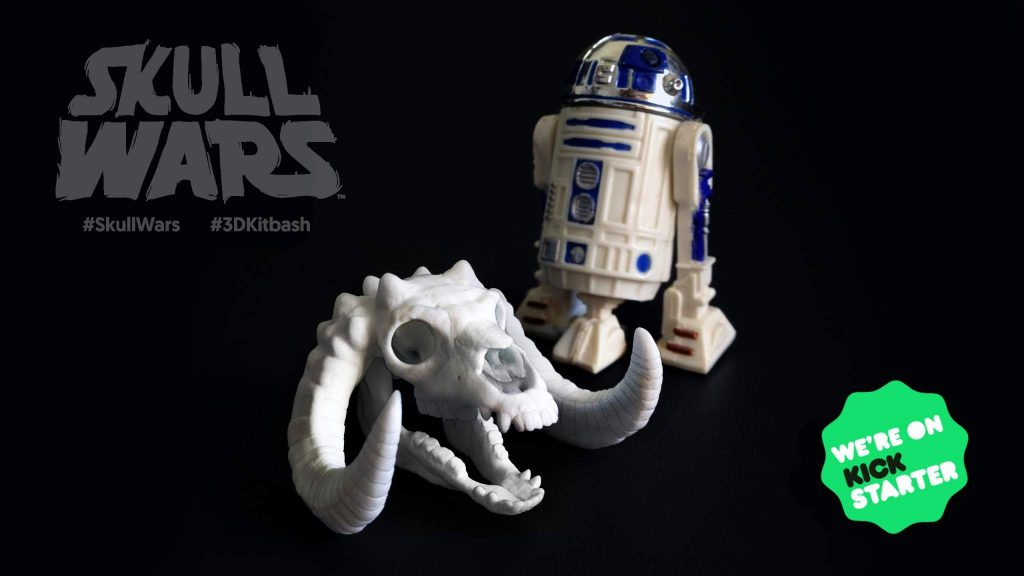 Haven’t you always wanted a collection of skulls of some the best known characters on Star Wars? No? We didn’t either, but then we saw this novel Kickstarter and changed our minds.

Skull Wars has created something of a stir, considering it is really just extravagant 3D printed fan art. The company had raised $10,412 of its $20,000 goal from a total of 149 backers with 8 days to go and it seemed to be gathering momentum. So this one really might come off.  Here is a link to the KickStarter campaign.

What are Skull Wars? Basically a parody from the brain of Natalie Mathis and Quincy Robinson, who have been making 3D-printable models of skulls at 3DKitBash (www.3DKToys.com) for a good long while. They make realistic skulls and fantasy skulls that can be scaled up and used as Halloween props, so this is right up their street

“They say ‘do what you love’, well I love making skulls and watching Star Wars,” said Robinson. “I started illustrating the skulls and the more they evolved, the more I wanted them on my desk. I really hope everyone gets as much of a kick out of this set as we have.”

You’ll recognise the characters, although for obvious copyright reasons you’ll see ‘The Green Master’, rather than the well-known Jedi trainer, a ‘Space Bear’ rather than an Ewok and ‘Accident Prone’ instead of Jar Jar Binks.

Does that matter? Not especially. Authenticity really doesn’t matter here. They’re skulls. Although each one is based on a real character, too, and an easily recognisable one at that, the artwork and CAD design is all 3DKitBash’s work.

“Skull Wars is meant to transform the way we think about some of our favourite characters and creatures,” said Mathis. “It’s also a bit like a parody trivia game, with skulls. If you really know Star Wars, you’ll get the clues in the names.” 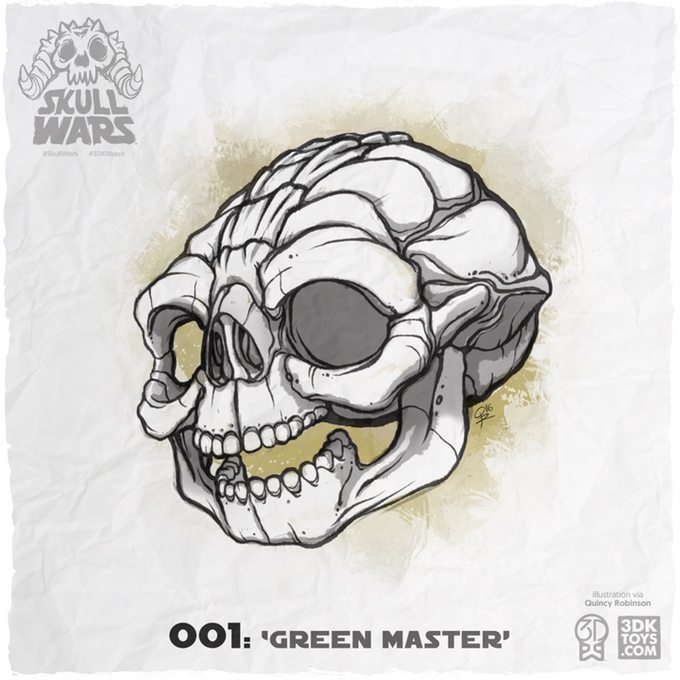 It is not a good trivia game

Honestly the clues really aren’t that complex, so the trivia game won’t last long. But these are fun novelties and the skulls themselves are good enough that you don’t need to be a Star Wars fanatic to appreciate them.

Supporters can choose between a set of professionally printed nylon skulls and the plans to make their own. An early bird price of $250 for a full set of fully printed skulls, together with any more that are added if they hit the stretch reward amounts, suggests they won’t be cheap if you buy them retail.

If you buy them off the shelf then you’ll get a selection of polished Nylon skulls approximately 2 inches across. They’re produced by Selective Laser Sintering, which allows for articulated jaws with no assembly.

DIY for less and put some color in it

As the skulls are relatively simply, though, so anybody with a solid printer can buy the .STL files for $110 during the Kickstarter campaign and make them at home. In fact it could be intriguing to see the whole collection in a variety of colors and even materials.  Metal versions, for instance, could look amazing.

If you’re prepared to wait, then 3DKitBash does intend to release at least one design for free as an .STL file on Thingiverse, MyMiniFactory, Pinshape and Cults3D.

Alternatively, you can pledge $20 and get one skull, or $55 and they’ll send you three. In fact, if you look at it cynically then this Kickstarter could be amazing free PR campaign for a company that is just trying to sell skulls for pretty much retail price without listing them on Amazon.

Still, it’s a quirky, fun little project that made us all smile today. Check the collection on their Kickstarter campain!