3DPI reported on the launch of Sculpteo’s 3DPCase mobile application back in September. We liked it then and it looks as though we were not the only ones!  The company and the 3DPCase app have been recognised by the Consumer Electronics Show (CES) this year having been  named winner of the prestigious Innovations 2013 Design and Engineering Award — Best of Innovations 2013.

Of the multitude of companies that apply to be entered into the 30 categories in the CES Innovations Awards, only one is honoured as Best of Innovations per category and Sculpteo .

Sculpteo’s CEO & Co Founder, Clément Moreau, in response to the award explains why he thinks the 3DPCase App has proved so successuful: “This Best of CES Innovations Award demonstrates how 3D Printing technology linked to the internet is revolutionizing the manufacturing process for all industries with on demand production, local facilities and affordable bespoke quality objects. The third Industrial revolution is not a rumour, it has started, it is ineluctable and it is of course a consumer matter.”

According to the company, 3DPCase demonstrates how the digital world is now entering the real world, with digital files manufactured on demand just with a few simple clicks from a Smartphone. Anyone has the ability to create a unique 3D printed object just using the ‘3D printing factory’ they have in their pocket.

Sculpteo has further developed a new process to make solid, smooth and durable cases and is reportedly the only service to offer quadrichromy on a 3D-printed plastic iPhone case, which allows users to easily upload a photo to create their own customised background on the case. 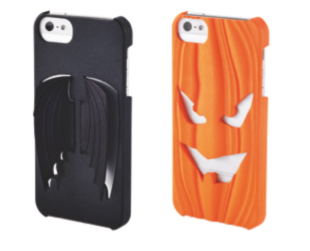