A number of companies submitted their entries for the award for high-tech industrial products.  The X150 was deemed to be the best entry and will carry the awards slogan ‘With Progress for Success’ for the year ahead.

Based on the NEO, which has been a huge commercial success, the X150 boasts a raft of new features to boost its precision and reliability. That has further cemented RepRap’s reputation with the manufacturing community and this commercial grade printer is now essential equipment for companies and high-end makers around the world.

Florian Bautz, CEO of German RepRap GmbH, said: “An innovative industrial solution converts the latest in technological and scientific discoveries into new products. This results in long-term quality improvements that save resources, increase efficiency and win customer acceptance. Our X150 3D printer is built from high quality components that are specially designed to meet industrial requirements and are thus fully capable of doing this.”

The printing bed volume of 150x150x150mm means it is limited, the company has much larger printers for companies that need them. But for prototyping purposes, then the X150’s speed and accuracy are big pluses. A metal housing rules out flex and play-free drives and shafts, as well as cutting edge extruder technology, helps to create clean prints. In the commercial world, this matters and it has won RepRap legions of fans.

The X150 offers a number of optional extras, too, including integrated lighting supports that can house a remote webcam-based monitoring system.

Resin is its calling card

PLA and PETG are the staple diet of the X150 and it works in harmony with the fully Open Source RepRap software. Making the software open is a master stroke, as it has brought the maker and hacker communities together to make improvements and tailor the software to specific requirements.

This sense of community can be the difference between a huge hit and a flop, so we’re fully behind RepRap’s approach to open source. You can see it in its early designs, this is a company that has grown out of a hacker’s mind. 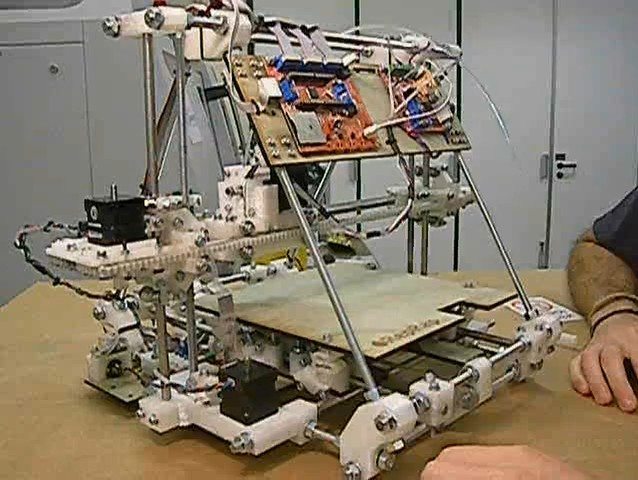 The company that is based in Feldkirchen near Munich and focuses on Fused Filament Fabrication printers, together with the requisite accessories. It has become a major part of the 3D printing community since it was founded in 2010 as the German RepRap Foundation and it now works with major industrial, automotive, aerospace and medical companies to help drive 3D printing forward.