Remixing Evolution on Thingiverse to Win a 3D Printable T-Rex

MakerBot recently launched a new contest that wants you to play with evolution, perhaps to underscore how things can be quite different in the “Thingiverse” than they are in our own Universe.

To win one of the three spectacular 79 piece T-Rex Skeleton Models – and have the opportunity to have your own design printed and displayed at the MakerBot Stores in NY and Boston – The T-Rex Remix Challenge asks you to try to imagine an alternative path to evolution for the T-Rex Skull model, available free from the MakerBot Academy.

In the Thingiverse there are no limits to the possibilities and evolution can be as fast as the time to import a file into your modelling software. That does not always work out for the better though… a T-Rex Jaw on the Meshmixer rabbit or the MakerBot Gnome, which are the models that were been uploaded first, do not necessarily assure our chances of survival (or does it?) in the universe of 3D printable things. 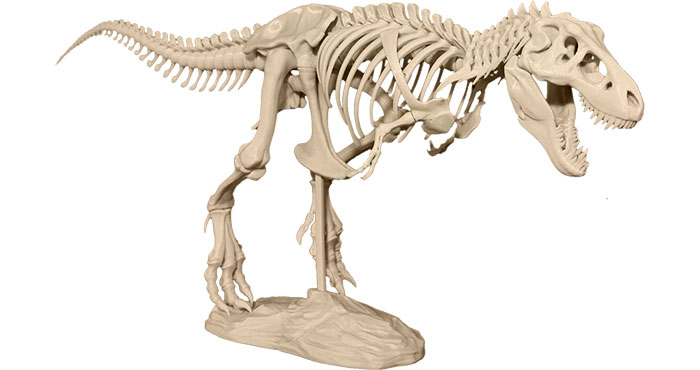 All entries must be uploaded by May 13th at 11.59 EST – so not a whole lot of time to come up with your design – and it must be tagged #TRexRemix to be considered. To choose the three winning designs, Judges will evaluate both creativity and printability. Along with the above mentioned virtual trophy and global recognition, MakerBot is also awarding some very practical prizes: three MakerBot spools of filament for the winner, two for second and one for third place.

Evolution did not happen in one day, but in the Thingiverse it goes pretty fast. Check out this video of the 79 Piece T-Rex coming to life.