Who better to make long, tubular strands of things than the folks who invented pasta[1]? Italian manufacturer Plastink has taken the time-honored tradition of noodle making and applied it to 3D printing filaments, releasing a line of ABS and synthetic rubber materials for your 3D printer. 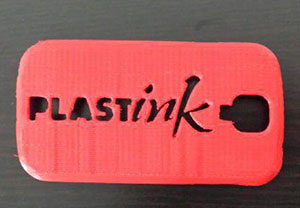 As told to Italian 3D printing blog, stampalo3D, translated by Google and edited to make sense, the Plastink story is this: “the company was founded as a new brand within the already established structure of Vicenza, which has produced technical filament for years for various fields of application. Using its experience in the field of technical filaments, today the company develops, produces and offers 3D printing filaments — 100% made in Italy.”  Because, according to stampalo3D, there are still few material suppliers within the country, Plastink offers a much-needed source for filament. As the global 3D printing industry continues to grow local suppliers to local markets are going to become more central to the ecosystem. Furthermore, in addition to selling interesting and unique synthetic rubber, the company also lists cute tidbits of information on their site, such as this:

Natural rubber is obtained from the collection and clotting of a particular latex product from particular trees living in tropical areas; synthetic rubber is easily synthesized and produced in large quantities in modern factories, especially for tires. The rubber (in English “rubber”) owes its name to the English scientist Joseph Priestly who observed the ability of this material to remove (in English “rub out”) the pencil marks.

The company is in the process of creating new materials, so I can’t wait for what other factoids I’ll be able to learn as the company develops.

[1] Though, there’s word going around that Marco Polo imported the shape of spaghetti from China.  And, anyway, Italy is famous for things other than pasta.  There’s also: sportscars, the Ninja Turtles, and the Codex Seraphinianus, an encyclopedia describing a fictional world in a fictional language with some of the coolest drawings I’ve ever seen.