The drip feed marketing strategy (an increasingly common, and rather frustrating tactic of tech companies) from Singapore based 3D printer manufacturer, Pirate3D, continues in the run up to the full introduction of the Buccaneer on Kickstarter. The team is releasing the specs for the system imminently, they tell me, but they let me have a sneak peak and they’ve positioned themselves against the current market leader. Once again, if the Buccaneer materialises as promised, and I’m going to nail my colours to the mast of the pirate ship and say I think it will, then there are going to be some worried board meetings taking place over the next week or so. 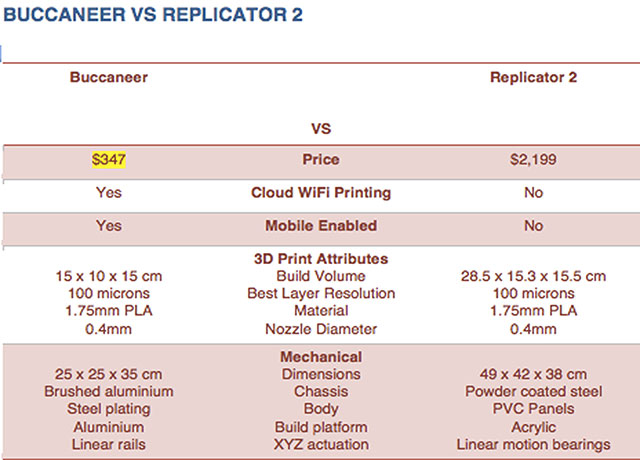 I’ve also been promised: “We will be revealing the photos of internals really soon.”