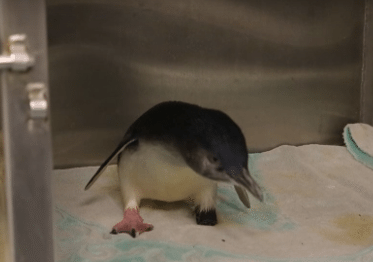 In 2007, he had some fishing line wrapped around his left leg, causing severe damage which led to the leg being amputated. Since then, his keepers at the International Antarctic Centre in Christchurch, New Zealand have been using foam to try and give him some support around the stump, but the poor little guy was still struggling. 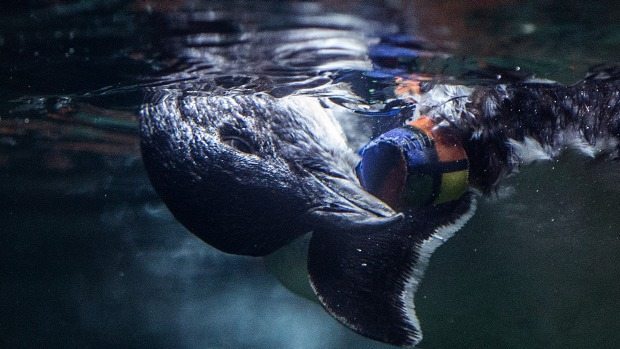 Don Clucas from the University of Canterbury in New Zealand has designed a 3D printed replacement foot for Bagpipes, which was fitted recently. Apparently the biggest challenge was getting a scan of his good foot, as he was “quite wriggly”, said Don. It took about 30 hours total to design the foot. 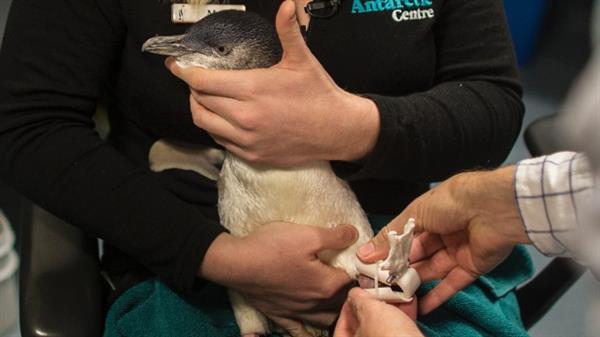 The hope is that the 3D printed prosthetic will help relieve pressure on Bagpipes’ stump, which was causing discomfort and could have led to other health issues down the line. In the past, Bagpipes was using his beak and flippers to help him get out of the pool, which penguins wouldn’t ordinarily do. Now that his weight can be evenly distributed with the 3Dp prosthetic, he can hopefully use both feet and prevent further injury.

“We still need to make a few adjustments like making it easier to clip on the prosthetic and keep it in place on his legs.” said Don. The current prosthetic is made of plastic, but there are plans to add rubber grips to the final design, helping Bagpipes with his grip.

Penguin keeper, Mal Hackett describes him as “…our resident bad boy with a soft streak,” saying he was pretty good with other penguins, but not so much with his girlfriends, only giving them the time of day during breeding season. She hopes that the prosthetic will make life a bit more comfortable for Bagpipes.