We’ve heard a lot of complaints about Paypal and their procedures that often look a bit odd. Recently a startup told us that they were doing fine for 3 years using Paypal, and suddenly their account was blocked because… “your sales increased recently.” Well, that’s some good news, huh? Not for Paypal: “That’s an increased risk level for us, so we have to take 15% reserve for 6 months from tomorrow onwards”. What?

But read the story below, from Kobus du Toit, founder of Gizmo 3D Printers, the Australian company that recently ran a long anticipated, successful campaign on Indiegogo for their super fast resin printer. With this one Paypal goes crazy and hopefully making it public here will help solve the problem by grabbing the attention of  someone at Paypal headquarters: you can’t just strangle a company to death, and further say your security procedures were successful at pointing out some weakness in that company. “See? I told ya!”

Gizmo 3D Printers Indiegogo production delayed due to PayPal’s decision to reserve $80,000 of the funding

Gizmo 3D Printers has regrettably been forced to let their Indiegogo backers know that they are faced with an unforeseen situation where PayPal has decided to block a large amount of the funding that has been contributed to their Indiegogo campaign. Even after they have sent them all of the requested documentation to release the funding (confirming the reasons and intentions for the funding etc), PayPal has informed them that they will not be releasing the funds anytime soon. 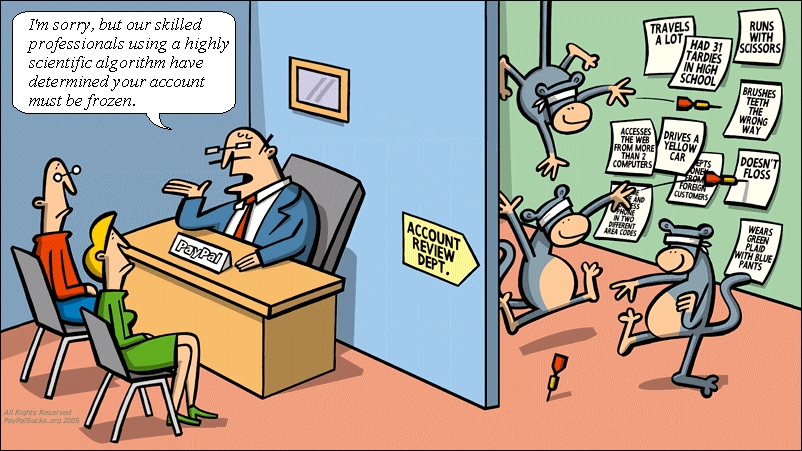 Their reasons for doing so are as follows (quoted from an email PayPal sent to Gizmo 3D Printers on 19 April 2016):

“During a recent review of your PayPal account, we determined that it was appropriate to apply a reserve to your account effective in 24 hours. A collateral amount of $80,000.00 will be set aside from your current available balance. In addition, a rolling reserve will be set at 55% of the processed amount for each day, to be held for a 180 day rolling period.

We regularly review reserve levels and make adjustments when possible. You will be notified if your reserve settings are adjusted (increased or decreased) in the future.”

Gizmo 3D Printers Founder Kobus du Toit feels the reasons listed unfairly describe nothing out of the ordinary in regards to the situation Indiegogo campaign startups typically find themselves in – they can’t always deliver products straight away and they haven’t had a history of large income. He says, “More importantly, the email indicated no way out of the reserve which will now lead to serious repercussions for us.

We will be unable to deliver the much appreciated orders from our backers in time if we do not have the money to do so. Plus we run the risk of losing our patent which $10,000 is due in a month’s time to keep it safe. Quite a devastating situation after working so hard for so long on building our good name and trust with our suppliers, distributors and the community which will also be affected by it.

Therefore we’ve had no choice but to register a dispute against PayPal at the Financial Ombudsman of Australia which we did and we’ve received our case number. PayPal has 21 days to respond to the case. Because this is now a legal matter PayPal refused to communicate with us any further.

As a last resort we might have to refund the orders and hope that you will place them again through bank transfers to our secure bank account, but we can’t do this until the Ombudsman has made their ruling.

We apologise for any inconvenience this may cause and will appreciate your continued support through this unfortunate incident that we will keep you informed on through our newsletters, social media and Indiegogo updates.”

Should you have any suggestions as to how the startup can be helped, queries or concerns about this matter, please feel free to email [email protected]