3D printing is changing prototyping and manufacturing. The event was a discussion on the effects of 3D printing in the auto industry today and how to maximize this technology for tomorrow.

Presenting on the topic of patent and intellectual property law was Matthew Schantz, who practices at Frost Brown Todd. We were unable to attend the event, but I recently had the chance to talk to Matthew about what we missed. 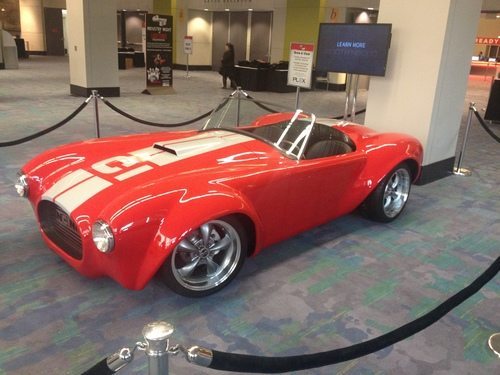 Katie: Hi Matthew, thank you for speaking to me today. What can you tell me about your background?

Matthew: My background is in electronics, and computer hardware and software. I do patents, I work in the patent field with mechanical devices and these kinds of structures (3D printers) all the time, so this is very exciting to me, and of course I work on the software side, software innovations that can make these processes work better are interesting to me as well.

Katie: So what can you tell me about the event on 3D printing in the automotive industry?

Matthew: Well we had 4 speakers, including myself. I spoke on the intersection of intellectual property with 3D printing, or additive manufacturing, especially as it applies to the auto industry. We also had a couple of people in the industry, including one fellow who does research on the topic, on 3D printing (Dr Sam Anand from the University of Cincinnati). We covered current events in the research and development side and in the commercialization side, and in the legal side. (The other speakers present were Mohsen Rezayat from Siemens and Rick Neff from Cincinnati Incorporated).

Katie: In regards to patents and IP laws, how can manufacturers protect themselves?

Matthew: Manufacturers can use the same techniques they used before, they can get design patents on the ornamental features of manufactured goods. Auto grilles, the front grille of the vehicle, or the hood ornaments, those kinds of pieces that are kind of unique and have some value because they match the original equipment. Those designs can be protected by design patents, and frankly by design rights in most jurisdictions. The functional aspects of cars and all their parts can be protected by utility patents in the US and most other jurisdictions. The problem is that people can infringe those without being detected now that we have widely distributed manufacturing resources like 3D printing. That’s the tricky part for manufacturers. 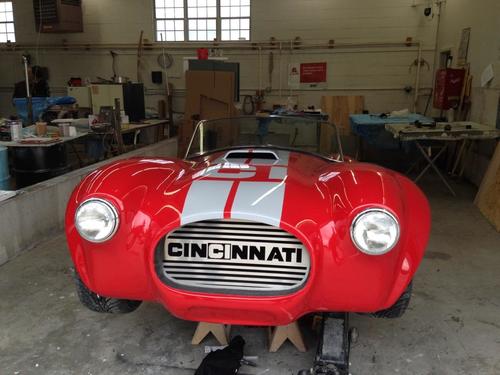 Katie: And what about people who create opensource designs?

Matthew: It is true that many people involved in 3D printing are making their designs opensource, but if I make a knock off of the Jaguar hood ornament and I say my design is opensource, that doesn’t mean that we are going to get sued by Jaguar. They still own the original rights, and whatever I say does not…you can’t take away their rights.

I wouldn’t say that the tendency for 3D printing designers to make their designs opensource effects auto maker’s rights. What I do think is effected is the kind of culture. I think a lot of the folks that are coming up with new ideas in 3D printing are opensourcing their designs, and that’s creating a culture where people like, and almost expect designs to be opensource. That will make it difficult for there to be a marketplace where people are making money because of their innovations in 3D printing.

Katie: What else can you tell me about the event?

Matthew: We had about 40 attendees from the industry, which wasn’t bad for our first event. My specific slot spoke about those design patent rights, really many risks that could be run to which people who use 3D printing could be subjected. From the IP rights I mentioned, design patent rights, utility patent rights. There could be trademarks embedded in the design itself, so making a new instance of that particular part and distributing it, or even making it for yourself and using it could subject you to liability under trademark law. There are potential health and safety issues with putting 3D printing into an employment environment, where employees who are using the technology to produce things, so that’s something to watch for.

I think government approval of 3D printed parts is lagging. The actual design and readiness of the marketplace to use them, for example, aircraft parts. It might be possible to 3D print them, it might be possible to make them as good if not better than other existing parts that are made using more traditional manufacturing techniques, but they still have to be approved. Getting governments to approve use of those parts in commercial aircraft is taking a long time, and that’s a commercial risk.

Katie: Is that because of safety testing, and needing to replicate the same results each time with all the printed parts?

Matthew: Exactly. Because there are more variables involved in a 3D printed part versus a cast part, for example. Having a part that’s cast at a certain temperature, in a certain shape, using a certain material, it’s very repeatable. But you might say you’re going to 3D print this given design out of this given material, but if you use a different 3D printer the result might be different. It might be stronger or weaker or have different edges, it just won’t be as repeatable as in the traditional manufacturing methods. I think that’s the hangup for government approval, and I think that’s a reasonable thing to pay attention to.

Katie: What else did you cover in your presentation?

Matthew: I talked about the legal risks with IP in design patents, utility patents, even copyright in the software designs themselves, we talked about opensource possibilities and I would add that one of the attendees was very interested in how to make sure your designs stay open. What you can do to make your design freely usable even if someone else wants to patent it, so we talked about that at length.

The other side of my presentation was that even if you want to protect your developments with IP you have some opportunity here, because it’s a wide open new area of science and engineering, and so I suggested that the software that takes a design as input and then outputs a similar design with less weight and less material but is still just as solid a structure, that kind of software could be patented. The different devices that do 3D printing could be patented. The different structures that you could put in a 3D printed volume with supports and networks of connected components, that could all be patented. So there is this 3D printing industry, the 3D printing concept opens up lots of opportunities for people to make new stuff, and shift from focusing on protecting the thing itself to focusing on how the thing is made using these new printing techniques, these new manufacturing techniques. 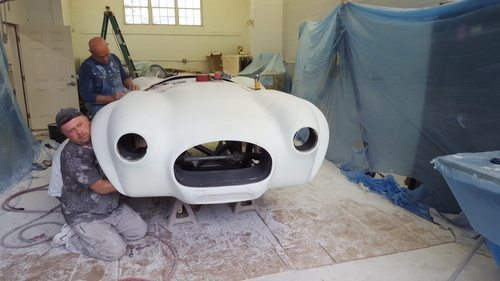 Katie: What can you tell me about the some of the other speakers at the event?

Matthew: Rick Neff is the sales manager for Cincinnati Incorporated’s BAAM product, it’s their large scale manufacturing device. They sell industrial grade 3D printing equipment, for very large spaces. They would set up one of these devices at a conferences, and print an entire vehicle at the conference, just sitting in this booth (laughs). They start from scratch, and print it out, and drive it off the floor. So it was pretty impressive, and he included videos of this happening in one of the 2 places, and told some of the stories of the implementations. Cincinnati Incorporated has done a lot, has gone a long way in that direction. In fact, one of the fun aspects of that is that they licensed the right to make a Cobra.

Matthew: It is, and it was 3D printed as they sat there (laughs). It’s pretty impressive. Rick had lots of pictures and stories in his presentation. Looking at a neat implementation of 3D printing on a large scale to make some pretty cool stuff.

Katie: Would you consider driving it?

Matthew: I would! I would drive a vehicle that was 3D printed in whole or in part, absolutely.

Katie: Thank you for your time today Matthew, it’s been a pleasure talking to you!

Keep your eye out for more on this exciting event, including an interview with Dr Sam Anand and his contribution.