The Ollie was released back in September by Sphero, which Michael Molitch-Hou covered back in April.  Ollie is a fun and fast robotic toy that users control by way of an easy-to-use Bluetooth LE app on Android and iPhone devices.  For $99, this robotic whirling dervish will spin, race at 22km/h, flip, and jump at your command.

In May, we also covered a 3D modeling and printing app from Maker’s Empire that was adopted in parallel with a curriculum at a few schools in Australia.  The Lighthouse Program, as it was named, was implemented as a means of preparing primary school students for the workforce that awaits them down the line.  The 3D modeling and printing app and curriculum was primarily created to teach students how to model and 3D print objects.

Recently, Sphero has teamed up with Makers Empire to introduce the Ollie Customizer app.  The Ollie Customizer allows you to customize the appearance of Ollie to create individual accessories before they are 3D printed. For example, users can create unique hubcaps, tires and armor, or select from a library of designs, which can then be printed using a variety of different materials, colors and textures.

The Ollie Customizer doesn’t have a help menu or instructions yet (they will be available soon), and the menu symbols are not exactly intuitive as to their meaning and function.  Like any 3D design program, the more experience you have with other programs, the easier it will be to navigate and perform design improvements with this app. 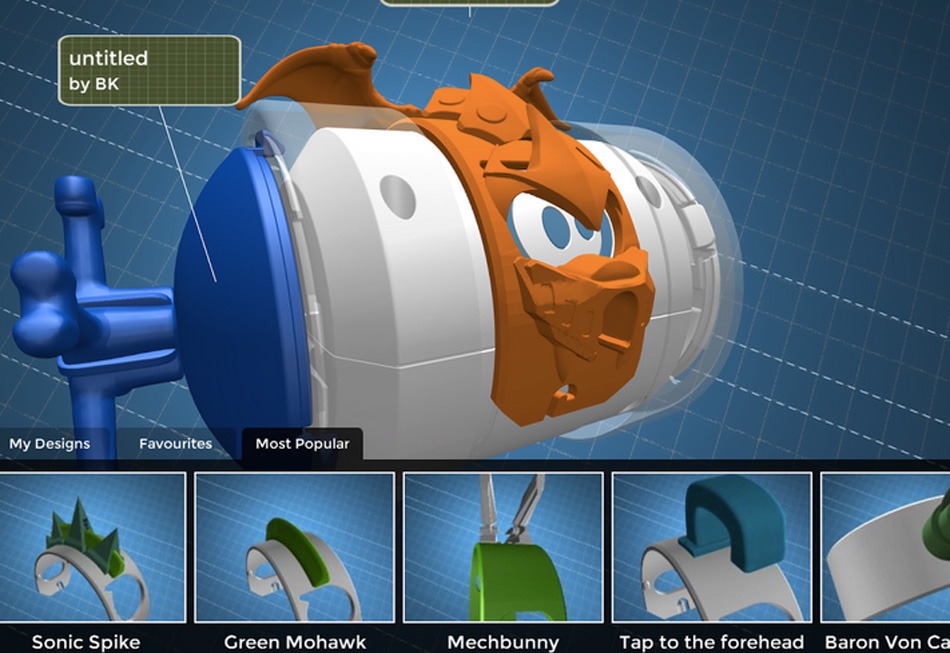 Once you’ve finished customizing your design, you have to pay $.99 to download the STL file.  As usual, you can either print it at home or send it out to a printing service.

According to Makers Empire Co-founder and CTO Roland Peddie, “We can’t wait to see what the Ollie fans around the world will create with Ollie Customizer. Mohawks and camera mounts are a given, I’d say, but I’m very curious what kind of wacky genius comes out of the Ollie community.”