Ricoh got into it in 2014 by partnering with Leapfrog and other tech companies and, like Spain-based BQ, even developed and manufactured their own systems. Now, another tech giant from Europe, Italy-based Olivetti, has decided that it is time to get into 3D printer distribution and launched its own professional grade system, the Olivetti 3D-S2, powered by Gimax.

Olivetti, which has been part of the giant Telecom Italia Group since 2003, was one of the companies leading technological innovation and automation in Italy throughout the 70’s and 80’s. The company now registers yearly revenues for €227 million, with international sales accounting for 40%. By December 31, 2014 the company had 582 employees and a direct sales organization, with an indirect network of dealers and distributors in 50 countries.

Headquartered in Ivrea, Olivetti is, today, a leading provider of products and services for SMBs, for the RETAIL sector and with solutions for Large Accounts. One of these solutions now includes their new, large-format (up to 400x400x400 mm) 3D printer, acquired through a partnership with Tuscany-based Gimax.

The S2 3D printer is one of the largest that Gimax offers. It has a complete anodized aluminum body and dual extrusion capabilities. With an enclosed printing space and heated bed, it can easily work with more advanced polymers, such as ABS, nylon, nylon carbon, and other composite materials, reaching printing speeds of up to 200 mm/s. 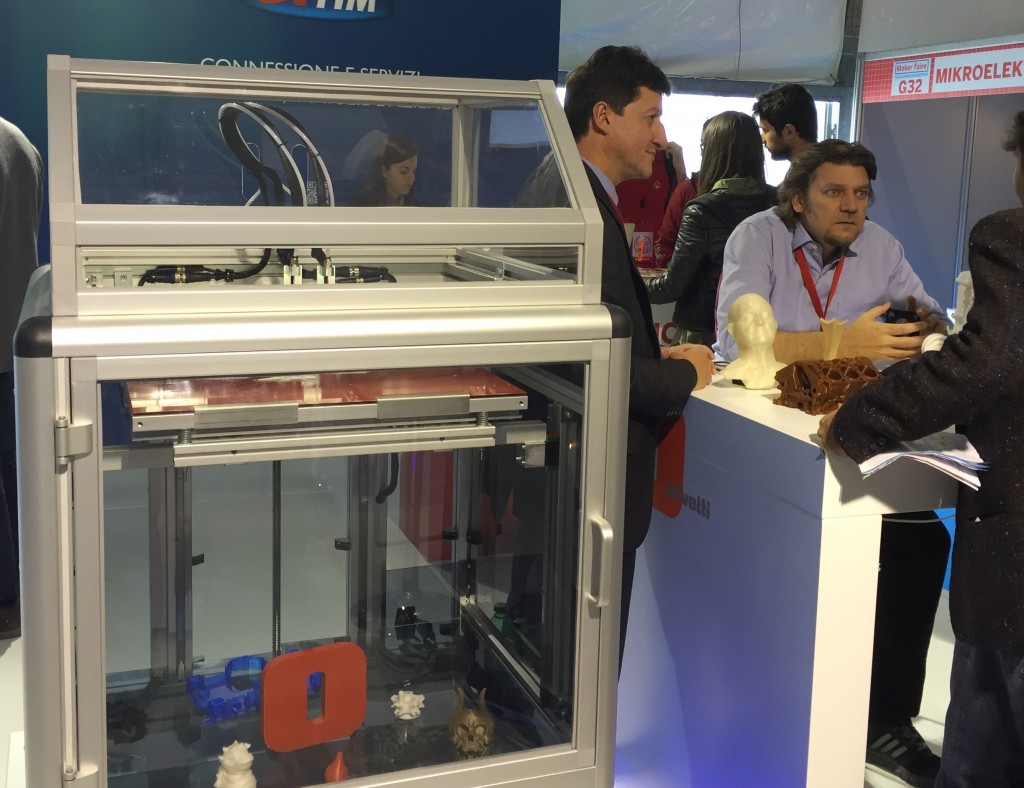 For Olivetti, this is an opportunity to begin getting a feel for the blooming professional, low-cost prototyping market. In fact, the company is already focusing on European distribution through its established international sales network, as confirmed to me by Jacopo d’Auria, from the company’s Product Line Specialised Systems & Office Solutions department.