The new monthly trend report from 3D Hubs for the month of July is in and, as usual, it contains an extremely wide set of information that accurately depicts one aspect of the 3D printing industry, the area of distributed manufacturing.  And though distributed manufacturing is something that many thought still very far away, that is, apparently, not so at all.

The first data that we need to consider is the panel that 3D Hubs is reporting on. It consists of 6.377 3D printers installed globally at week 67 of 3D Hubs’s history, which, if compared to the number of registered 3D printers on week 10 (290) -that is one year ago – represents a 2100% growth. That is exponential.

One other interesting piece of information that emerges is that 3D Hubs’ users have rated the professional €60.000+ Projet 660 and Zcorp systems as the top two for quality, surpassing the Form 1.  This is significant, as it shows that a growing number of professional players are offering their services through the network and that users are appreciating this evolution.

That said, 3D Hubs is able to depict an extremely illustrative picture of the 3D printers that are present on its network. We must consider that these are 3D printers used for distributed manufacturing, so the numbers may not accurately reflect the exact market share of each producer. MakerBot’s Replicator 2 and the Ultimaker systems are much more commonly used in this segment than other, more business oriented systems. 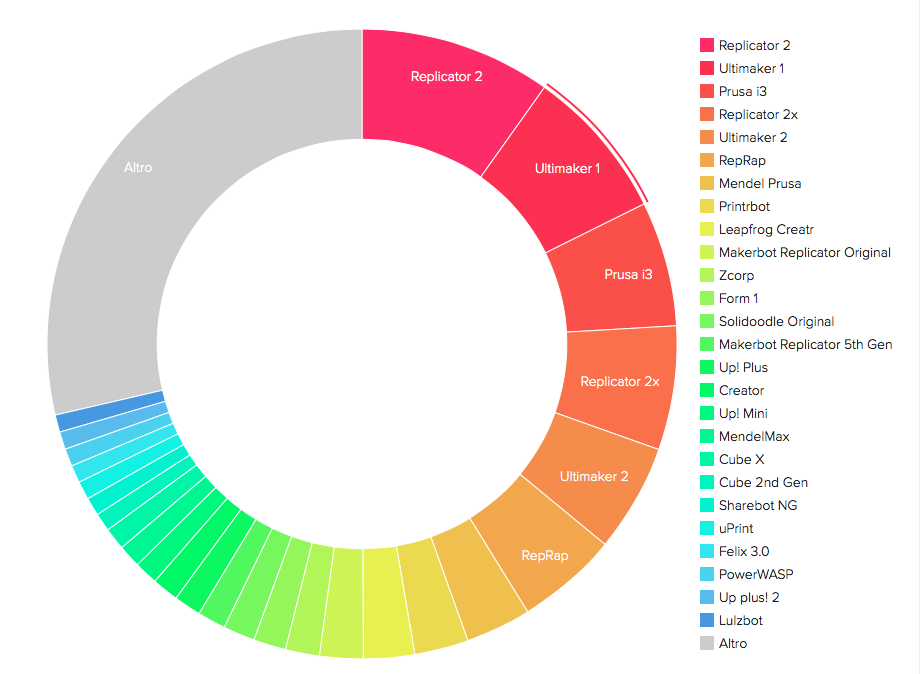 Nevertheless, MakerBot’s current global dominance is evident. Its systems combined (the Original, 5th Gen, 2 and 2X Replicators) represent a total of 1.206 Hubs (almost one fifth of all 3D Hubs’ 3D printers). Its Replicator 2 has the top share for 3D Hubs in the US and Asia Pacific regions, while the Replicator 2X is first in South America, tied with all other minor RepRaps combined. The only exception remains Europe, where Ulitmaker still leads with its original system and, combined with the Ultimaker 2 in third place, maintains an 18,6% share (using the European punctuation here since 3D Hubs is based in Europe). 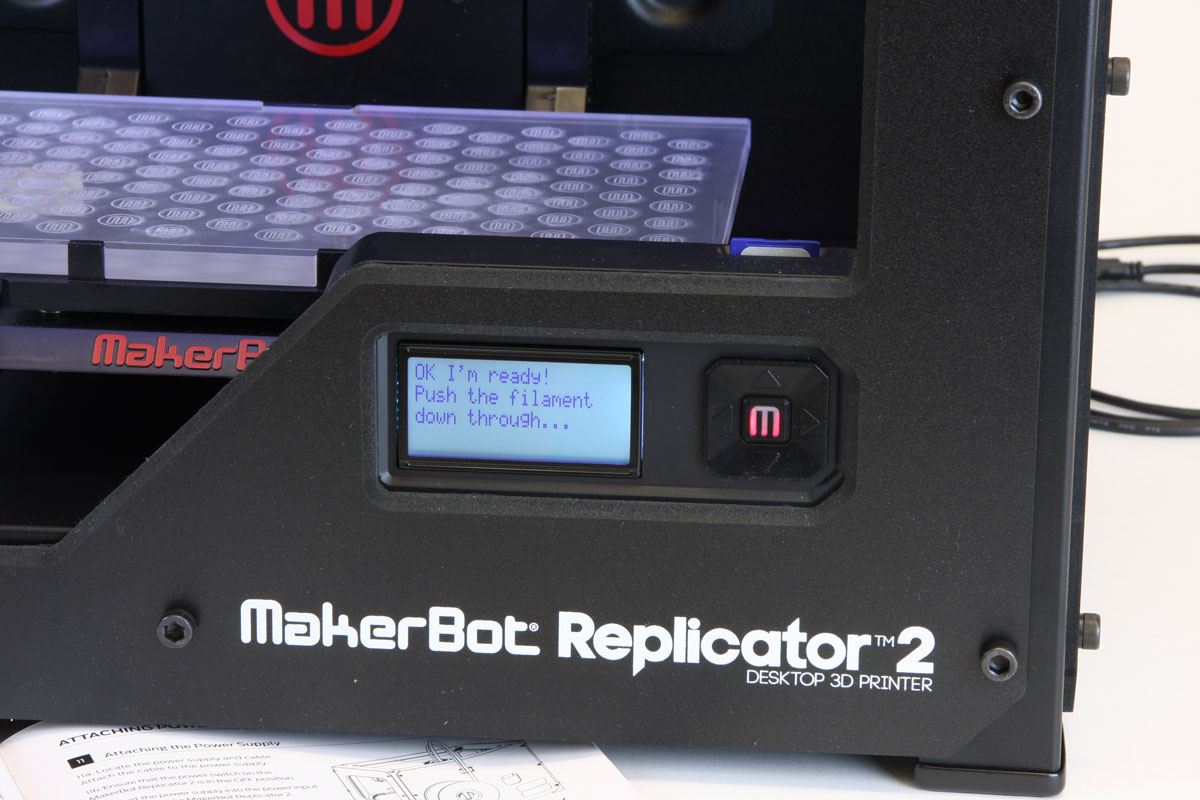 One very interesting chart is that which describes systems’ growth. It is lead by the Da Vinci 1.0 system by XYZ, showing that their low cost strategy (with closed filament) is paying off. Here, MakerBot is suffering: the new Replicator 5th Gen is growing by 22,2%, but it has lost 2 positions to the Afinia H480 and the Robo 3D printer, which might mean its momentum is slowing down (at least on 3D Hubs – which is not surprising, since it is thought as an easy to use prosumer/consumer system). 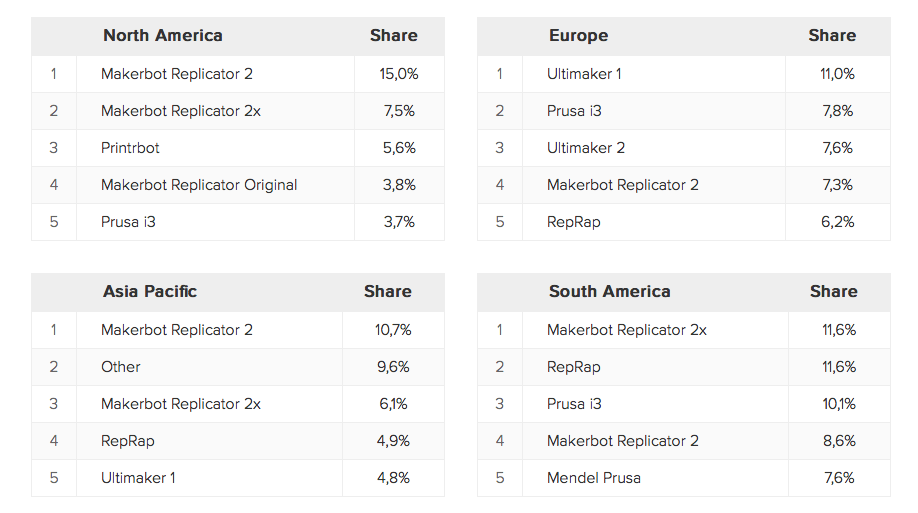 Most of the other charts remain rather stable, with Stratasys (Makerbot’s owner) as the top manufacturer in the distributed network and Milan as the number one city with 108 registered 3D printers, beating New York City’s 107 (The fact that I spent 98% of my life between these two cities makes me particularly proud). Also stable is the materials color chart, with white and black taking half the cake (although the other colors are growing). 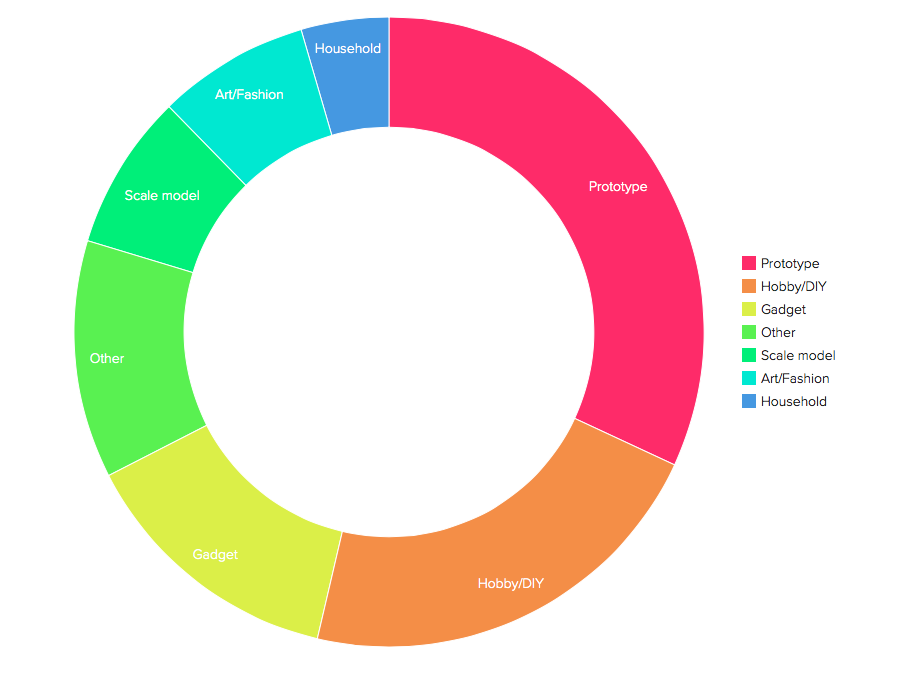 One last interesting piece of information is that, while the top categories for most printed items are still “Scale Models” and “Prototypes”, the average cost for consumer 3D printing jobs – such as the categories defined as “Art/Fashion” and “Gadget” – have dropped significantly, respectively from $47,3 to $37,9 (-19%) and from $44,2 to $28,7 (-35%). This means consumer objects are being printed at lower costs and probably more often. And this might be the biggest news of all for the future of distributed manufacturing.