On April 21, 2016 NASA announces the successful testing of a 3D printed fuel pump that may lay the first stone for the methane-fueled Mars lander.  Just to give you a broader prospective, did you ever imagined you would sit in a space-craft and are told, “It’s 3D printed and It’s safe, please enjoy your 3D printed food”, well that time is not so far away because NASA is gearing up to build the first fully 3D printed rocket and later plans to commercialize it. They have additively manufactured and successfully tested many high performance rocket engine parts like turbopumps, combustion chamber lines, injectors, valves and are currently investigating the possibilities of 3D printing electronic assemblies.

Marshall’s Space Flight members at Huntsville, Alabama have been working with various vendors to 3D print rocket parts, and after a hard three years things are really happenign happening!

“This is one of the most complex rocket part NASA has ever tested with liquid methane, a propellant that would work well for fueling Mars landers and other spacecraft,” said Mary Beth Koelbl, the manager of the Propulsions Systems Department at NASA’s Marshall Centre. “Additive manufacturing, or 3-D printing, made it possible to quickly design, build and test two turbopumps with identical designs that worked well with both liquid methane and liquid hydrogen propellant.”

When it comes to rockets, they are very different from jet engines although they are also engines but do not require air to work and carry everything they need during flight. NASA uses rockets to launch satellites and astronauts  in space. Rocket parts are very completed and require specialized manufacturing processes like Investment Casting to produce them. This often goes like a hit and trial approach, sometimes the required accuracy and tolerance is achieved very early(may be less than a year on the first go) and on certain occasions it might take more than a year  to produce a sound, defect free component to be used in a rocket. Well, there is a solution, with No design restrictions, Why not 3D print your rocket parts?

“This new manufacturing process really opened the design space and allowed for part geometries that would be impossible with traditional machining or casting methods,” said David Eddleman, a propulsion designers engineer at Marshall Space Flight Center in Huntsville, Alabama.

On this very instance, the rocket engine parts were manufactured using selective laser melting, a type of additive manufacturing that melts and fuses metal powder layer by layer, eventually producing the complete part. Just to mention the benefits of 3D printing, these parts are not only superior but require reduced lead time to manufacture.

“This successful test of a 3-D printed rocket injector brings NASA significantly closer to proving this innovative technology can be used to reduce the cost of flight hardware,” said Chris Singer, the director of the Engineering Directorate at NASA’s Marshall Centre.

NASA plans to produce parts 10 times faster and  lighter than developed through traditional manufacturing practices. But there lies another aspect, or perhaps the biggest factor; considering the extensive budget cuts over the past 20 years or more the space exploration agency is vigilantly considering ways to save money and still be able to explore the skies. This leaves NASA with no other option than to 3D print.

“We manufactured and then tested about 75 percent of the parts needed to build a 3-D printed rocket engine, By testing the turbopumps, injectors and valves together, we’ve shown that it would be possible to build a 3-D printed engine for multiple purposes such as landers, in-space propulsion or rocket engine upper stages”, said Elizabeth Robertson, who is the project at NASA’s Marshall Space Flight Center in Huntsville, Alabama.

Future possibilities are very encouraging for 3D printing, NASA is even exploring and investing in the idea of 3D printing super foods for their missions. Realizing the fact that 3D printed will drastically reduce the prices of components and parts used in the space agency and would still offer superior accuracy; 3D printing will directly impact the U.S space agency.

In a nutshell, 3D printing might explore new horizons for leisure and recreational space activities,  Inspiring companies like Virgin Galactic and XCOR Aerospace,  who are anticipating to create a sub-orbital space tourism industry could largely benefit from 3D printing. 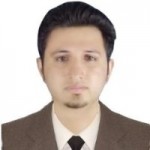 I'm a multi-disciplinary researcher and an experienced engineer in manufacturing. Hold a post graduate degree in materials and love to write about additive manufacturing. Started Cutting Edge Inc. - An R&D based organization in 2014.