When 3D printing material suppliers RoboSavvy Ltd. and plastic extrusion manufacturers Filkemp Lda. teamed up to create MonsterFil, their branded, large-spool plastic filament, there were some initial printer compatibility issues to be figured out. The goal of the partnering European companies was to increase the amount of filament on spools, while still offering a high-quality material and efficient printing process. But the team recognized that, without a motorized spool feeder, some 3D printers will not be able to efficiently rotate the big spool, potentially leading to clogging or other mishaps during the print. And, so, the MonsterFeed was born, a motorized spool holder created to run their heavy-duty 2.26kg and 4.54kg filament spools without a hitch. 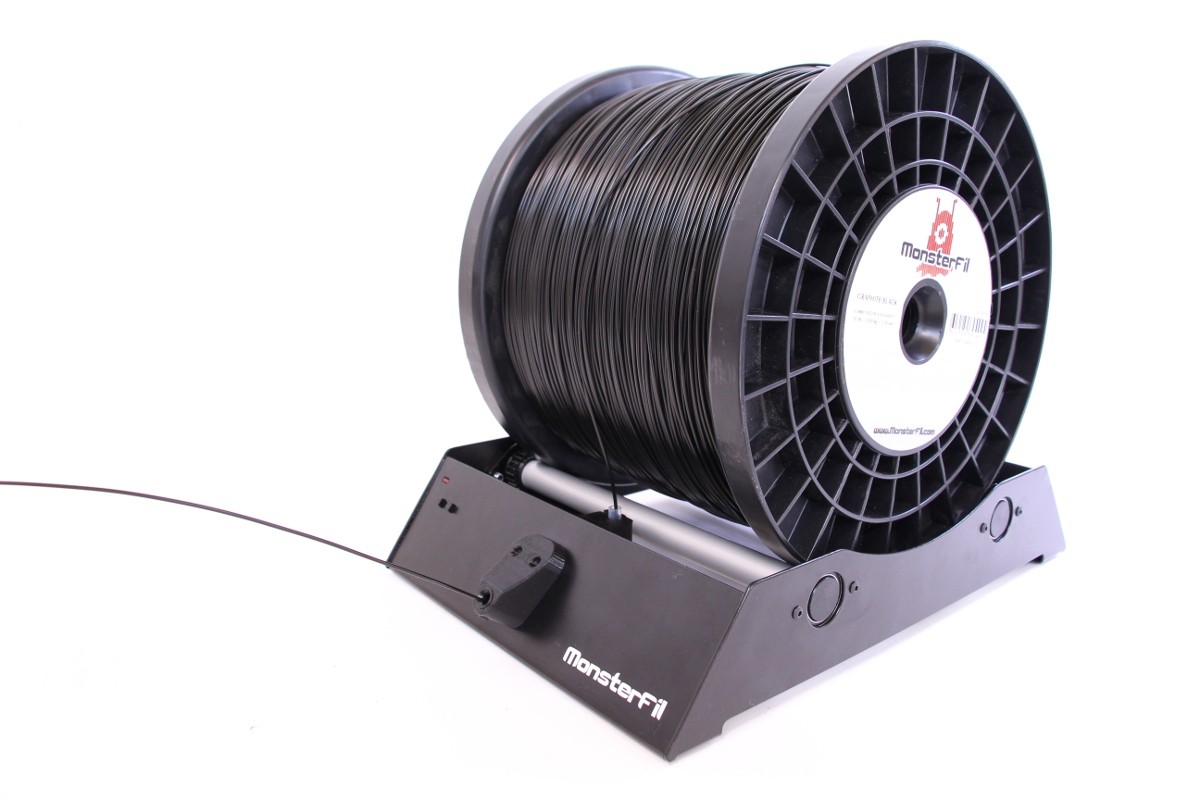 “When using a heavy spool without a motorized spool feeder, the 3D printer may not be able to apply enough force to rotate the big spool and lends to higher likelihood of missed steps and clogging that result in botched prints,” MonsterFil say in their recent press release. “That’s the reason most filament spools on the market are 1kg or less.” 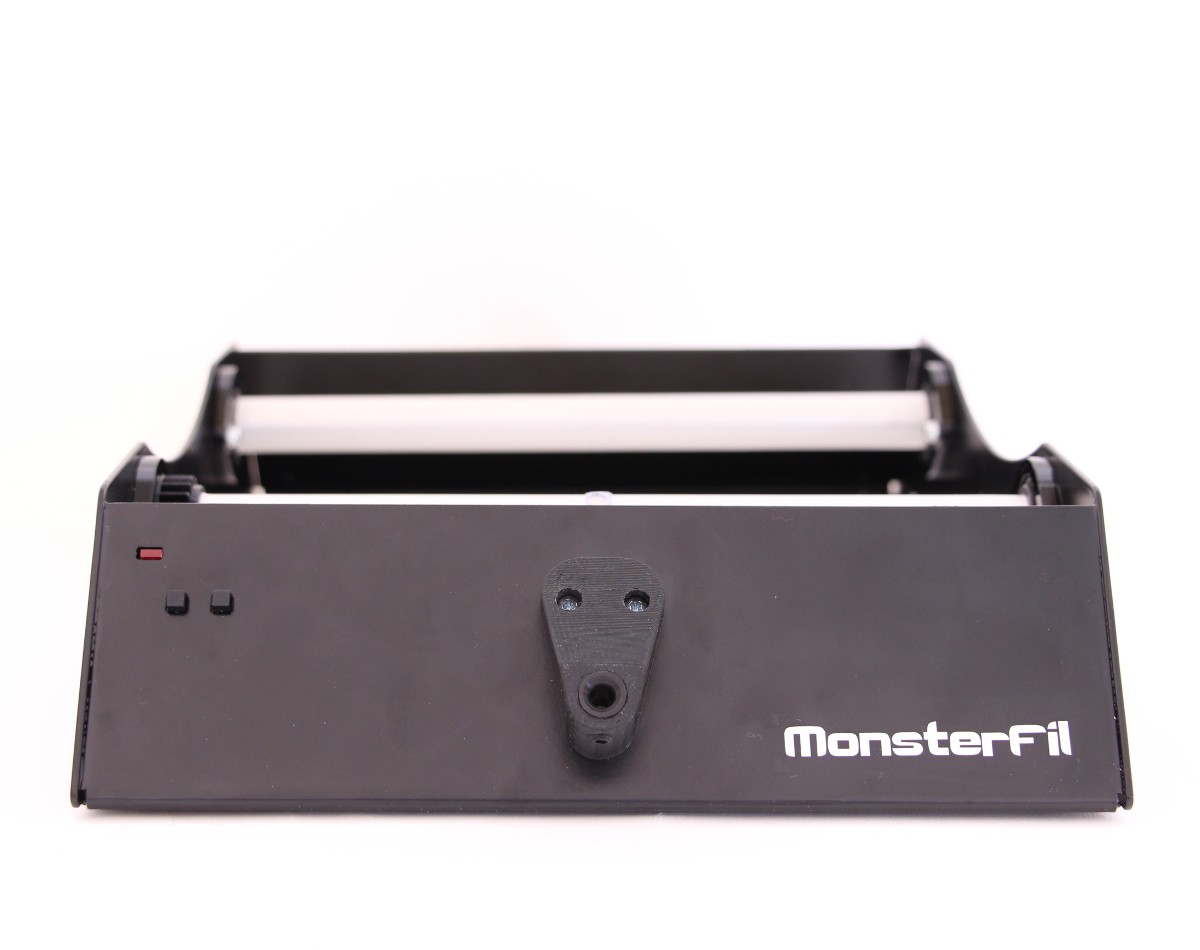 The MonsterFeed Motorized Spool Holder works intelligently by sensing tension within the PLA filament and easing this tension by causing the large-spool to rotate accordingly. The motor helps the 3D printer with pulling the PLA through smoothly, and even has a built-in alarm that sounds off when that smooth filament ride gets a bit bumpy. The MonsterFeed comes ready-to-use straight out of the box, and seems like an essential for anyone trying to use these super-sized spools. But, at this point, you may be wondering why MonsterFil’s large-spool filament is so appealing in first place?

Well, MonsterFil was created to help reduce the need to change spools and ensures that longer, more large-scale prints can be completed in one go-around. The filament itself helps feed itself through the printer, too, engineered with built-in lubrication that keeps the extruder running cleanly without friction. MonsterFil also claims that their specialized PLA is smooth in finish and appearance, due to a softener that is mixed into the filament, showing an equal focus on both quality and quantity. 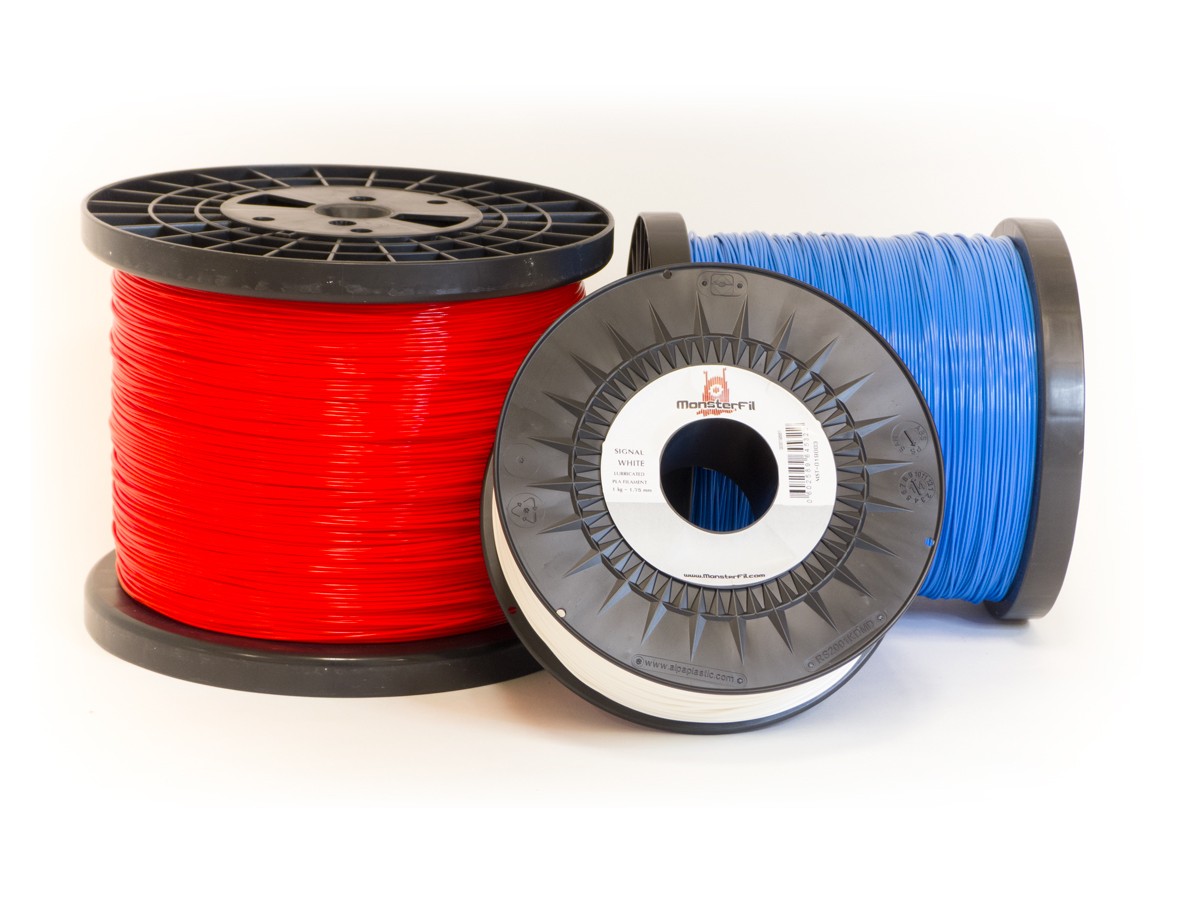 MonsterFil’s PLA is available in a multitude of colors, from the basics, such as black and white, to Pastel Orange, and for the amount of filament wrapped around the spool, is moderately affordable, too. The 2.26kg spool cost around £59.95, while the massive 4.54 kg spool is listed at £109.96. MonsterFil seems like an adequate solution for those Makers undertaking large-scale PLA-based projects, or even just for those enthusiasts with the belief that bigger is always better.