Educating people about 3D printing is one thing. Educating them using exclusive proprietary tools and expensive resources is quite another. And then there’s educating them with free, universally accessible, open source alternatives that make such an education sustainable and reproducible for generations, which is a truly authentic form of education.

This is exactly what Michigan Tech did in the Fall of 2014, as relayed on opensource.com. The university offered a new course called “Open Source 3D Printing” taught by Dr. Joshua Pearce, head of Michigan Tech’s Open Sustainability Technology (MOST) group, and a pioneer and propagator of technology for open and applied sustainability. In this course, students would build their own 3D printer (modeled on the open source RepRap design), use open source hardware to build and improve it, and use open source software to create designs with it. In turn, their designs would be openly licensed, completing and enriching the cycle of applied learning by open source. 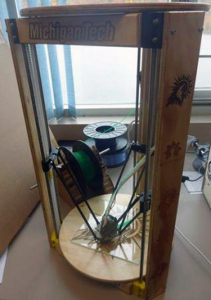 For a fee of $500, students were provided with a MOST Delta 3D printer builder kit and materials (at the end of the course, they would get to keep the printer they had built). The course would reference the book “Open Source Lab – How to Build Your Own Hardware and Reduce Research Costs”, authored by Dr. Pearce himself, for guidance on how to build, operate, and maintain their 3D printers.

Highlighting the significance of the open source nature of the course, Dr. Pearce said, “The students were all already makers in their own right, but the world of open source was new to most of them. So for example, some of the mechanical engineers that were already adept at the proprietary and expensive CAD learned how to use open source alternatives OpenSCAD, Blender, and FreeCAD. This is important because all the tools they use in the class will be available to them forever. They will not be chained to commercial CAD software, firmware, or hardware that will quickly become obsolete.” 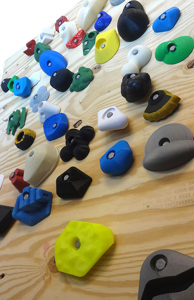 Once their printers were built, the students explored the design benefits and economic efficiency of 3D printing by applying the technology in the face of real world requirements. One project assignment had them build cheaper and better designed rock-climbing mounts. Typical professional climbing holds range from $50-100, with those for children costing about $5 each. With their designs, anyone could create their own custom mounts at home, for as little as $1.

A more challenging assignment involved making parts that aid sustainable development by fulfilling requests for 3D printable appropriate technology on Appropedia – the largest open Wiki dedicated to appropriate technology and poverty reduction. For example, one request from a doctor in Cameroon was for an Otoscope, a medical device used in the diagnosis of ear, nose, and throat diseases. Their design, available to anyone, can be printed and assembled in less than four hours, and would cost nearly 80% less than the commercial equivalent. Talk about learning and making a real difference at the same time! 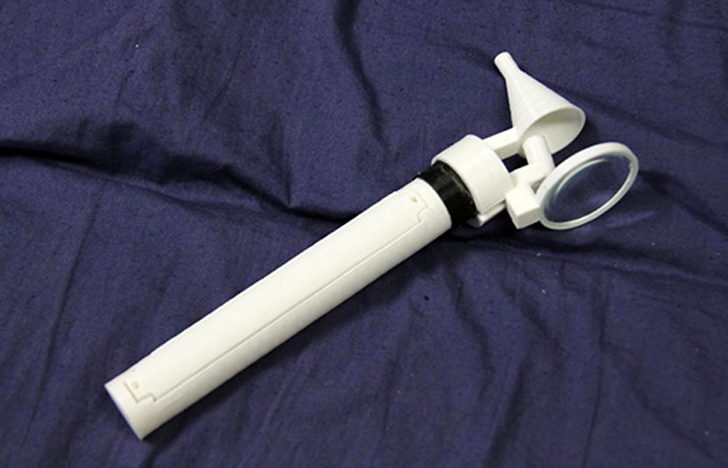 The students may not have developed these same faculties had they been working with closed-source, commercial education tools. As Dr. Pearce noticed, “The students would not get the same experience with mere access to some black boxes that can magically 3D print objects. By having an in-depth understanding of the tools, their designs were better. They were able to push the machines to their limits (e.g. printing a stethoscope vertically), and if that wasn’t good enough to do what they wanted, they could improve and hack the tools themselves.” 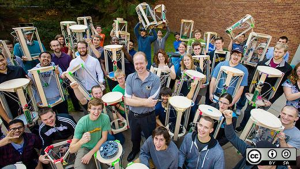 The beauty of the course, as Dr. Pearce puts it, is that “the whole thing from start to finish is free and open source (hardware, software, firmware, syllabus, assignments, and the results). There is no reason that this course could not also be ported to entry-level undergraduates and high school students, as almost all the tools used in the class were new to the majority of students. It is really exciting to think about what the next generation of engineering is going to be like having access to the force of open source.”

To read more about the course and the wonderful work Dr. Pearce (may the force be with him) is doing at Michigan Tech, do take a moment to visit here. In more ways than one, the course absolutely defines 3D printing of the people, by the people, for the people.