After much promotion, the long awaited MetalFAB1 3D printer has finally been unveiled at formnext in Frankfurt.  Developed by Additive Industries, the MetalFAB1 is being billed by the company as “10x better reproducibility, productivity and flexibility” in comparison to other metal 3D printing systems.

Additive Industries attributes this performance improvement to its smart feedback control and calibration strategies, as well as automated build plate and product handling, and “robust and thermally optimized equipment design.” The MetalFAB1’s modular design features multiple build chambers with built-in powder handling, allowing four materials to be used in a single machine without cross-contamination. With four full field lasers and a build volume of 420x420x400 mm, one of the three largest metal 3D printers of this type on the market, the system is also capable of 3D printing large objects without the need for stitching.   All of this combined suggests that this new machine can provide unprecedented productivity for users.

Daan Kersten, co-founder and CEO of Additive Industries, said at the formnext unveiling, “We are eager to work closely together with our Beta customers. We will team up to further develop the process, new materials and applications as well as testing the performance to substantially improve the business cases of our customers.” Four Beta-test machines have already been reserved by customers and Additive Industries will launch the Beta testing program next month. 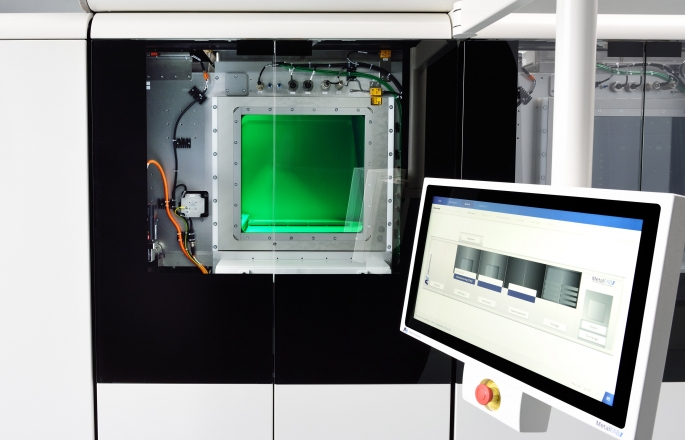 I have been awaiting the introduction of the MetalFAB1 since I first heard about it, less for interesting hardware implemented in the system and more for a partnership between Additive Industries and 3DSIM, a Kentucky-based startup that had been developing advanced print preview software for metal 3D printing.  The partnership was going to see the MetalFAB1 integrate 3DSIM’s software solution, allowing it to accurately predict how a metal part would look before printing and provide continuous closed-loop feedback in order to ensure print quality optimization. 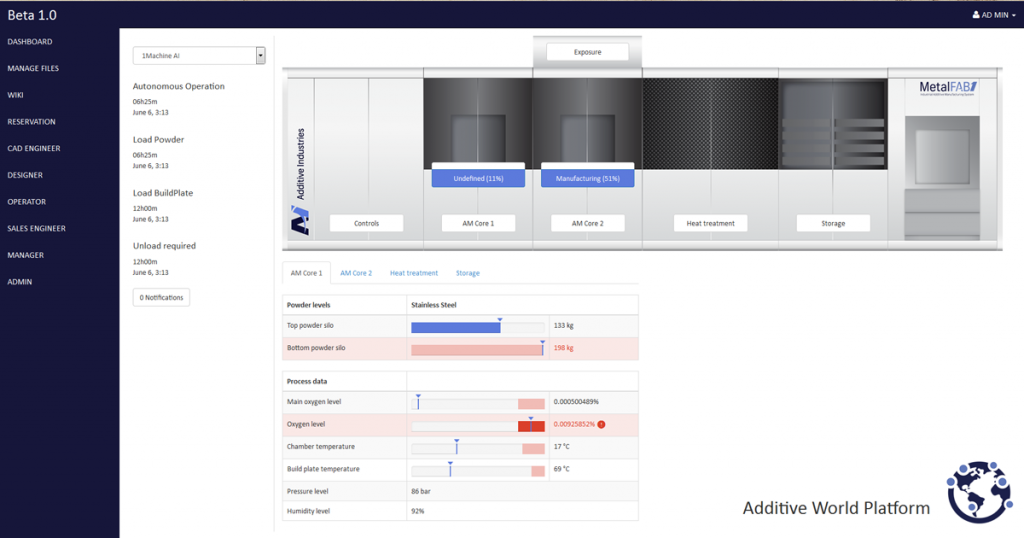 In this announcement, however, I saw no mention of 3DSIM, but only a new software called Additive World.  At this point, it’s unclear if 3DSIM is still involved, but, from the company’s website does describe the ability to ensure predictability “by combining simulation and in-process quality controls with the core additive manufacturing process.”  I’ve emailed the company to ask and will update this article as soon as I can.  Otherwise, it’s still safe to assume that the MetalFAB1 does bring a lot of unique features to the table, including automated build plate handling, four lasers working simultaneous, and multiple build trays.  These features and optimized reproducability could make it a game changer.