In some ways, we have Germany’s Fraunhofer system to thank for important progress made in the 3D printing industry.  In fact, even the USA’s own America Makes institute and the associated National Network for Manufacturing Innovation (NNMI) is modeled on Germany’s vast network of advanced research facilities. And there’s a reason for it, the Fraunhofer institutes continually put out some amazing work.  One of the latest comes from Fraunhofer Institute for Manufacturing Technology and Advanced Materials (IFAM) in Dresden, which has developed a unique method for 3D printing metal that could have promising results for the rapid mass 3D printing of metal parts.

As it turns out, the new technology takes a cue from screen printing. The layers of a printed object are translated into individual screens, which are placed into the system in such a way that a metal paste is spread over these stencils layer by layer. After the paste is laid down, each layer is sintered, burning out the binder and fusing the metal particles together into a solid part.  With each layer, however, the screens must be switched out manually, which is not desirable in a manufacturing environment.  This also means that screens must be produced for every single layer in a print job. 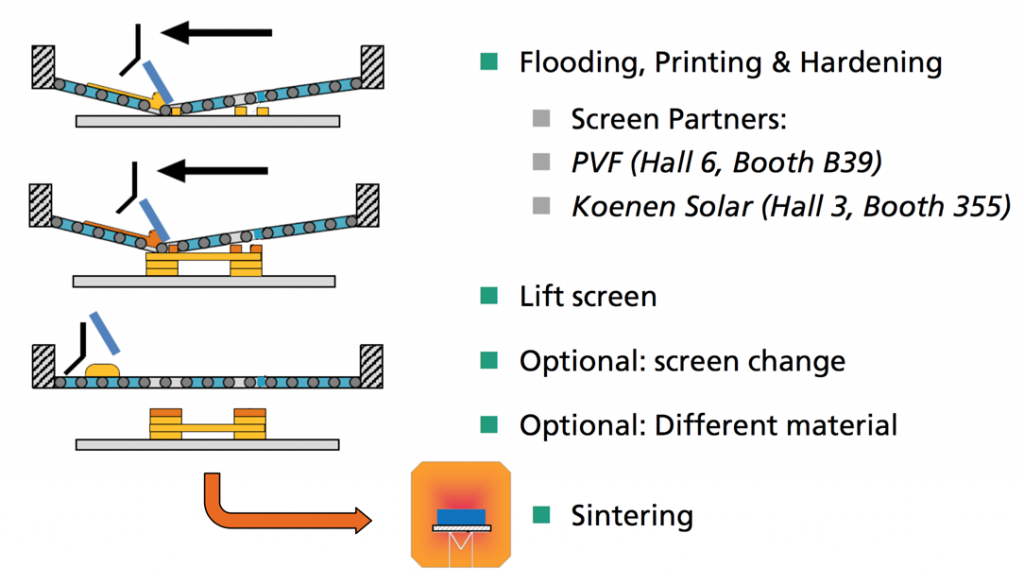 While the process has these disadvantages, Fraunhofer IFAM has already demonstrated that metal 3D screen printing is quite powerful.  With only five different screens, the facility 3D printed some 3,500 iron tubes in a single job, which they extrapolate to a production rate of 700,000 units per year.  The system is also capable of fine details of 60 microns.  Fraunhofer suggests that hollow parts can still be accomplished with this process and, more than that, materials can be changed during the printing process, which they’ve proven by combining steel with ceramics.

To overcome the drawbacks of metal 3D screen printing, Fraunhofer IFAM envisions combining systems for producing the screens themselves with the 3D printers, aiming for an automatic process.  Moreover, they believe it’s possible to scale up this system to have multiple machines all connected to one another to achieve rates 1,000 cm³/h. 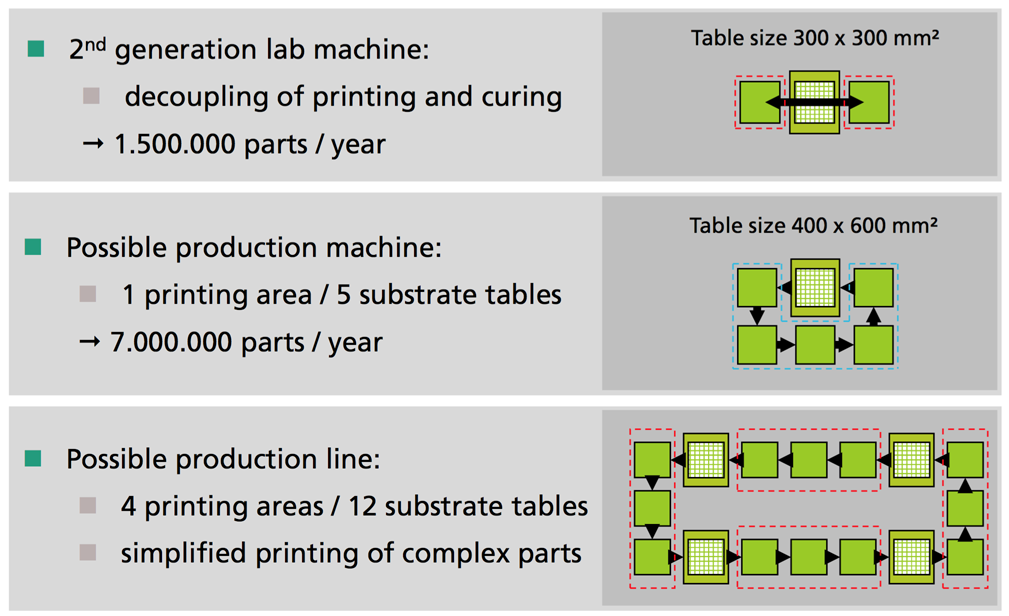 Because industrial 3D printers are often optimized by major companies to produce a single part – think GE’s mass additive manufacturing facility devoted to 3D printing only the LEAP jet engine nozzle – even a single automated metal 3D screen printer could be implemented for the production of a batch of complex metal parts.  Once the screen has been perfected, just one system could 3D print all of the parts necessary in large batches.  Something to think about the next time you’re getting an artsy screen printed t-shirt.